Hawley pledges fealty to Trump, puts GOP in a bind and positions himself for 2024 — all in bland, neutral language 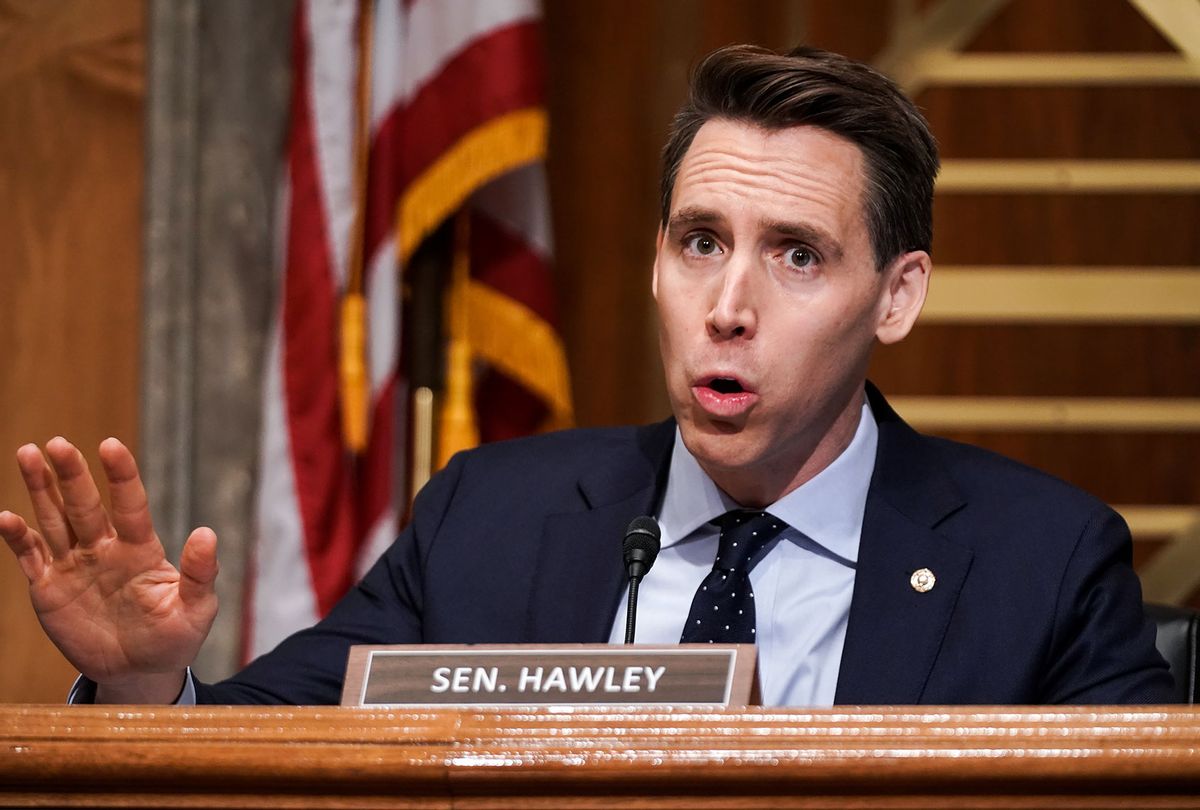 Sen. Josh Hawley, R-Mo., announced Wednesday that he intends to lodge an official objection to the electoral vote count in Congress next week, an event that under normal circumstances would be a routine ceremony to finalize President-elect Joe Biden's victory in the 2020 election. Since multiple House Republicans, led by Rep. Mo Brooks of Alabama, have already said they will raise similar objections, Hawley's move is likely to delay final certification of the election results by at least several hours.

More to the point, Hawley's objection would force the joint meeting of Congress on Jan. 6 to adjourn so both chambers can meet separately, debate the objections to electoral votes from specific states and then vote on them. This will present Republicans in both the House and Senate one last opportunity to stand with President Trump's fanciful but dangerous campaign to overthrow the election results, or to defy him and risk his enduring wrath.

Although Hawley is clearly announcing his fealty to Trump here — and quite likely seeking to position himself as Trump's potential successor on the populist right, should the president not follow through on his threats to run again in 2024 — the Missouri senator's statement sought to strike a bland, high-minded tone. Hawley mentioned "purported election irregularities," but only in vague and general terms: "At the very least, Congress should investigate allegations of voter fraud and adopt measures to secure the integrity of our elections. But Congress has so far failed to act."

Despite elaborate political fanfic on the far-right fringes, and a nearly commensurate amount of liberal paranoia, there is no realistic prospect that this potential spectacle will overturn the election results. Both chambers of Congress would have to vote by an overall majority to accept any objection to a given state's electoral votes, something that has not occurred since the passage of the Electoral Count Act of 1887. (That verbose and difficult law is itself under attack in the courts by pro-Trump Republicans, but the prospect of a historic adverse ruling before next Wednesday seems far-fetched.) This process has been invoked only once in recent history, when Democratic legislators objected to Ohio's electoral votes for George W. Bush after the 2004 election. Those objections were rejected by overwhelming majorities in both the House and Senate.

At least in theory, Hawley or other senators, acting in concert with Republican House members, could hold up final certification by hours or even several days, since the tangled text of the Electoral Count Act appears to require that all such objections must be dealt with individually before any states' votes are counted. But since all 50 states have submitted electoral votes certified by election authorities and state governors (and the alternate slates of pro-Trump electors from several states have been certified by absolutely no one), the pretext for such an extensive delay looks awfully thin.

Furthermore, it's obvious that the Democratic-led House will vote down any such objections — and highly probable that the Republican-led Senate will also. Senate Majority Leader Mitch McConnell, R-Ky., and his deputy, Sen. John Thune of South Dakota, have both opposed any significant delay in the vote count, and are likely to try to minimize the scale and scope of Hawley's protest. With several Republican moderates, including Mitt Romney of Utah, Susan Collins of Maine, Lisa Murkowski of Alaska and Pat Toomey of Pennsylvania, likely to vote no, a majority seems out of reach. (As it happens, Republicans will hold only a 51-48 Senate majority on Jan. 6, since no matter what happens in the Georgia special election the previous day, Sen. David Perdue's current seat will temporarily be vacant.)

So no, Donald Trump still can't overturn the election, and this attempt will fizzle out like all the others. Still, if Hawley follows through on his promise, there's no doubt that the damage inflicted on America's political system by the toxic tire-fire of the 2020 election will get even worse than it was already.

In addition to positioning Hawley as a potential Trumpian avenger, and forcing Republicans to make one more unpalatable choice between Trump and political oblivion — a choice in which the abyss arguably lies in both directions — this Lost Cause last stand seems calculated to convince hardcore Trump voters that Biden was "elected by Democrats" in some sort of anti-democratic Beltway coup. No doubt it's tiresome to observe that this is literally the inverse of reality, politics through the backwards-machine, as in Christopher Nolan's ill-fated 2020 film "Tenet." We've all been sent through that machine over and over again during the last five years — and Joe Biden's not equipped to switch it off.