Hank Azaria apologizes for voicing "The Simpsons"' Apu, a character who is "practically a slur" now 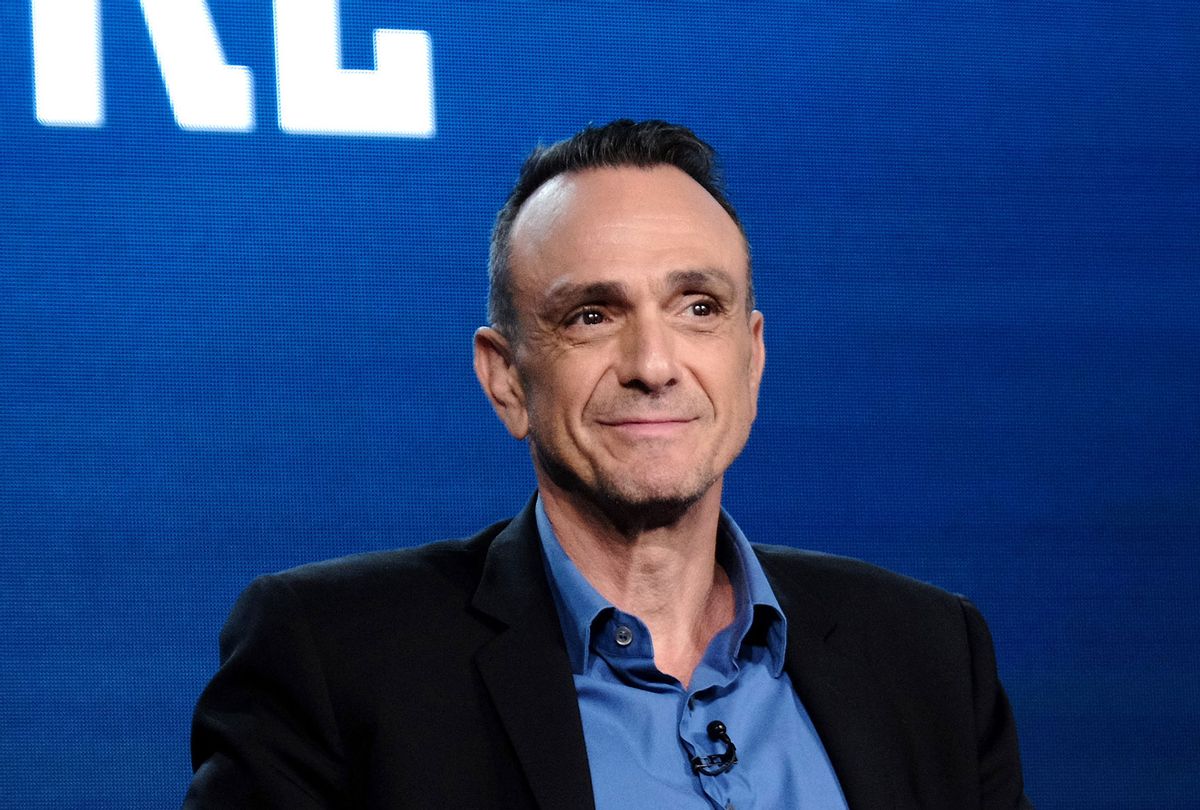 During a Monday podcast appearance, Hank Azaria, who voiced "The Simpsons" character Apu from 1989 to 2020, said that he now understands that the character contributed to "structural racism" in the United States.

When speaking with Dax Shepherd and Monica Padman, who is Indian-American, for their podcast "Armchair Expert," Azaria said that he had taken time to consider how his voicing of Apu Nahasapeemapetilon was offensive to the Indian American community after drew criticism from viewers for racial stereotyping.

Despite having a doctorate in computer science, the character, who was originally written as an undocumented immigrant from West Bengal, runs the Kwik-E-Mart convenience store in Springfield. As comedian Hari Kondabolu explained in his 2017 documentary "The Problem with Apu," the character's signature four-word phrase — "Thank you, come again!" — was often used against him during acts of bullying as he was growing up and racist slights as an adult.

"The popularity of 'The Simpsons' and Apu perpetuates the image of Indians being servile, devious and goofy, something he and millions of other Americans of South Asian descent deal with every single day," wrote Salon's Melanie McFarland in her review of the documentary.

Azaria acknowledged this during the podcast.

"I was speaking at my son's school, I was talking to the Indian kids there because I wanted to get their input," he said. "[There was] a 17-year-old, he's never even seen 'The Simpsons' but knows what Apu means. It's practically a slur at this point."

Azaria hadn't taken any of this into consideration when he had first accepted and developed the role.

"I didn't think about it. I was unaware how much relative advantage I had received in this country as a white kid from Queens," he said. "Just because there were good intentions — it doesn't mean there weren't real negative consequences to the thing that I am accountable for."

He then apologized to Padman. "I know you weren't asking for that, but it's important," he said. "I apologize for my part in creating that and participating in that. Part of me feels I need to go round to every single Indian person in this country and personally apologize."

Kondobulu tweeted in response to a Hollywood Reporter article about the podcast that "@HankAzaria is a kind & thoughtful person that proves that people are not simply 'products of their time,'  but have the ability to learn & grow. Nothing. But. Respect."

He later tweeted that he disliked people referring to the recasting of Apu as a "controversy."

"Racism isn't 'controversial,' it's a constant," he said. "Unless you think People of Color finally standing up for themselves is 'controversial.' However, I suppose a word like 'controversy' is more clickable than 'comeuppance.'"

Azaria had initially announced he would be stepping back from voicing the character in a 2020 interview with Slash Film. He later told the New York Times, "Once I realized that that was the way this character was thought of, I just didn't want to participate in it anymore. It just didn't feel right."

The show's executive producers initially responded with a short statement that said, in part, "We respect Hank's journey in regard to Apu. We have granted his wish to no longer voice the character." Later that year, Matt Groening, the creator of "The Simpsons" announced that characters of color would no longer be voiced by white actors.

"Bigotry and racism are still an incredible problem and it's good to finally go for more equality and representation," Groening said.

In an interview with USA Today last month, Groening also said that while the show has yet to recast a new voice actor for Apu, "they are working on something kind of ambitious" and that the writers have "plans for Apu, but we have to see if we can make the stories work."