Biden's massive infrastructure bill: The biggest public investment most of us will ever see

Biden's Build Back Better Bill can't be measured just in dollars and jobs: It's a strategy for the entire century 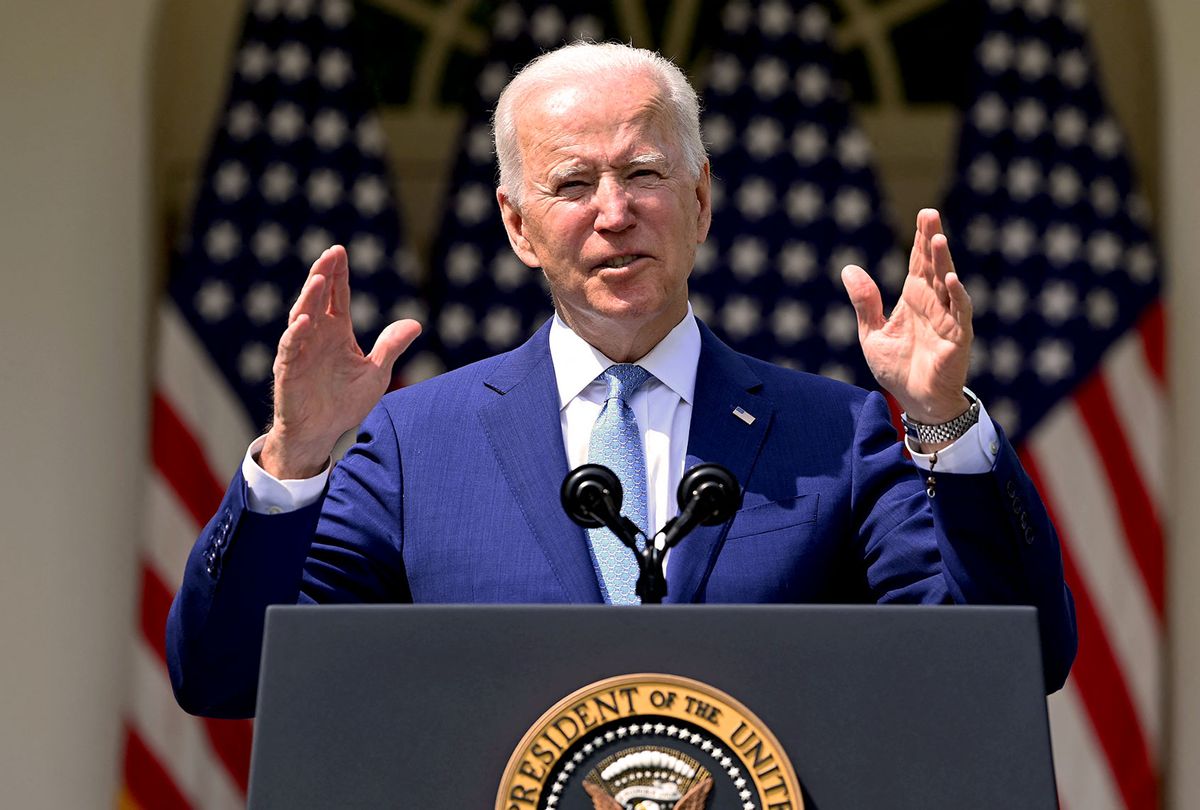 Reporting on the Biden administration's Build Back Better Bill — aka the infrastructure bill — has been is particularly uninformative, Paul Krugman thankfully aside, on the crucial issue of what, besides a massive economic stimulus, America will get out of it. What are the long-term returns on these massive investments? Indeed, one major Washington Post article referred to all the actual economic or social value of the proposed investments as "ancillary" to the number of dollars expended and jobs created.

We need to be analyzing and debating what this will all mean, beyond the administration's talking points — roads and jobs — and Mitch McConnell's response: "not enough roads and too many taxes."

It helps to keep three facts in mind:

The proposal is not a classic stimulus bill, nor a conventional congressional highway bill. It is a comprehensive 21st-century economic development strategy, framed by the need to embrace equity and accelerate climate progress. Its diversity of beneficiaries reflects that goal; no one sector of the economy can, all by itself, power America through the century.

Second, the discussion of whether the $2 trillion expenditure plan will risk runaway inflation largely ignores that the money will be spent over 10 years. Many of the investments will already be generating revenues, cutting costs and reducing deficits before all of the money is spent. If we are only counting the expenditure side of the ledger, the program looks much more expansionary and potentially inflationary than its reality is likely to be.

Third, by far the largest single category of spending, more than $1 trillion, is investments designed to help the U.S. accelerate the scaling-up of high-tech industries to stay ahead of Chinese and other competitors. Among the targets: $100 billion for modernizing the U.S. electrical grid, $174 million for electric transportation, $100 billion for extending broadband to every American household, $213 billion for upgrading and modernizing America's building stock. The administration also favors setting aside $400 billion in tax credits for advanced manufacturing, focused on the energy sector.

These are investments which at the current, ultra-low federal cost of borrowing are collectively profitable. Most will become wildly so over time. More than half the total Build Back Better program will, over time, be deficit-neutral, just as the financing of rural electrification in the 1930s and 1940s through REA made money for the government, and just as the Obama-era Advanced Energy Loan programs authorized in 2009 have already returned to the taxpayer more than was spent on them.

This use of the federal government's financial leverage to jump-start an "infant industry" (along with the term "infant industry" itself) goes back to Alexander Hamilton's 1791 "Report on Manufactures." It then became the basis of Henry Clay's "American System," which inspired Abraham Lincoln to use land grants to finance the transcontinental railroad. It was revived by Calvin Coolidge to create a commercial airline industry by setting aside subsidies for airmail and, of course, famously served as the heart of much of Franklin D. Roosevelt's New Deal. In the post-World War II era, many of these initiatives were disguised for the public as national defense expenditures — hence the puzzling title "Interstate Defense Highways" — but they continued through the 1960s.

So we know how to design programs which speed new industries to scale. The Treasury can borrow money far more cheaply than private borrowers. Small sums of such federal borrowing encourage much larger volumes of private investment in innovation. Again, the taxpayers will make money, if much less than the borrowers who directly benefit. American farmers made far more from rural electrification than the federal government did — and that was by design.

Wind and solar power have already demonstrated their profitability. The largest renewables company, NextEraEnergy, has a market cap roughly equal to Exxon's. Tesla, the pioneer electric-vehicle manufacturer, is worth more than the half dozen largest automakers combined. (Tesla was one of the success stories of the Department of Energy's loan guarantee program — and has fully repaid all its federal loans, ahead of schedule.)

But program design is critical if we want to get maximum leverage from federal financial support for emerging industries, and also ensure that the taxpayers get a fair return on their investment. (Interestingly, the idea that the taxpayers should earn a return on their investment in infant industries has actually been opposed by conservatives and Republicans over the years, and is more likely to be supported by liberal Democrats.)

But we won't design the right mix of loans, tax credits and direct grants, nor the right set of priorities and performance standards, unless we start paying attention to the return we expect to get on our investment. Will we insist that if we support expansion of broadband internet, as we must, that everyone gets served — or will we allow difficult-to-reach rural areas and small towns to be left behind? If upfront loans are needed to finance electric vehicle charging stations on the interstate highway system, but a decade later they are making money, will we insist that those loans be repaid when they can be? If the federal government is effectively providing huge investments to make offshore wind power possible, will the taxpayers get a fair return for that support once offshore wind becomes hugely profitable?

There's plenty to debate in Build in Back Better. I might argue there isn't enough money dedicated to water supply and purity, that America's 1,000 most dangerous dams need priority attention and that perhaps high-speed rail is not our sweet spot.

But for God's sake, let's start debating the actual substance of this enormous legislative package — the biggest set of public investments most of us will live to see.