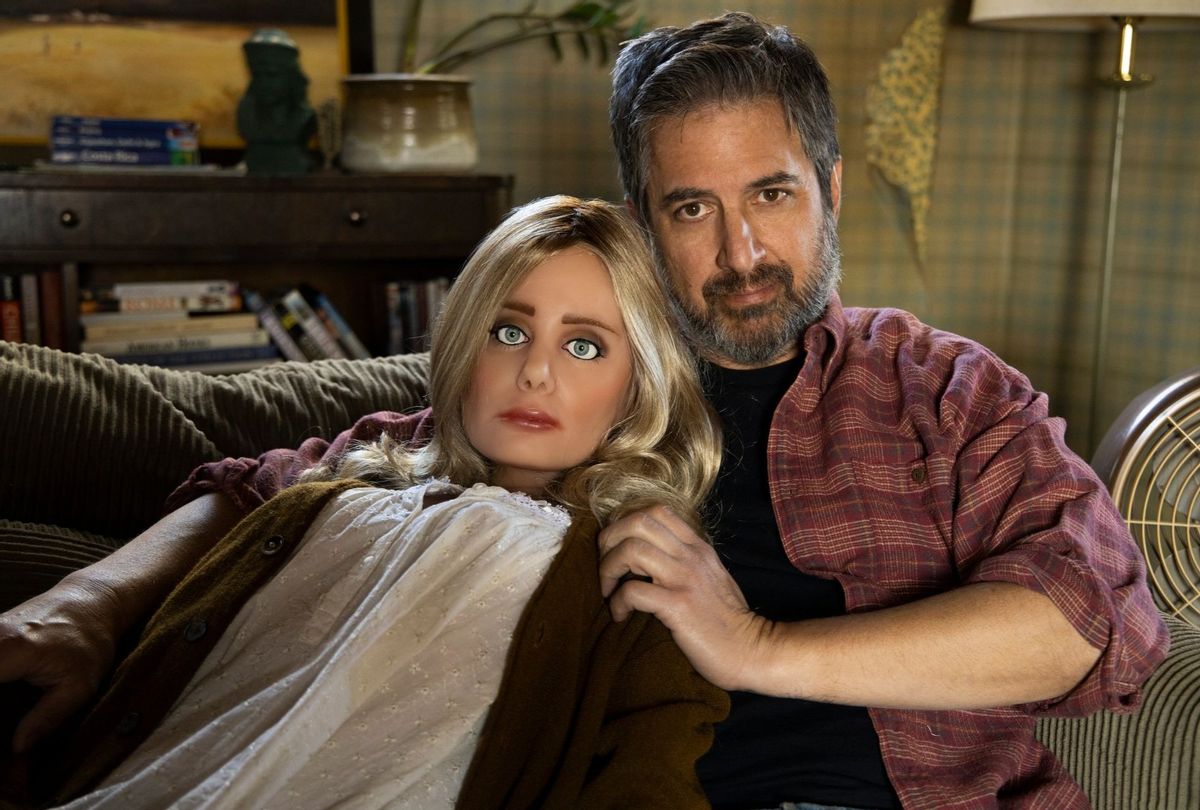 The following contains explicit details about the finale of "Made For Love." If you haven't seen the series and don't want to be spoiled, consider this to be your warning: stop reading now.

Terms and conditions. What other certainties are there in life besides those, death and taxes?

In the final analysis of HBO Max's "Made For Love," that's what life in a time of ubiquitous surveillance and technological shackling is all about. We are all negotiating what we're willing to give up in order to gain something else. The luckiest among us get to determine the parameters of their sacrifice and hope that whatever they get in exchange is worth what they lose, which could be wonderful, or some version of a prison sentence, or a bit of both.

So goes the final verse in The Ballad of Hazel Green (Cristin Milioti).

Viewed purely as a dark comedy lit by sunshine and the heat of frustration, "Made For Love" is a serviceable enough tale of a wife desperate for a divorce and a fresh start. The novelty is that Hazel is the fed-up wife of reclusive tech billionaire Byron Gogol (Billy Magnussen) who installs a chip in her brain allowing him to watch and hear everything she does as she attempts to flee his grasp.

"Made For Love" takes on some thought-provoking dimensions in the second half of the season as Hazel and her estranged father, a widower named Herbert (Ray Romano) team up, introducing the element of mortal frailty, error and the dirty, difficult business of getting by into the mix.

But Hazel spends most of the first season angrily and anxiously eluding capture and return to the marital prison an outsider might picture as as paradise: the virtual reality palace called The Hub she and Byron didn't leave for a decade entirely by his design.

Thus the initial question of "Made For Love" is fairly simple: How do you outwit an adversary to whom you've exposed everything, for whom you've quantified every feeling, and who is actually inside your head?

"Made For Love" is based on Alissa Nutting's 2017 novel, but with "Search Party" co-executive producer Christina Lee as its showrunner we should have assumed the runaway wife narrative wasn't the true A-plot.

Lurking millimeters beneath that skin was a more fascinating parable about the ways the social structure erected by the technological plutocracy is fundamentally inescapable, culminating in an unexpected finale. 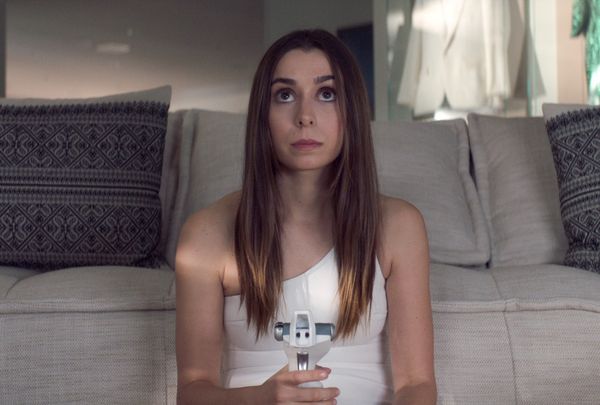 Cristin Milioti in "Made for Love" (HBO Max)

The ulterior aim of "Made For Love" is visible from the moment Magnussen's Byron, a stand-in for Mark Zuckerberg and Elon Musk, strides into view. Byron and his globally dominant company Gogol (ahem) are everything that's wrong about Big Tech and the patriarchal devil's bargain the public makes to reap its proposed conveniences.

In the finale Byron leaves The Hub to come to Hazel, meeting her at a diner to sign their divorce papers.

This is less an act of chivalry than a chess move. When he greets her, he declares himself a changed man and brags about having visited a grocery store and walked down city streets, only to confirm that life inside his perfect cube is better. In the normal world, he says, people are prisoners to life's variables like plumbing issues and other mundane annoyances.

"Do you realize that you're just listing stuff that poor people have to deal with?" Hazel tells him.

Their conversation reveals other bugs in their marriage, like the fact that their sex life was non-existent in order to fulfill Byron's desire to adhere to practicing what he called "performance celibacy." And the fact that Byron Gogol isn't really his name. He was born Greg Benson, the son of a mailman.

Hazel is livid at hearing this, and listening him admit that he's more afraid of being alone than anything else, mainly because it would mean he couldn't watch her. "I had to give you all of my vulnerability and you didn't give me any of yours?" Hazel says. "That system was built for you."

None of these confessions makes Byron any more human or humane; in fact, when Hazel seethes that he's treating her yearning to be free of him as a rough patch, he stops and thinks for a moment before replying, "That's really, actually a great name. See, I need you here. You're my muse!"

She should run away. We expect her to run away. Instead Byron presents a new set terms and conditions she can't refuse.

Byron agrees to remove the chip from Hazel's head and grant her request to dissolve their marriage . . .  then dangles the biggest carrot – guaranteeing medical help for a dying father in exchange for her companionship. This would come with equal partnership rights and limited freedom from The Hub.

She appears to refuse him but, in a turn as classic as "An Occurrence at Owl Creek Bridge," Hazel accepts. In the season's final moments we watch Hazel and Herbert enjoy pancakes together, only to find that Herbert's trailer has been absorbed into The Hub. Hazel forces a destiny upon her father achieved by technological hoodwinking, using the same means by which Byron manipulated her.

Milioti's impressive, wide-eyed charisma and the hangdog blues Romano employs to paint his portrait of Herbert collaborate beautifully on this point. Milioti roughens Hazel's edges all the while, but in the eight-episode season's back half she reasserts who she was before Byron captured her.

And yet her taking sanctuary in Herbert's run-down trailer as she tries to figure out what to do is more or less a lateral move for her, and a downgrade at that. But it's also something else, since contrary to Herbert's efforts to be off the grid he exists in an analog version of the place she ran from.

Herbert barely leaves the confines of his junkyard property, preferring the company of his anthropomorphized sex doll he's named Diane to relationships with actual people. 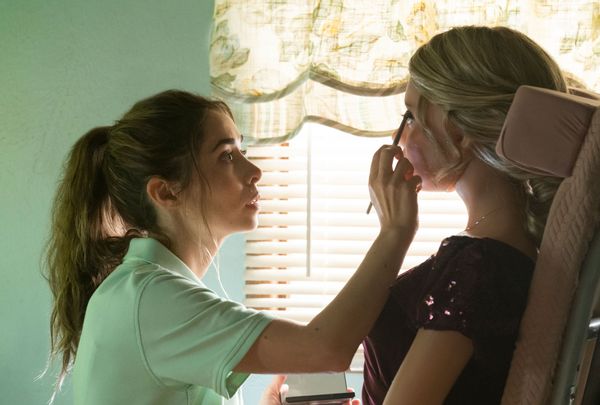 The parallels between Diane's role in Herbert's existence and what Hazel is to Byron is obvious, except at times Herbert gives Diane more consideration than he affords his own daughter. He also keeps his terminal cancer a secret from Hazel, which is certainly within his privacy rights. This is also a vulnerability, opening Hazel to Byron's influence yet again.

Herbert isn't necessarily above fighting technological incursion in kind, either. He calls in an ex who is an expert in DIY spycraft, also a nun — sure, go with it— and goes by the name Judiff (Kym Whitley). To help Hazel break free of Byron, Judiff litters Herb and Hazel's place with bugs and listens in on everything Hazel and Byron do. Meaning, Hazel agrees to be watched and eavesdropped upon to escape the spyware in her brain.

Magnussen steadily made Byron more pathetic and psychopathic over the course of the season, a tension heightened by his shoddy treatment of his security agent Herringbone (Dan Bakkedahl) and Fiffany (Noma Dumezweni). Of the two, Fiffany's plight is more acute. She's a scientist who believed she was developing the Made For Love chip as a means of communicating with animals. Instead Byron took her test subject, a dolphin, and put her in his swimming pool.

When Fiffany tries to free her aquatic friend, Byron imprisons her and Herringbone in a secret virtual field within The Hub, quite literally putting them out to pasture, except one containing predators to terrorize them. Are those monsters real or digital? Does it matter?

The way "Made For Love" transforms to juxtapose pure emotion with artificiality is stunning, and where it began as a series carried by Milioti and Romano's portrayals the eventual escalation and payoff is worth sticking around to enjoy, if that is in fact the right term. The show never lost the loopy sweetness augmented by its stars and grew more interesting as Milioti shirked off Hazel's conditioned taming.

Our last glimpse of Hazel shows her offering her hand to Byron, and he accepts it as they walk back to their perfect home situated under a sky that's always a bright, synthetic blue. It's the grimmest scene of the season and complicated enough to earn appreciation for its humanity. It also makes me wonder which will succeed in the end, a woman's desire or a man's thirst for better living through contracts, controls and coding.

All eight episodes of "Made For Love" are currently streaming on HBO Max.