The bioethics of the first human-monkey hybrid embryo

The creation of a human–long-tailed macaque hybrid embryo roiled the internet. We asked experts what this means 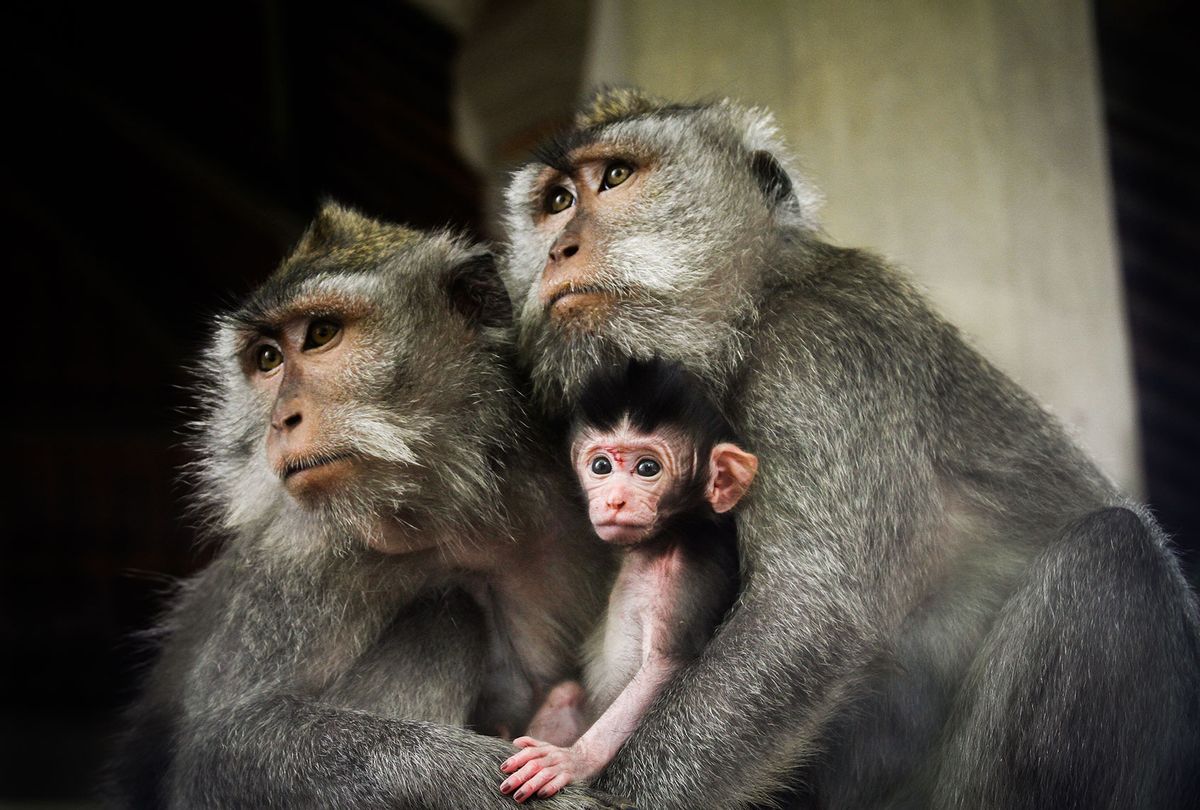 Depending on your point of view, the creation of an embryo that is part-human and part-monkey is either a great opportunity for medical experts to create organs and tissues for human transplantation; or, the starting point of a horror movie.

Either way, that premise is now a reality.

Per a new study published in the scientific journal "Cell," a team of scientists led by Dr. Juan Carlos Izpisua Belmonte of California's Salk Institute for Biological Studies created the first embryo to contain both human cells and those of a non-human primate — in this case, those of long-tailed macaques. This type of creation is known as a "chimera," or an organism that contains genetic material from two or more individuals.

Izpisua Belmonte's team injected 25 human cells known as induced pluripotent stem cells (or iPS cells generally, and hiPS cells when they come from humans) into the embryos of long-tailed macaque monkeys. Human cells were able to grow inside 132 of the embryos and the scientists were able to study the results for up to 19 days. Many sources report this as the first half-human half monkey embryo, although The Guardian claims that the same team actually developed one in 2019. Salon reached out to Izpisua Belmonte to clarify and will update the story if or when he responds.

This chimera experiment wasn't the product of mad scientists testing ethical limits: it had real scientific purpose and value. Indeed, with more research and a bit of luck, scientists could use the knowledge from these experiments to grow human organs in other animals.

"This knowledge will allow us to go back now and try to re-engineer these pathways that are successful for allowing appropriate development of human cells in these other animals," Izpisua Belmonte told NPR.

The embryo in question is not the first chimera to be created by scientists: For instance, Izpisua Belmonte and the Salk Institute were marginally effective in creating human-pig chimeras in 2017, the same year that researchers in Portugal created a chimera virus (in their case, a mouse virus with a human viral gene). There are also chimeras that occur naturally, such as twins who absorb some of their sibling's DNA. American singer Taylor Muhl says that a large section of skin on her torso is darker because it comes from her fraternal twin's genetic material.

The potential advantage of creating human-monkey chimeras is significant. It is often difficult for doctors to have enough organs to provide transplants to patients who desperately need them, and creating successful chimeras could allow scientists to manufacture organs rather than depending on donors. As Izpisua Belmonte told NPR, "This is one of the major problems in medicine — organ transplantation. The demand for that is much higher than the supply."

Julian Koplin, a research fellow with the Biomedical Ethics Research Group, Murdoch Children's Research Institute and Melbourne Law School at the University of Melbourne, pointed out in an email to Salon that the bigger concern about chimeras is when they lead to live-born creatures. These were just in the early embryonic stage, but if scientists are eventually able to develop human-pig chimeric animals for organ transplants, things could become ethically questionable.

"Most people think that humans have much greater moral status than (say) a pig," Koplin explained. "However, a human-pig chimera would straddle these categories; it is neither fully a pig nor fully human. How, then, should we treat this creature?"

Indeed, the chimeric embryo experiment already entered some ethical gray areas. As Koplin noted, "in many jurisdictions, human embryo research is subject to the '14-day rule' (which limits research to the first 14 days of embryo development.) These chimeric embryos were cultured until some reached 19 days post-fertilization. Should the study have stopped at 14 days? Arguably not, since only a small proportion of their cells were human. But how many human cells are too many? At what stage should a chimeric embryo be treated like a human embryo?"

Dr. Daniel Garry, a professor at the University of Minnesota who has written extensively about the science and ethics of chimeras, broke down the issues with Salon by email. He noted that ethical concerns against the technology include fears of human cells contributing to "off-target" organs such as the brain, although he added that he and his colleagues "recently showed that this contribution does not occur." Likewise, he feared the possibility that a human embryo could wind up being inadvertently developed in a large animal.

Moreover, Garry said that with chimera research in general, ethics issues abound regarding the humans who contribute cells to such research. In the case of the monkey-human chimera embryo experiment, humans who contributed cells that were reprogrammed were aware and gave consent to have that happen.

Garry added that there are also questions about "whether some organs might be appropriate but others not — for example, generating a pancreas or heart is OK, but having a monkey or a pig with human skin or human hair may not be OK for some." He also noted that there are usually ethical arguments that arise whenever there is a "paradigm shifting discovery" from people who are that "leery of scientific advances."

At the same time, Garry said that there are a number of strong ethical arguments in favor of chimeras. He pointed to how there are many terminal chronic diseases which do not have curative therapies and whose patients would benefit from the biotechnology created by chimera research. It could reduce healthcare costs, increase the supply of transplant organs and potentially reduce or eliminate the need for drugs to prevent an adverse immune system response.

"As I understand it, the aim of this study was to help improve techniques for creating human-animal chimeras," Koplin explained. "Chimeric animals could be used for disease modelling or to generate transplantable human organs. These advances could save lives — which is an important moral reason to pursue them."

Henry T. Greely, a professor for the Center for Law and the Biosciences at Stanford University who wrote about the ethical questions pertaining to chimeras in "Cell," told Salon that defining what counts as a chimera is "tricky."

"Every time a person gets an organ transplant, the result is an intra-species chimera: an organism made up of cells from two members of the same species," Greely noted. "Another example is the way that some pregnant women end up permanently carrying cells from their fetus. When a human gets a pig heart valve, she becomes an inter-species chimera. When a mouse gets human cells, for example to test to see how committed they are to a development path (whether or not they are "pluripotent"), that's a chimera." He also noted that scientists might put human brain tissue into a rat's brain to study the human cells in a way that would not be ethical to do in other people, since they eventually need to kill the test subject and study its brain slices.

What makes the new monkey-human chimeras unique, Greely explained, is that they were manufactured by injecting human cells into am embryo at its blastocyst stage, or right before an out-of-body embryo can normally develop without being implanted into a uterus.

"That means that the human cells, and the monkey cells, are so early in their development that the human cells might end up in any body tissue," Greely noted. These types of chimeras are not difficult to create within the same species, but are harder to do the more two species diverge. Naturally the researchers' ultimate goal is to develop technology that will allow them to create large quantities of human organs for transplantation.

"They tried the monkeys to see if the human cells would do better in this closer species (answer: yes) and whether that could help them learn how to make human cells thrive in pig or sheep embryos (answer: way too soon to tell)," Greely pointed out.