10 facts about Beulah Mae Donald, the woman who took down the KKK

"The People v. The Klan" tells the story of a mother who would stop at nothing to get justice for her son's killing 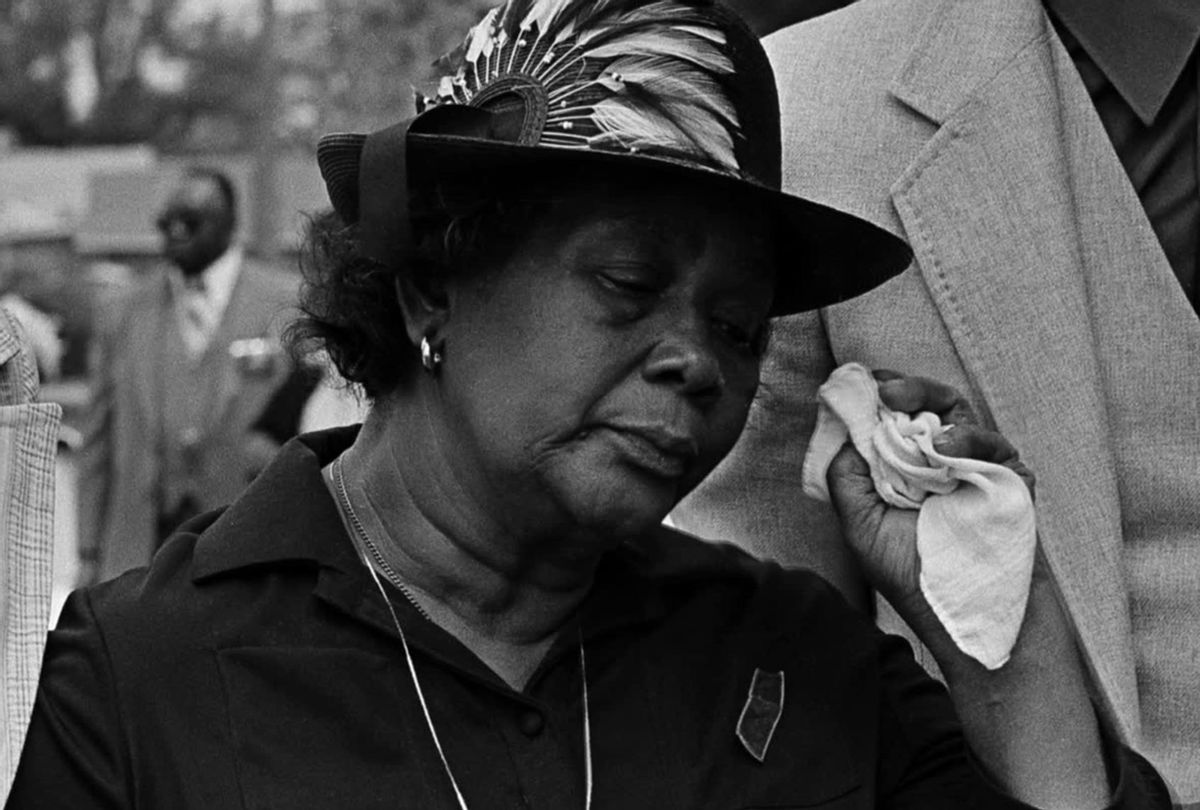 On March 21, 1981, in Mobile, Alabama, 19-year-old Michael Donald was kidnapped, brutally beaten, and lynched by James Knowles and Henry Francis Hays, members of the United Klans of America — an Alabama faction of the KKK, and (at the time) one of the organization's largest, and most violent, groups.

In many ways, the brutal attack on Donald was the result of being in the wrong place at the wrong time. In the week leading up to his murder, Mobile had become a hotbed of Klan activity due to the trial of Josephus Anderson, a Black man accused of killing a white police officer during an armed robbery in nearby Birmingham. Though the jury was still in deliberations at the time of Donald's murder, the fact that some of the jury members on Anderson's trial were Black didn't sit well with the KKK. Earlier in the week, according to one of his fellow Klansmen, Hays — worried that Anderson would be allowed to walk free — had even stated that, "If a Black man can get away with killing a white man, we ought to be able to get away with killing a Black man." And with that, a plan was set in motion.

It was late at night and Donald was walking home when he crossed paths with Knowles and Hays, who were on the hunt for a victim. They ordered Donald into their vehicle and proceeded to carry out an extremely brutal, and hours-long attack on the teen. It ended with Hays and Knowles hanging Donald's body from a tree on Herndon Avenue, just across the street from Hays's home. But it wasn't the end of Donald's story.

"The People v. The Klan," a four-part CNN Original Series produced by Blumhouse Television, tells the courageous story of Michael's mother, Beulah Mae Donald, who would stop at nothing to get justice for the senseless killing of her son. Here are 10 facts about the woman behind the bravery.

1. Beulah Mae Donald was a single mother to seven children.

Michael Donald was born in Mobile, Alabama, on July 24, 1961; he was the youngest of Beulah Mae Donald's seven children. Soon after Michael's birth, Beulah Mae divorced her husband David (Michael's father), who had moved the family to New York City. Beulah Mae moved back to Mobile and began raising her children as a single mother. "I wasn't able to get everything for them,'' Donald told The New York Times in 1987, "but I let them know the value of things."

In the days leading up to Michael's murder, Beulah Mae began having nightmares that death would strike her family. One recurring image included a steel-gray casket with the corpse of a young man whose face she could not make out. It was this dream that woke her in the early morning hours of March 21, 1981, which is when she realized that Michael was not in his bedroom. Beulah kept herself busy for hours awaiting Michael's return. It was around 7 a.m. that she received a phone call and learned of her son's tragic murder; her worst nightmare had become a reality.

3. Beulah Mae Donald insisted on an open casket at her son's funeral.

Just like Mamie Till, the mother of Emmett Till, before her, Beulah Mae insisted on an open casket funeral for her son, so that the public could witness for themselves the horrific sight of what had been done to Michael. She told The New York Times that she opted for an open casket public viewing "so the world could know" how the Klan had lynched her son and better understand the deep trauma and pain that she and her family were experiencing.

4. From the beginning, Beulah Mae Donald knew the Klan was responsible for her son's murder.

Upon learning that her son had died, Beulah Mae immediately concluded that the reason for his death was racially motivated. Although the police tried to float some other theories, Beulah Mae—and much of the Black community of Mobile—knew otherwise. As a result, the community gathered together to hold demonstrations and make sure that Michael's murder was being properly investigated. As one of the last reported lynchings in the United States, Michael's death gained national attention, which only increased the pressure being put on the Mobile Police Department to find the killers.

Beulah Mae helped draw attention to her son's death, and her own fight for justice, by working with the Black community in Alabama to organize local rallies and protests. Her grassroots organizing eventually caught the attention of Reverend Jesse Jackson, Sr., who came to Mobile in 1981 to help bring further attention to Michael Donald's murder on a national scale.

6. Beulah Mae Donald was a woman of faith, which helped in her fight for justice.

Initially, three suspects were arrested for Michael's murder on March 25, 1981 — just days after the crime. But they turned out to have nothing to do with it and were released in June 1981. It wasn't until June 1983, a full two years later, that the real culprits were indicted: James Knowles confessed and implicated Henry Hays, who pleaded not guilty.

After experiencing the devastating loss of her son and the lack of justice for his murder, it was Beulah Mae's deep faith that gave her the strength to keep fighting for the truth. In 1988, longtime Alabama senator Michael A. Figures, who assisted Donald in her justice-seeking efforts, told EBONY Magazine that Donald had "an indomitable spirit buttressed by a strong faith in God. In many ways, she is the typical Black matriarch who has struggled to keep her family together."

7. Beulah Mae Donald sued the KKK, but it was never about money.

By June 14, 1984, both Knowles and Hays has been tried and sentenced for the murder of Michael — but Beulah Mae wasn't done. While the men killed her son were behind bars, the organization that had fueled their racism was still a threat. So Beulah Mae filed a more than $10 million civil suit against the United Klans of America, the Knights of the Ku Klux Klan, and several other individual groups and members. But the lawsuit was never about money.

"Money don't mean a thing to me," Donald told the Associated Pressabout her lawsuit in 1987. "It won't bring my child back. But I'm glad they caught the guilty and brought them to court."

The Donald family was awarded a $7 million judgment against the United Klans of America and several of its members. The judgment, which essentially bankrupted America's largest chapter of the KKK, was handed down by an all-white jury after just four hours of deliberation. While it was certainly a substantial amount of money, Donald was clear about one thing: "Money don't mean a thing to me," she told the Associated Press. "It won't bring my child back. But I'm glad they caught the guilty and brought them to court."

By demanding that the United Klans of America be held accountable for the actions of its members, Donald's lawsuit also set a precedent for other legal actions against violent white supremacist organizations and other groups who commit hates crimes.

The Donald family may have won $7 million in court, but the Klan did not have the funds to pay the judgment. Instead, they had to give Donald the only real asset of any value they had: the deed to the United Klans's 7,000-square-foot national headquarters building in Tuscaloosa, Alabama, which was valued at about $225,000.

In 1987, Donald sold the building and used the money to buy her first home.

Beulah Mae Donald died from natural causes at the age of 67 in September 1988, but both her and Michael Donald's legacies live on, particularly in Mobile. In 2006, nearly a quarter-century after his death, Herndon Avenue — the street where Michael's body was found — was renamed Michael Donald Avenue in his honor.