Here's how scientists calculated how many T. Rexes lived on Earth 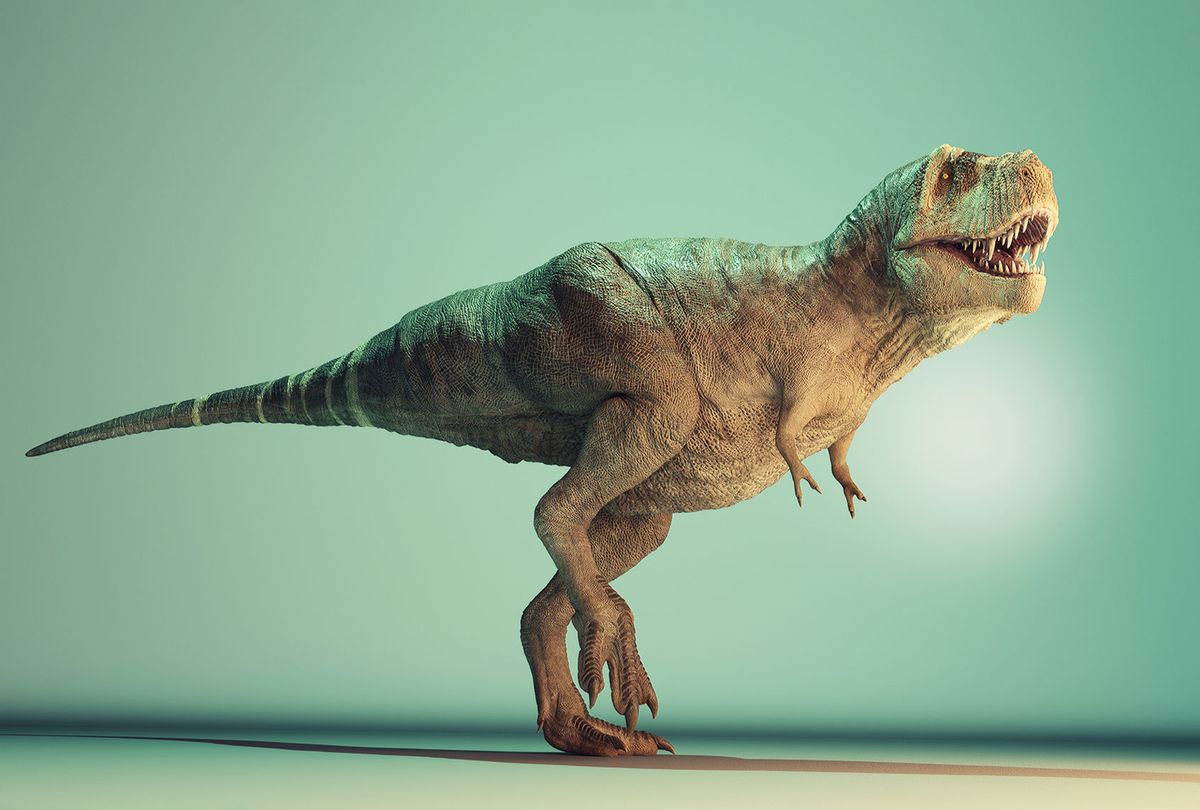 The Tyrannosaurus rex is perhaps the most iconic of all the dinosaurs, immortalized in film, children's toys and silly Halloween costumes. Its name translates into "king of the tyrant lizards," and its fearsome profile makes it clear why: T. Rex had a massive head, powerful jaws, razor-sharp teeth and a whip-like tail. (Although its puny arms are a comic contrast to the rest of its visage.) The T. Rex is believed to have been one of the largest land carnivores of all time, more than 40 feet long and 12 feet tall at the hips.

But like many extinct animals, it is hard to know just how much of a threat the T. Rex was during its reign. (Notably, for years there was debate over whether T. Rex was a predator or scavenger, though recently the scientific consensus tilts towards predator.) Were they as common as rabbits, or highly dispersed predators like snow leopards?

A group of scientists led by University of California Museum of Paleontology director Charles R. Marshall set out to answer just that. They believe they can now roughly estimate how many T. Rexes roamed the planet.

Their estimate is roughly 2.5 billion specimens that roamed Earth collectively during their existence, which lasted a few million years. (They would likely have lived more generations if not for the extinction event likely caused by either a meteor or comet 66 million years ago.)

The researchers, who published their findings in Science Magazine, estimate that the abundances of T. Rexes at any given period was roughly 20,000 individuals, and that they lived for roughly 127,000 generations. To put that in context with today's predator populations, that 20,000 number is comparable to today's African lion population, which conservationists estimate at 25,000.

The scientists arrived at their estimate using a wide range of data. For one thing, they took into account a principle known as Damuth's Law, which holds that species with larger body sizes will usually have lower average population densities. Because this formula includes individuals in a species that had not reached their maximum size, the scientists used an estimate for "postjuvenile individuals" — the T. Rex equivalent of an angsty teenager. (Now there is a sobering thought.) Once they had that information, they multiplied it by the estimated geographic area where paleontologists believe the monstrous beasts once roamed. They then incorporated what we know about when the T. Rex lived, although the scientists acknowledge that this figure is particularly unclear "because of the poor temporal control on most T. rex fossil localities and because there is a substantial dinosaur preservational gap below the oldest T. rex fossils."

Since experts believe based on fossil evidence that they lived for anywhere from 1.2 million years to 3.6 million years, the team settled on the mean figure of 2.4 million years. From there, they plugged in other numbers until they eventually arrived at their estimates.

Despite their short reign over the planet — one regrettably cut short by the Cretaceous-Tertiary Boundary Extinction Event — the fact that another bipedal predator would perform a census of them 66 million years later speaks to their cultural immortality.