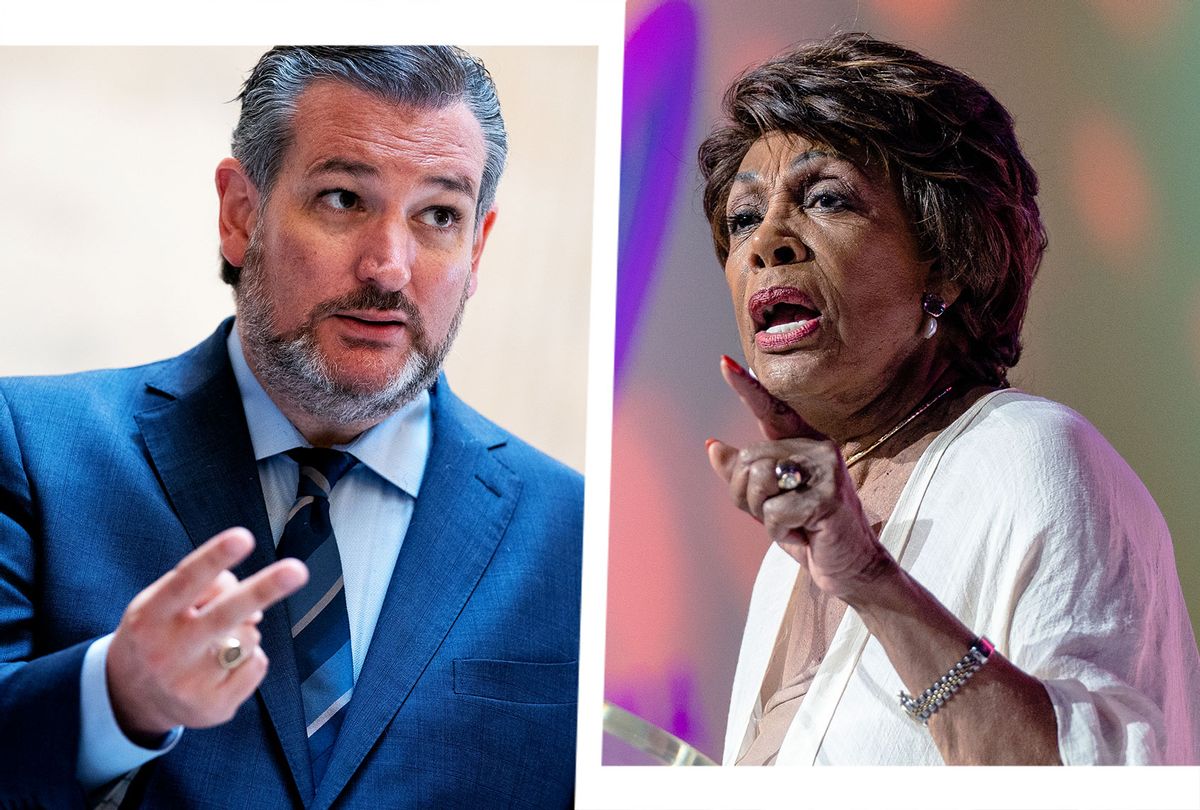 With the defense having rested in former Minneapolis police officer Derek Chauvin's murder trial, Rep. Maxine Waters of California was asked how "justice for George Floyd" activists will response if Chauvin is found not guilty. And the congresswoman called for a vocal response if that happens, saying, "We've got to get more confrontational. We've got to let them know that we mean business." Sen. Ted Cruz of Texas was among the far-right Republicans who claimed that Waters was advocating violence — and CNN's John Berman called Cruz out and reminded viewers of the ways in which the Texas senator's false claims of widespread voter fraud encouraged the January 6 assault on the U.S. Capitol Building.

On CNN's "New Day," host Berman explained, "She didn't say what type of confrontation. Still, this is not the language that business owners in Minneapolis want to hear or that people calling for calm, including the president or the family of George Floyd (want to hear)."

But he went on to explain why Cruz is the last person who should be accusing a congresswoman of overly incendiary rhetoric.

Berman told viewers, "House Minority Leader Kevin McCarthy called it incitement of violence and said he will take action if Speaker Nancy Pelosi does not. But this is how Ted Cruz chose to respond in a tweet: 'Democrats actively encouraging riots and violence, they want to tear us apart.' That's Ted Cruz of the not accepting the election results before or after the insurrection Cruzes, which might lead one to wonder if this a case of the pot calling the kettle violent."

The "New Day" host went on to show a clip of former President Donald Trump giving his "Stop the Steal" speech on January 6 hours before a violent mob attacked the U.S. Capitol Building as well as clips of Rep. Mo Brooks of Alabama and former New York City Mayor Rudy Giuliani using inflammatory rhetoric while promoting bogus election fraud claims. Giuliani said, "Let's have trial by combat" — and Berman pointed out that Cruz had no problem with that rhetoric.

"So, I don't recall the Republicans-encouraging-violence tweet from Ted Cruz after that," Berman told viewers before airing an inflammatory "Stop the Steal" speech from Cruz.

Berman said, "It's not like this guy is some peaceful prophet of gentility. This is the man who wants to do unspeakable things to books that say mean things about him, asking his supporters to vote on whether we machine-gun John Boehner's book, take a chainsaw to it or burn the book and light cigars. Where does that rank on the they-are-tearing-us-apart meter?"