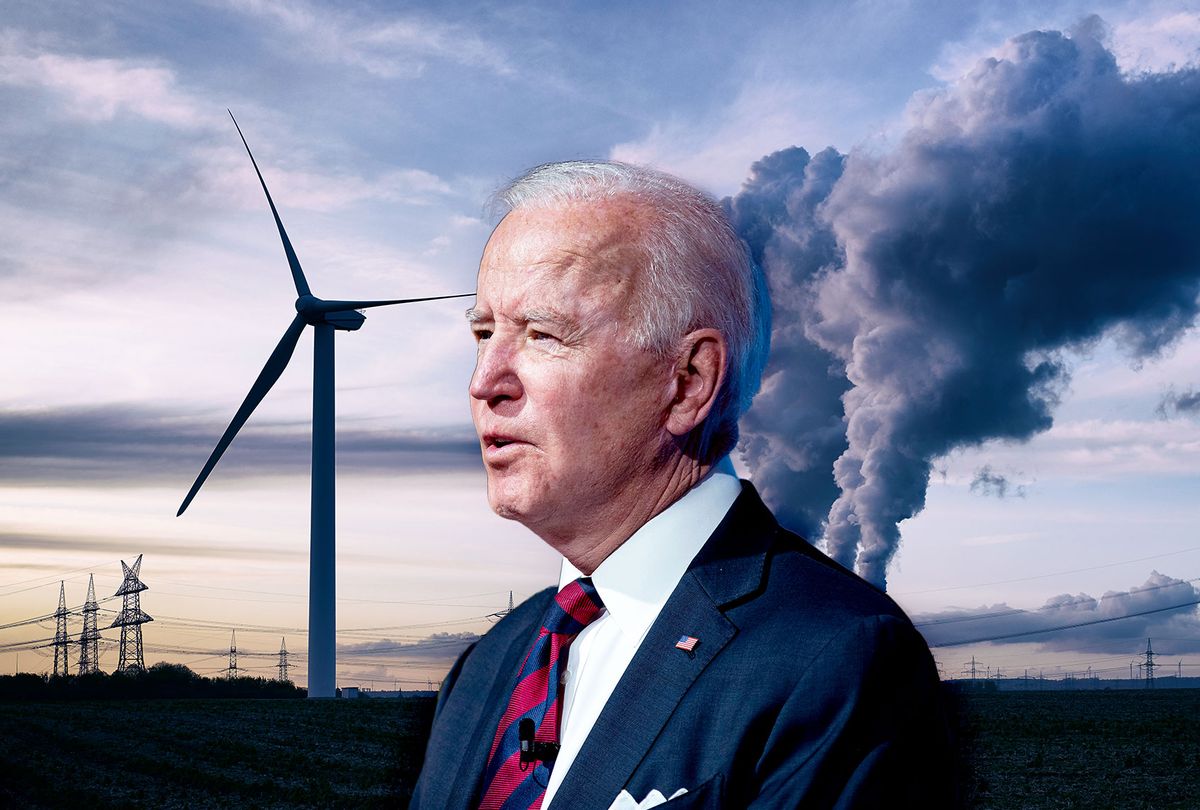 President Joe Biden opened a virtual climate change summit hosted by the White House on Thursday and Friday with a doozy of an announcement: The United States is promising to reduce its greenhouse gas emissions by 50% to 52% below its 2005 levels by no later than 2030. But not everyone was happy with Biden's announcement. In Washington climate activists dumped over a dozen wheelbarrows of cow feces near the White House to protest what they called a "bullshit" plan.

Biden also vowed to move America toward a goal of net-zero emissions by no later than 2050 and urged other countries at the summit — particularly larger ones like China, which surpasses the US in greenhouse gas emissions — to move their economies in a similar direction. In addition, he discussed how a greener economy in every sector of American industry would not only help the planet, but create jobs for the working class.

"That's where we're headed as a nation, and that's what we can do if we take action to build an economy that's not only more prosperous but healthier, fairer and cleaner for the entire planet," Biden explained during the summit.

Climate change is one of the great existential threats facing human beings in modern times. When gases like carbon dioxide and methane are dumped into the atmosphere due to human activity, they trap heat and gradually but radically change the planet. If the problem continues unabated for the next few decades, experts predict apocalyptic conditions. Large sections of Earth will be uninhabitable because they are too hot and/or dry. Extreme weather events will occur regularly. Sea levels will rise, forcing millions who live near costs to have to abandon their homes. Even as the world deals with millions of climate refugees, disruptions in food production and supply chains will cause major resources scarcity issues.

"In 2015, President Obama made an initial commitment to cut US emissions by 26-28% from 2005 levels by 2025," Marcene Mitchell, Senior Vice President for Climate Change at the World Wildlife Fund, told Salon by email. "The fact that President Biden has pledged to nearly double that commitment shows how far we have come as a nation. It is also important to recognize that this was made possible by cities, states, communities, businesses and other institutions acting in the absence of federal leadership over the past four years."

She added, "Today's announcement of a new US target for the Paris Agreement shows that the US is all in on the climate crisis. By setting this target, President Biden has taken a big step toward re-establishing US leadership in global climate ambition. The new target creates momentum, alongside the Leaders Climate Summit, for other nations to make similar commitments heading into the Glasgow COP [an upcoming climate change summit] later this year."

Salon also reached out to Dr. Michael E. Mann, a distinguished professor of atmospheric science at Penn State University, who commented on Biden's policies on Wednesday based on early reports of their eventual contents.

"This is the boldest action we've seen on climate by any U.S. president, more so than even Obama," Mann wrote to Salon. "Of course, the times now call for much bolder action, especially after 4 years of lost opportunity under Trump. These commitments will help get us on the path toward limiting warming below catastrophic levels (3F or more), but there is a limit to what the executive branch alone can do."

He added, "They go about as far as the President can do through executive authority. We also need climate legislation, and Biden there will have to use every diplomatic and procedural tool available to get a climate bill or set of bills past a divided Senate."

Dr.  Kevin Trenberth, who is part of the Climate Analysis Section at the US NCAR National Center for Atmospheric Research, explained to Salon by email that ultimately addressing climate change requires a concerted global effort. Right now, it begins with the United States and other powerful countries setting the right example.

"US leadership is essential along with Europe, and getting the Chinese on board," Trenberth explained. "Together these countries can set the stage for the rest of the world who will be forced to go along by peer pressure combined with tariffs and related. A comprehensive price on carbon is essential but how one implements that will be critical and complex, as it must involve imports and exports and tariffs at the border, and so forth." He argued that that policy would need to be implemented both slowly and in a way that plans decades in advance. It also needs the broad support of both the business community and the general public, who will need to see the benefits from it. He also said that we should aim to electrify cars and other mans of transportation.

Trenberth concluded, "So the first order of business has to be for the US to get its own house in order, but that is a prelude to bringing everyone else along. We are all on spaceship Earth."