What will the world look like if we don't stop global warming? 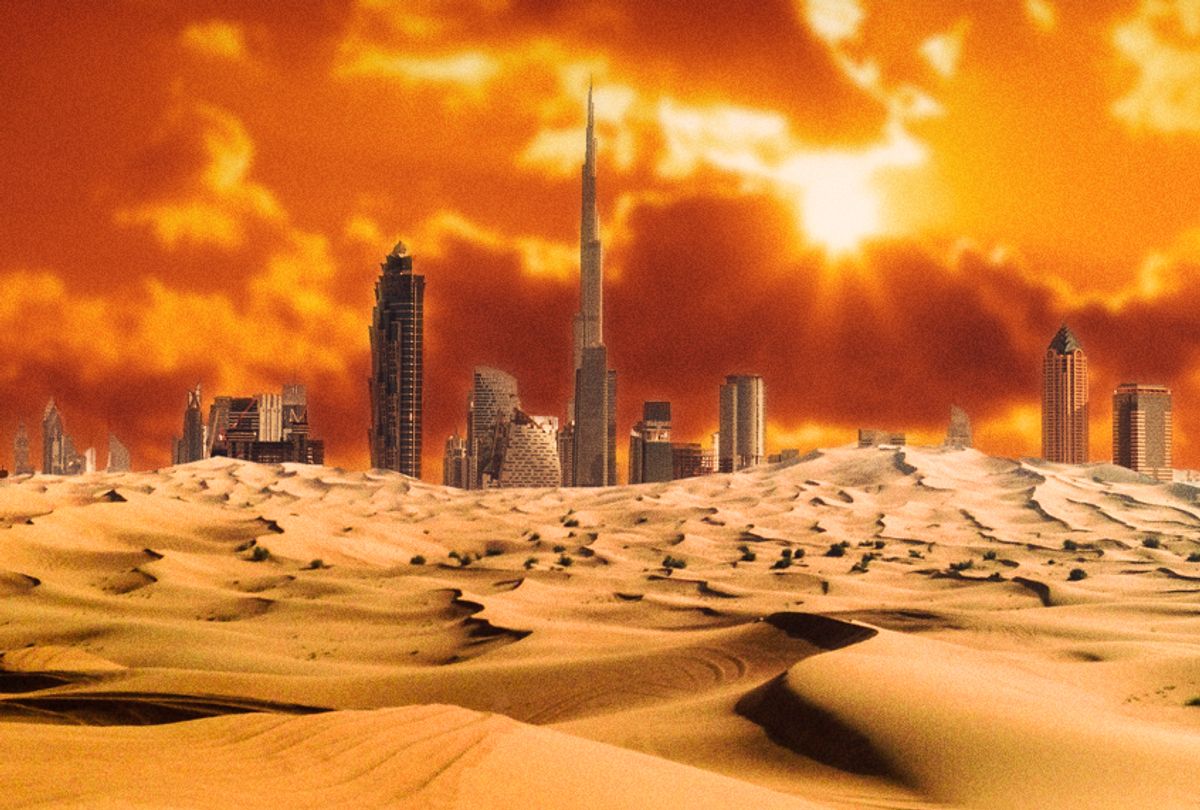 I can't think of a single presidential election in my lifetime that has been discussed and dissected for quite as long as the 2016 contest between Hillary Clinton and Donald Trump. Even the 2000 election, in which Al Gore and George W. Bush had to take their fight to the Supreme Court, didn't seem to linger in the public's memory as tenaciously as this contest.

And yet, despite all of the attention rightly paid to race-baiting, Russian disinformation campaigns and the degeneration of our public discourse, I suspect that when future historians look at the tragedy of the 2016 election, they will compare it to the 1920 election, when Americans rejected the League of Nations by supporting Warren Harding over James Cox — and, in the process, set in motion the events that culminated in World War II. This time around, though, the crucial error was that the voting public rejected the candidate who would keep America in the Paris Climate Accords (Clinton) in favor of one who has withdrawn this nation (Trump).

Since that time, America has been pounded with some of the most extreme hurricanes in history, from Maria to Michael, and the Intergovernmental Panel on Climate Change has issued a report that predicts dire consequences for the world if meaningful efforts to curtail climate change aren't made... and fast. As conservatives from President Donald Trump on down continue to deny that man-made climate change is both real and a crisis, I decided to reach out to two top climate scientists to find out what kind of world we will inherit if the forces of reason continue to be ignored.

"The summer and fall of 2018 provides a glimpse of what will be in store," Michael Mann, Distinguished Professor of Atmospheric Science at Penn State, told Salon by email. "We will need to adapt to a world where damaging extreme weather events are far more common. If we don’t act, these events will become both more extreme and more common."

He added, "A large part of the planet will become unlivable (either too hot or too dry). And more and more of the available land surface will be used for agriculture and farming to feed a growing global population. That means more concentrated human settlement—and probably a lot more conflict."

Kevin Trenberth, who is part of the Climate Analysis Section at the US NCAR National Center for Atmospheric Research, talked about how there would likely be shortages in vital resources that every human being would notice.

"We will likely reach 2 deg[rees Celsius] above preindustrial [temperature averages] in the 2050s," Trenberth told Salon. "That is a time when crops can often no longer be grown where they are now and ecosystems get disrupted. Food and water become major issues with costs and shortages."

Like Mann, Trenberth predicted an increased recurrence of extreme weather.

"Think more summer-like: more thunderstorms and severe weather, but longer dry spells and risk of drought and wildfires," Trenberth told Salon. He also detailed how the natural world would change, with a direct impact on vital hubs of our civilization.

"Coastal areas are most threatened owing specially to sea level rise," Trenberth explained. "Witness what is happening on The Gulf Coast and Puerto Rico. There is far too much tendency to build back the way we were and not enough change to more resilient settings. Same in Jersey Shore after Sandy. Out West it is wild fire risk."

Both Mann and Trenberth said that people will have to start making major sacrifices to stave off these crises.

"Changes in lifestyle will be necessary if we are to truly combat human-caused climate change," Mann suggested. "I don’t believe in mandating people’s diets (especially because there are often personal and health considerations behind these choices), but I imagine a world where there is very little consumption of meat, and a more vegetarian/pescatarian/Mediterranean diet is far more widespread. That would certainly help us decrease our individual carbon footprints."

Trenberth described financial sacrifices that could also be made.

"People complain that a carbon tax increases costs of electricity and gasoline, but if done right it provides incentives to more fuel efficient cars and renewable energy. The cost does not have to go up at all," Trenberth pointed out. "At present we are NOT headed in the right direction at all and the same as now but more: individual communities will suffer the consequences one by one."

Trenberth's final observation is, really, what may wind up dooming humanity. If reality were like the movies — say, like the Roland Emmerich film "The Day After Tomorrow" — the effects of global warming would occur drastically and all at once, leaving human beings with no choice but to recognize the damage they had caused the environment and make the necessary changes. Because the hurricanes, wildfires, droughts and other devastating ecological effects are occurring gradually, however, we as a species are like the proverbial frog in a pot of water. While we'd jump out if the water was boiling as soon as we entered, we are allowing ourselves to be cooked alive because the forces raising the heat are doing so slowly.