Flushing the toilet is more dangerous than you think: study

Noroviruses, microorganisms, and even the novel coronavirus can all spread through aerosols released in flushing 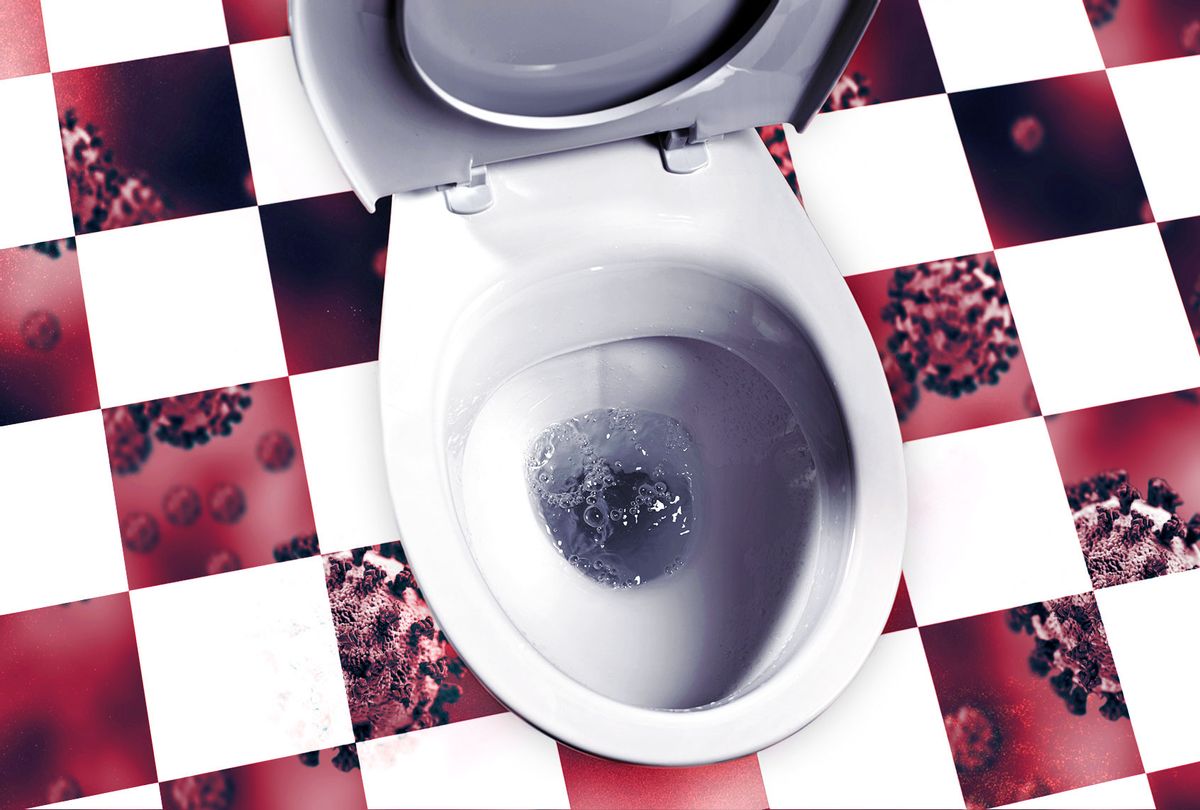 Public restrooms aren't exactly associated with cleanliness. But a team scientists have recently exposed just how dirty they are.

As it turns out, public restrooms aren't just dirty; they're actually dangerous.

In a new study written by researchers from Florida Atlantic University and published by the journal "Physics of Fluids," scientists explain how tiny droplets known as aerosols fly out of toilets whenever they are flushed. These aerosols can contain microbes which will make you sick if they infect you.

Illnesses potentially connected to toilet water aerosols include norovirus (which can cause major food poisoning), Legionnaire's disease and COVID-19. The last disease, of course, is particularly concerning given that America is still in the throes of the COVID-19 pandemic. The authors note that public restrooms are particularly likely to harbor this highly infectious disease because they experience heavy foot traffic, are relatively confined and can be insufficiently ventilated.

As a result, the Florida Atlantic University researchers performed tests on different types of toilets — namely a regular public restroom toilet, a toilet with its lid covering the top and a urinal — to learn about how aerosols were distributed in the air after they were flushed in normally-ventilated public restrooms. The tests involved more than 100 flushes.

The results were troubling. Droplets rose as high as five feet into the air after flushing, some lingering for 20 seconds or longer. Even closing the toilet lid only led to a small reduction in the number of droplets produced, indicating that they can escape from the gaps between the lid and the seat.

"Both the toilet and urinal generated large quantities of droplets smaller than 3 micrometers in size, posing a significant transmission risk if they contain infectious microorganisms," Dr. Siddhartha Verma, Ph.D., a co-author of the study, explained in a statement to the university's press. "Due to their small size, these droplets can remain suspended for a long time."

Another co-author of the study pointed out that the problem likely lingers long after someone has flushed the toilet, based on how ambient aerosol particles increased in quantity after their repeated toilet flushing.

"The significant accumulation of flush-generated aerosolized droplets over time suggests that the ventilation system was not effective in removing them from the enclosed space even though there was no perceptible lack of airflow within the restroom," Dr. Masoud Jahandar Lashaki said in a press statement. "Over the long-term, these aerosols could rise up with updrafts created by the ventilation system or by people moving around in the restroom."As the authors wrote in their study, "This highlights the need for incorporating adequate ventilation in the design and operation of public spaces, which can help prevent aerosol accumulation in high occupancy areas and mitigate the risk of airborne disease transmission."

This is not the first paper to connect flushing a toilet with developing COVID-19. Another paper published  by Physics of Fluids, this one in July, also raised the alarm about how flushing toilets could spread the SARS-CoV-2 virus (which causes COVID-19). Scientists who studied COVID-19 patients at a hospital found high concentrations of coronavirus aerosols in patients' bathrooms. They urged people to put down the lid before flushing, arguing that this "can basically prevent virus transmission" (a conclusion countered by the more recent study). They also encouraged people to clean a toilet seat thoroughly before using it and to rigorously wash their hands after flushing. In addition, they urged toilet manufactures to design lids that would automatically close and be cleaned after each flush.

"The concentration of SARS-CoV-2 RNA in aerosols detected in isolation wards and ventilated patient rooms was very low, but it was elevated in the patients' toilet areas," the authors explained. "Levels of airborne SARS-CoV-2 RNA in the majority of public areas was undetectable except in two areas prone to crowding, possibly due to infected carriers in the crowd."