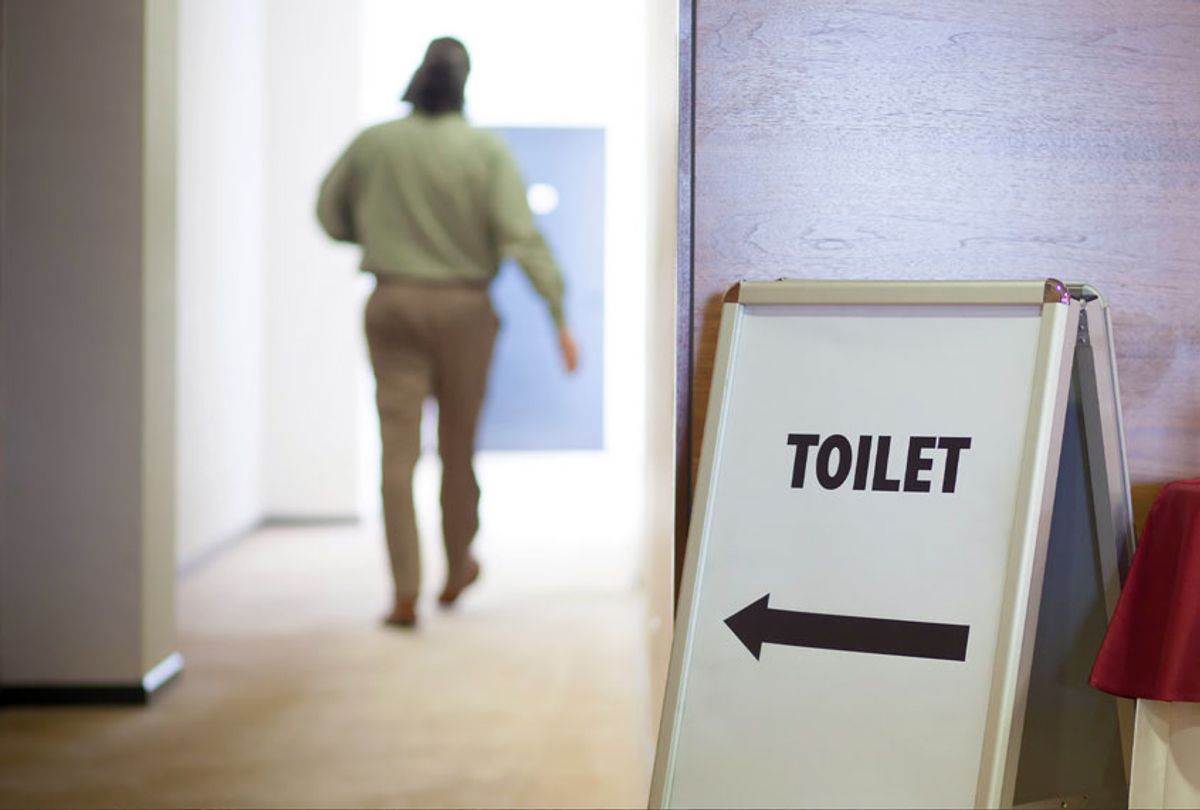 A man going to the toilet (Getty Images)
--

A new study argues that the simple act of flushing a public toilet could inadvertently spread the coronavirus.

The paper, which was published in the journal Physics of Fluids, points out that the violent turbulence caused by flushing a toilet expels enough aerosols into the air to spread diseases. Because "the main transmission routes of SARS-CoV-2 are droplets and direct contact" and coronaviruses in humans are notable for spreading via a fecal-oral transmission route, co-authors Yun-yun Li, Ji-Xiang Wang and Xi Chen argue that toilets present a self-evident risk of spreading the coronavirus.

"It is worth mentioning that, in March 2020, a research team from Sun Yat-Sen University found that fecal samples from some confirmed patients tested positive by nucleic acid detection, which provides evidence that SARS-CoV-2 has the possibility of fecal–oral transmission," they add.

The new research fits with previous observations made by Chinese doctors in Wuhan treating coronavirus patients. As Salon reported in April, those scientists found that the concentration of coronavirus aerosols was low in public areas, but very high in patients' bathrooms.

In the case of the Sun Yat-Sen University study, researchers simulated and analyzed "the flushing processes of two different types of siphon toilets that are in widespread use: a single-inlet model and an annular one," one with a single inlet that flushes the water and the other with two inlets so that the water will rotate.

The researchers found that the vortices created through the toilet water's flushing turbulence carry droplets nearly three feet into the air, where they can be inhaled, ingested or land on surfaces that are later touched. For toilets with two inlet ports, 60 percent of the particles ejected from the toilet bowl will rise high above the seat.

They conclude that people should put down the toilet lid before flushing, "which can basically prevent virus transmission," to clean the toilet seat before using it and to wash their hands carefully after flushing to account for having touched the door handle and flush button. They also encouraged people to clean toilet seats before using them in public restrooms and expressed concern about facilities with lidless toilets.

"This paper may also enlighten toilet manufacturers and prompt them to produce better designed toilets in which the lid is automatically put down before flushing and cleaned before and after flushing," the authors add.

Scientific research that has been conducted since the pandemic has provided valuable information about ways that the coronavirus can be spread. In April, the aforementioned study published in the journal Nature found that well-ventilated hospital areas had a lower concentration of aerosols, or tiny airborne virus particles, than less ventilated areas.

"The concentration of SARS-CoV-2 RNA in aerosols detected in isolation wards and ventilated patient rooms was very low, but it was elevated in the patients' toilet areas," the authors explained. "Levels of airborne SARS-CoV-2 RNA in the majority of public areas was undetectable except in two areas prone to crowding, possibly due to infected carriers in the crowd."

Next week, an open letter signed by 239 scientists from 32 different countries is to be published, further underscoring the infection threat posed by aerosols. Contradicting the conclusion of the World Health Organization, which argues that the coronavirus is mainly spread through excretions like coughing and sneezing that take the form of larger respiratory droplets, the scientists argue that aerosols can spread the disease. They advocate possible solutions including indoor ultraviolet lights to kill virus particles in the air, wearing masks outdoors and in socially distant settings providing health care workers with N95 masks while caring for coronavirus patients and updating ventilation systems to include new filters and reduce air recirculation.

Dr. Linsey Marr, who helped co-author the scientists' letter, told Salon by email that "some of the measures that have already been implemented — including social distancing, mask wearing, and avoiding crowded indoor spaces — are effective at slowing airborne transmission of COVID-19. We should add attention to good ventilation of buildings with outdoor air. We just need to pay more attention to these efforts and to give them equal weight as handwashing."