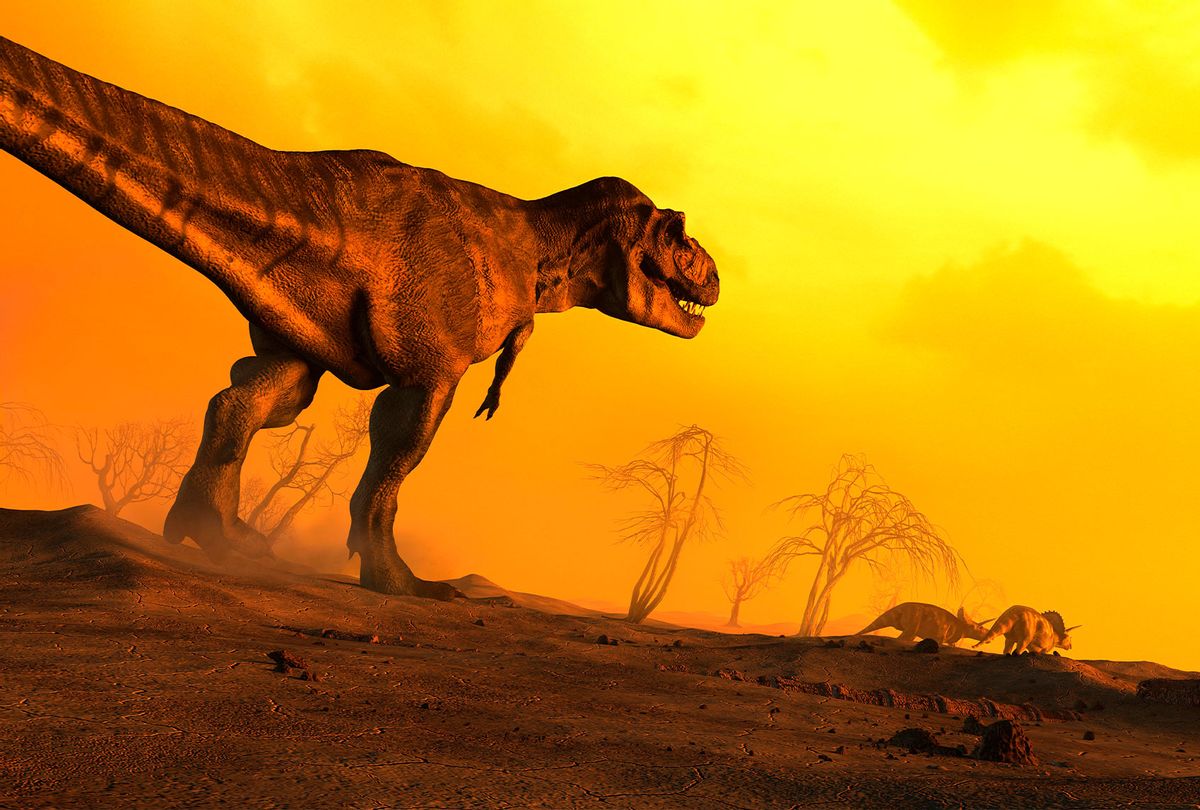 It is perhaps one of the most darkly comical moments in "Jurassic Park." As three of the main characters flee from a hungry Tyrannosaurus rex by car, one of them glances at a side mirror and is greeted by a most unwelcome sight. The razor-sharp teeth and giant head of the ferocious beast is already perilously near their vehicle, and the words below say: "Objects in mirror are closer than they appear."

As it turns out, the protagonists of Steven Spielberg's 1993 classic sci-fi adventure flick may not have had to worry about their T. Rex pursuer nipping at their heels in real life. A new study suggests that T. Rexes were actually quite slow, particularly when they were walking.

In a new study published in the journal "Royal Society Open Science" by researchers at Vrije Universiteit Amsterdam, researchers calculated that T. Rexes actually walked at roughly the same speed as humans — that is, at just under three miles per hour. To determine this, scientists did more than simply analyze the animal's hip height, mass and stride length, as had previously been done. They also looked into the T. Rex's tail, realizing that as the T. Rex walked, its tail would have moved up and down while passively suspended in the air.

From there, the next step was to create a realistic T. Rex model that included this new information into its calculations. For reference, the researchers used an adult T. Rex specimen named "Trix" from the Naturalis Biodiversity Center in Leiden, the Netherlands. They reconstructed the ancient animal tail's bone and ligament structure, then determined an estimated walking speed by combining that information with what we know about step frequency and step length.

The scientists emphasized that their project does not answer all questions about T. Rex speed. For one thing, they write that "gait reconstruction of dinosaurs has numerous inherent uncertainties, and therefore it is important to compare results from different methods, in an attempt to find a convergent point." They also noted that the tail, while slowing down a T. Rex while it walked, may have helped it go faster when it ran.

"This could have implications for maximal running speeds of large taxa like T. rex: maximum running speed was shown to be limited by peak stresses on the limbs, but a compliant tail may serve to reduce these stresses," the authors added.

This is not the first major news to come out in April about T. Rex. Last week a group of scientists led by University of California Museum of Paleontology director Charles R. Marshall estimated that roughly 2.5 billion T. Rexes roamed the Earth over approximately 127,000 generations before a meteor or comet likely wiped them out 66 million years ago.