Dead in the water: The tragic human cost of swimming's abuse scandals 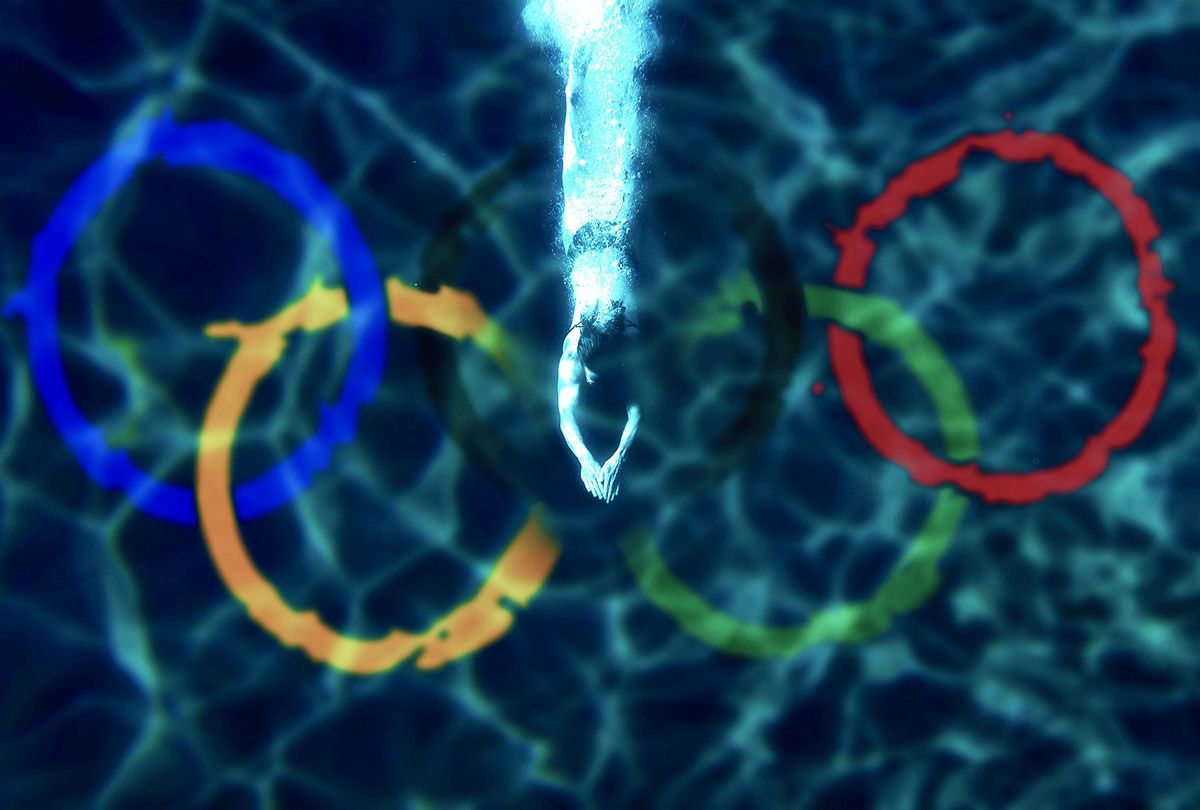 On the afternoon of June 29, 2010, a pretty 16-year-old girl drove her car to the intersection of State Highways 116 and 117 in rural central Illinois. She parked and walked straight into the path of an oncoming tractor-trailer, taking her own life.

Sarah Burt had made the National Honor Society at Metamora Township High School and been looking forward to pharmacy school. She worked as a lifeguard for the local park district. She loved giving swimming lessons to little kids.

What brought Sarah to this pass was something she, but few others, knew: Her swim coach had groomed her for years in a "relationship" that everywhere is deemed morally repugnant and in many jurisdictions is termed statutory rape. Neither the justice system nor USA Swimming, the sport's national governing body, would ever discipline him.

A decade later, USA Swimming is the under-covered cousin of USA Gymnastics, in terms of sexual abuse scandals. With both groups on the verge of breaking the liability sound barrier in local civil courts, USA Swimming is, additionally, the target of a federal grand jury investigation.

Swimming has yet to produce as powerful, timely, and full-throated a whistleblower as former gymnast Aly Raisman, who all but opined that the whole thing should be burned down. Given the political clout and economic incentives of the Olympic system, what is likelier to emerge is an abuse claims superfund, plus perhaps a rebranding of USA Swimming itself. One thing for sure is that as the anecdotes continue to dribble out, one motif takes us beyond the contemplation of mere pain and psychological damage.

If the U.S. attorney for the Southern District of New York does succeed in busting swimming, then the stated crime, insurance fraud, will be a white-collar one, out of the Al Capone prosecutor playbook. But make no mistake: this is a culture that for generations has combined enhanced athletic opportunities for young people, especially teenage girls and young women, with devaluation of their lives. Swimming's alumni club is pockmarked not only with untold numbers of ruined young adulthoods, but also with uncounted Sarah Burts. The crimes are global in scope. All too often, death becomes them.

The Irish know a thing or two about the abuse-death continuum. And they have a special relationship with their American sporting brethren, in terms of familiarity with the phenomenon. Appropriately, the Department of Justice's task list reflects this nexus.

Concurrent with the grand jury probe, the DOJ's Money Laundering and Asset Recovery Section, under the direction of career prosecutor Jane Khodarkovsky, has been investigating the criminal and green card status of George Gibney, who was head coach of the 1984 and 1988 Irish Olympic swimming teams.

At least one of Gibney's victims committed suicide after being let down by off-and-on commitments of Ireland's director of public prosecutions to consider reviving charges against him. Another, who has been in and out of psychiatric facilities after a number of suicide attempts, was 17 when Gibney raped and impregnated her during the Irish team's 1991 training trip in Tampa, Florida.

Gibney may be the most notorious at-large sex criminal in sports history. He escaped his original 27-count indictment on the basis of a controversial technical procedural ruling by the Irish Supreme Court — one of whose justices, Susan Denham, was the sister of Gibney's lawyer, Patrick Gageby. Outside of one alternative news site, Broadsheet, the Irish media apparently consider such cronyism so normal as to be unworthy of remark.

Gibney evidently made it to the United States in 1995 with the help of an Irish-American coach and one of his former assistants, Peter Banks, by then was an official of the Fort Lauderdale-based American Swimming Coaches Association, a trade group whose member services include troubleshooting visas. Banks has said publicly that he does not remember brokering a U.S. coaching job offer letter for Gibney in support of his former boss' diversity lottery visa. A redacted form of the letter was produced by the Department of Homeland Security in 2016 during my Freedom of Information Act lawsuit for material from Gibney's immigration records.

Gibney is now 72 years old and long out of coaching, following a misconduct allegation in the first months of his only American post in the sport, with a USA Swimming-sanctioned club in Arvada, Colorado. He lives in Altamonte Springs, Florida, north of Orlando, where he was tracked down by BBC podcaster Mark Horgan for a documentary series that began airing last year.

One colleague of Gibney's from the 1980s and '90s, Frank McCann, took criminal activity beyond merely abusing young athletes and covering up for himself and others. McCann committed murder, burning down his house in Dublin with his wife and infant daughter inside, apparently to keep his wife from learning he had raped and impregnated a young swimmer with special needs. McCann now is on the brink of parole from a double-life prison sentence he began serving in 1996.

Two other Irish swimming coaches from the period were jailed for molesting child athletes, as documented in a 1998 Irish government report known as the Murphy inquiry. Yet another, Ger Doyle, was later convicted and imprisoned for similar crimes. (On the eve of Horgan's BBC podcast series, "Where Is George Gibney?", Doyle killed himself.)

Back in the U.S., one of the most damning death narratives was the tragic demise of Fran Crippen at the 2010 FINA Open Water championships. Crippen was 27, an adult, and this episode did not directly concern sexual abuse. But it illustrated the profoundly interlocking institutional moral bankruptcies under which abuse flourishes.

The premier open water competition was held that year in Dubai, on the coast of the United Arab Emirates. That happened because of the global business machinations of Dale Neuburger, a longstanding USA Swimming board member and its onetime president, as well as a lord of the rings at FINA, the world swimming governance group, headquartered in Switzerland.

Neuburger, who recently retired, combined his FINA vice presidency with a leading role at an Indianapolis company, TSE Consulting, where he was a partner and director. (TSE is now known as Burson Cohn & Wolfe Sports.) When there was bidding to host major aquatics events, TSE often landed consulting contracts for aspiring municipalities. Neuburger's critics say he then exploited his FINA board position to put his thumb on the scale in favor of his clients. FSE landed six-figure coaching consultancies in foreign countries for high-profile swimming figures like Bob Bowman, the coach of Michael Phelps.

Fran Crippen came out of the swimming program at Germantown Academy, a private prep school outside Philadelphia. The coach at Germantown, Dick Shoulberg, was a revered figure in the swimming world. Serving on a USA Swimming task force studying sexual abuse policies, Shoulberg wrote in a 2003 memo: "I would hate to see our organization ever in the predicament of the current Roman Catholic Church — protecting child molesters!"

Shoulberg's most famous swimming star was David Berkoff, a gold medalist at the 1988 Seoul Games, an inductee of the International Swimming Hall of Fame and the inventor of an underwater backstroke start called the "Berkoff Blastoff." Often outspoken in his criticism of swimming's abuse culture, Berkoff won election to a USA Swimming vice presidency in 2010, not long after the group's CEO, Chuck Wielgus, embarrassed himself and the sport in defensive interviews for investigative pieces on ABC's "20/20" and ESPN's "Outside the Lines." (Wielgus died in 2017.)

Once embedded on the board of directors, however, Berkoff became less outspoken. He even rationalized the organization's actions in covering up the abusive 1980s relationship between prominent Maryland club coach Rick Curl and swimmer Kelly Davies. As an activist, Berkoff had launched accusations against swimming authorities in an email:

Denying knowledge of Rick Curl, Mitch Ivey and others banging their swimmers! It's a flat out lie. They knew about it because we (coaches and athletes) were all talking about it in late 1980's and early 1990's. I was told by several of Mitch Ivey's swimmers that he was sleeping with Lisa Dorman in 1988. I heard the whole Suzette Moran story from Pablo Morales over a handful of beers and nearly threw up. I was told Rick Curl was molesting Kelly Davies for years starting when she was 12 by some of the Texas guys. … No one was standing up. No one was willing to take on these perverts.

But now, in response to critics, Berkoff pleaded for space to work for change from the inside. He spoke highly of both of his most important mentors: Dick Shoulberg and Joe Bernal, his coach at Harvard. Today both those men have been caught coaches in the undertow of the sport's sexual abuse scandals. Bernal relinquished his USA Swimming club program in Dracut, Massachusetts, in 2016, following allegations that he had molested student-athletes. He is believed to have fled the country.

On Shoulberg's part, the collapse of his reputation was largely about associations and his apparent tolerance of heinous conduct by others — "protecting child molesters," as he put it. He is somewhat analogous to the legendary and now-disgraced late Penn State football coach Joe Paterno, who did not personally abuse anyone but crafted elaborate ways of looking the other way. Among other things, Shoulberg was affiliated with eccentric industrial heir John du Pont, who fancied himself a generous patron of various Olympic sports, including swimming, wrestling and the modern pentathlon. (Steve Carell played du Pont in the 2014 film "Foxcatcher," which depicted his obsessive relationship with wrestler Mark Schultz, culminating in Schultz's murder.)

The Germantown administration forced Shoulberg into retirement in 2013 in the wake of a lawsuit by a former student-athlete detailing how Shoulberg had enabled athlete-on-athlete physical abuse along with a litany of "Lord of the Flies"-style horrors. At least twice over the years, Shoulberg kept assistants on his staff who would later be exposed as sexual abusers. (When one of them, Joe Weber, got out of prison, a YMCA in New Jersey hired him as a swim coach.)

Fran Crippen was part of the family of swimmers and boosters around Shoulberg's program. He died, either from heat stroke or drowning after cardiac arrhythmia, in the open water championships that Dale Neuberger had steered to Dubai. The temperature in the Persian Gulf waters off Fujairah that day was 85 degrees Fahrenheit, far too warm for competitive swimming.

The following year, FINA booked its Open Water World Championships in the even more dangerous venue of Shanghai. On race day, the Yellow Sea waters off Shanghai were measured as high as 87 degrees. Three swimmers — including two reigning world champions, Alex Meyer of the U.S. and Linsy Heister of the Netherlands — refused to even start the race. More than half the field was pulled out or hospitalized. The race was moved to the early morning hours to mitigate the midday heat, but even the eventual winner, Bulgaria's Petar Stochev, expressed dismay that the event had been allowed to go forward at all.

A prominent voice among the swimming authorities dismissing the naysayers was Flavio Bomio, an influential Swiss Olympic coach who spent much of the six-hour competition inside an air-conditioned tent. Later that year, Bomio would be imprisoned in Switzerland, for sexual abuse — of course. Across the previous three decades, it turned out, he had abused at least 30 boys between the ages of 12 and 16.

Irvin Muchnick (ConcussionInc.net) has written for Salon about federal investigations of USA Swimming sexual abuse and of fugitive Irish swim coach George Gibney, and about the University of California’s cover-up of the circumstances of a football player’s death. He is writing a book about lesser-known aspects of football’s public health crisis.