Experts are hopeful COVID-19 cases in the U.S. are on a steady decline 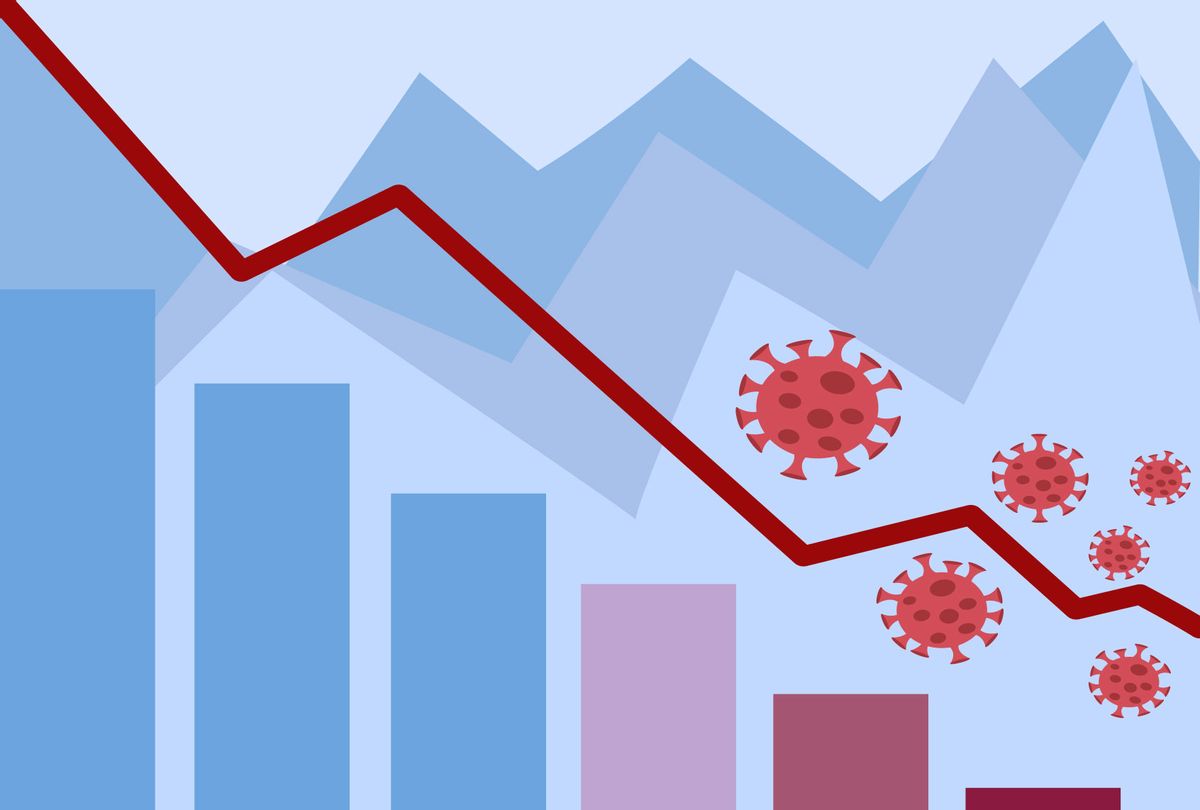 Even though nearly 40 percent of American adults have received the COVID-19 vaccine, COVID-19 cases across the country have been skyrocketing in the past month. The surge in cases has cast a dark pallor over the positive news on vaccinations, suggesting that a great number of Americans have prematurely cast caution to the wind.

Yet it seems that the vaccinations may finally be catching up to the virus. Newly updated data from this week shows that coronavirus cases are not increasing linearly or exponentially, as they have in previous surges. Experts believe the COVID-19 case load in the country is following the downward curvature that signifies we've hit an inflection point — giving public health officials and experts alike hope that the worst of the pandemic is truly over.

In a Tuesday briefing, the Director of the Centers for Disease Control and Prevention (CDC), Dr. Rochelle Walenski noted that over the past seven days, new cases, hospitalizations and daily deaths all went down. Specifically, new infections fell by 21 percent over the past week, prompting Walensky to call the trend "a really hopeful decline." Even cases in states like Michigan, Florida, Pennsylvania, and Minnesota— which were leading the surge in the U.S. last week — are down.

"I hope this message is encouraging for you," Walensky said. "It shows just how powerful these vaccines are in our efforts to end this pandemic and why we are asking everyone to roll up their sleeves and get vaccinated."

Walensky's tone was starkly different from a separate press briefing a few weeks ago, in which she warned of "impending doom."

The sudden downward trend has many wondering if the U.S. has reached a turning point where enough of the population is vaccinated to slow down the rate of transmission. If that's the case, that means that as more people get vaccinated, the decline may be slow and steady.

"I keep on thinking of this picture on getting to herd immunity," Monica Gandhi, an infectious disease doctor and professor of medicine at the University of California–San Francisco, told Salon. "These sheep turn pink every time they're vaccinated, and there are fewer and fewer white sheep that are unvaccinated next to each other, and then the virus can't spread because it can't spread among the pink sheep."

Gandhi said she suspects this is what happened in Israel, which she looks to as an example of how mass vaccination can end the pandemic. Indeed, last week, Israel recorded zero new daily COVID-19 deaths for the first time in 10 months. About 54% of the Israeli population is now fully vaccinated, and the rate of positive virus tests has dropped to 0.2%, according to the Times of Israel; meanwhile, the virus regeneration number, which indicates how many more people are infected for each infected person, has dropped to 0.75 — meaning the virus will eventually go extinct if trends continue.

Yet it wasn't easy to reach this point. In January, COVID-19 cases in Israel surged, despite one-fifth of the country's population being vaccinated. That prompted a renewed lockdown. Amid the surge, the country opened vaccination eligibility to everyone over 16 at the beginning of February. Over the next month, cases fell low enough for the country to reopen on March 7. To date, people in Israel continue to gather freely, and for the first time cases aren't rising despite an ease in restrictions. Israel's example reveals that vaccinating the majority of the population is key to ending the pandemic.

Gandhi hopes that Israel's experience foreshadows what will come in the United States. She noted that cases in Israel started to fall when 40 percent of the population received at least the first dose of the vaccine, and says that the same trend is occurring in the United States. However, she cautioned there are some caveats — like a population's herd immunity — that could affect at what percentage of vaccinations does a country reach its inflection point.

"The nuance is that every place has a different level of natural immunity based on their surges," Gandhi said. "And so if you have natural immunity in your population, then you likely reach that inflection point sooner."

According to the CDC vaccine tracker, at least 42.7% of the U.S. population has now received the first dose of a vaccine; 29.1 percent of the population is fully vaccinated.

"And then what's the next number that makes it so you almost get rid of it?" Gandhi asked. "I don't know what that is, but my estimation is somewhere between 65 and 70 percent."

Over the last year, cases have risen and fallen; the United States has struggled to reach a point of steady decline. Gandhi said this time is different because the fall in COVID-19 cases runs parallel to the increase in vaccinations; credit is also owed to the effectiveness of the vaccines.