In a court document filed Friday, Bianco claims she was physically, sexually and emotionally abused by the rocker 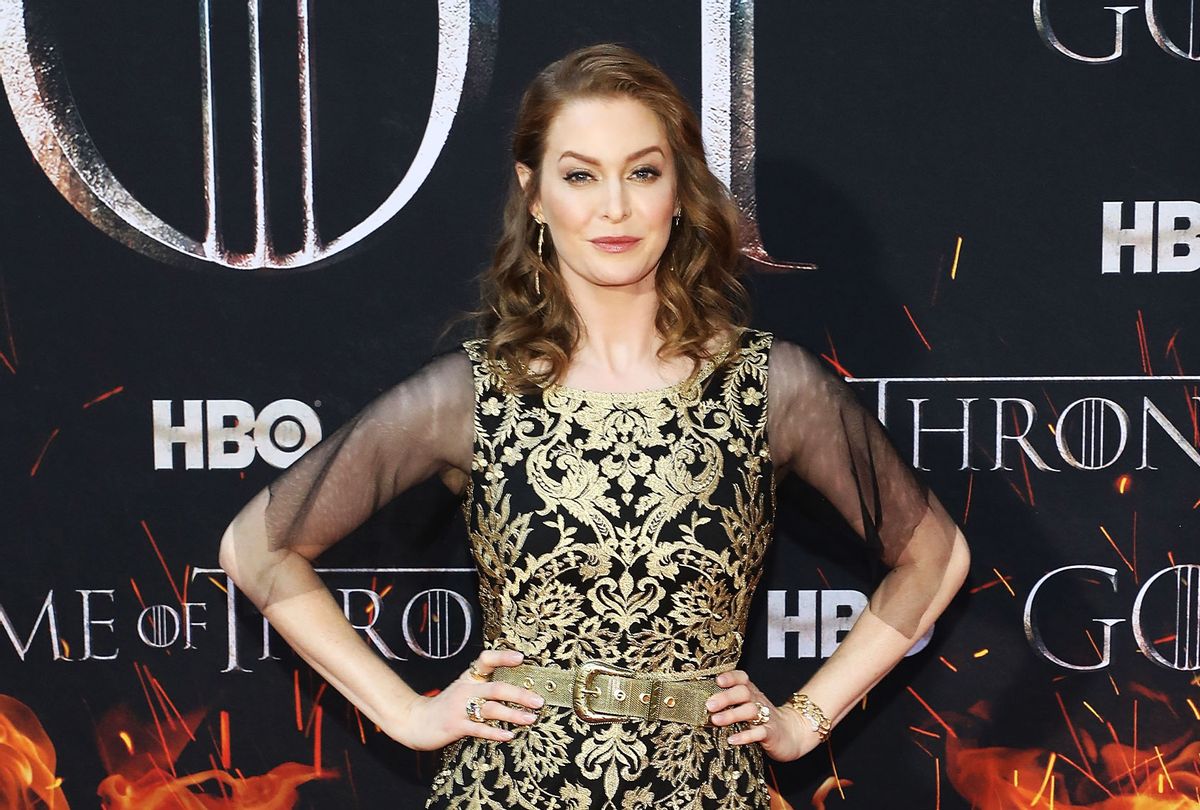 The complaint was filed on Friday in Federal Court in Los Angeles and alleges that "on multiple instances Warner physically, sexually, psychologically, and emotionally abused Bianco."

It also alleges that Warner and his former manager violated the Trafficking Victims Protection Reauthorization Act when Warner employed fraud to bring Bianco to the U.S. and then made threats of force and performed violent sexual acts on her to which she did not consent. Bianco is best known to "Game of Thrones" viewers as the character Ros, who worked with Littlefinger.

"I am inspired by Ms. Bianco's courage and dedication to holding Brian Warner accountable," Jay D. Ellwanger, Bianco's attorney, wrote in a statement. "While we understand that the criminal investigations are still ongoing, it is vital that we pursue every possible avenue to hold him accountable for the horrific acts he committed."

In the 10-page document filed by Ellwanger, which was obtained by Deadline, he said that Bianco, who was romantically involved with Warner from 2009 to 2013, was "well aware of the violence Mr. Warner could dole out if she fought back, having been on the receiving end of his temper many times.

"He also supplied drugs to Ms. Bianco and deprived her of sleep and food in order to weaken her physically and mentally and decrease her ability to refuse him," he wrote. "Mr. Warner committed sexual acts with Ms. Bianco when she was unconscious or otherwise unable to consent."

The suit went on to say that Bianco was forced to perform "unpaid labor" for Manson that included  "serving and preparing food for Mr. Warner and his guests, cleaning his apartment, consulting on his album, providing uncredited backup vocals during the creative process for the album 'Born Villain,' and being offered up to his guests and bandmates to 'spank.'"

The document also alleges that Manson's ex-manager, Tony Ciulla, violated human trafficking laws because they flew her from the United Kingdom to Los Angeles in 2007 and 2011 with promises of work in an unmade film.

Bianco is asking for damages from the court as she now suffers from a variety of mental health issues, including post-traumatic stress disorder and panic attacks, as a result of Warner's "physical, sexual, psychological and emotional abuse."

Bianco's claims come several months after "Westworld" actress Evan Rachel Wood, along with four other women, came forward to allege that they had been abused by Warner, as Vanity Fair reported.

"The name of my abuser is Brian Warner, also known to the world as Marilyn Manson," Ms. Wood wrote in a February Instagram post. "He started grooming me when I was a teenager and horrifically abused me for years. I was brainwashed and manipulated into submission. I am done living in fear of retaliation, slander, or blackmail. I am here to expose this dangerous man and call out the many industries that have enabled him, before he ruins any more lives. I stand with the many victims who will no longer be silent."

Warner and Wood were briefly engaged after they had dated for three years; she was 19 and he was 38 when their relationship became public in 2007.

In response to Wood's post, several other women, including Ashley Walters, Sarah McNeilly, Ashley Lindsay Morgan and a woman who simply identified as Gabriella, posted similar statements on Instagram.

Walters, a photographer who once worked as Warner's personal assistant, said that she still suffers from post-traumatic stress disorder as a result of the abuse.

"I continue to suffer from PTSD, and struggle with depression. I stayed in touch with quite a few people who went through their own traumas, under his control," she wrote. "As we all struggled, as survivors do, to get on with our lives, I'd keep hearing stories disturbingly similar to our own experiences."

Following those accusations, Warner was dropped by his label and roles in Starz's "American Gods" and Shudder's "Creepshow."