Does the U.S. have a hostage exchange deal with Iran? It’s not entirely clear

Iranian state TV reports a deal is nigh. The U.S. says not so fast 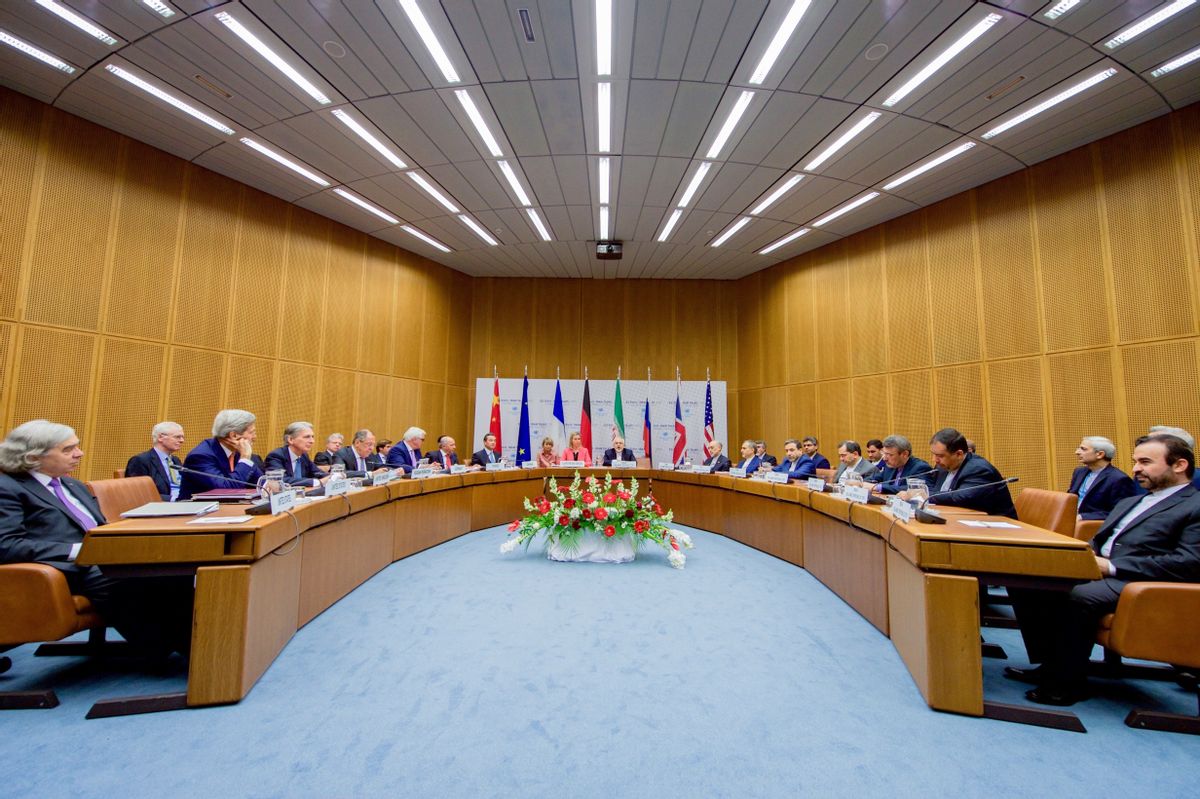 Rumors swirled over an alleged hostage exchange deal between the U.S., U.K. and Iran Sunday, though the details of the situation remained murky with denials and tight-lipped statements on all sides as the countries continue to jockey for leverage during ongoing nuclear talks being conducted in Vienna.

Reports of the pact were first aired on Iranian state TV, which cited inside sources within the country's government who confirmed a deal for the U.S. to release $7 billion in frozen oil funds in exchange for four Americans — Baquer and Siamak Namazi,  Morad Tahbaz and Emad Shargi, all of whom have been accused of spying for the American regime. The state-run news channel also announced a separate agreement to free one British woman, Nazanin Zaghari-Ratcliffe, for $400 million.

It was not immediately clear how many Iranians jailed in the U.S. were a part of the alleged deal.

Shortly after the report aired, State Department spokesperson Ned Price issued a denial, saying simply, "Reports that a prisoner swap deal has been reached are not true."

"Unfortunately, that report is untrue. There is no agreement to release these four Americans," Klain said. "We raise this with Iran and our interlocutors all the time, but so far there's no agreement."

Despite the denials, the Associated Press reports that many in Washington see the "specificity of the reports from Iran" as proof "that working-level consideration of a deal is at least underway."

For weeks, both America and Iran have signaled that a prisoner swap may be on the table as the two nations meet to discuss terms for rejoining a nuclear pact first abandoned by the U.S. under President Donald Trump. The two countries made a similar exchange in 2015 when that deal was signed.

Last week, Iran said it was seeking the release of all its prisoners who remain on U.S. soil — while U.S. officials also indicated that the country appeared to voice "readiness" for such a prisoner exchange, according to the Associated Press.

Since then, much remains unclear about the status of any agreements. A cryptic statement from the U.K. Foreign Office Sunday did not deny that an agreement had been struck, saying only that the country continues to "explore options" related to an agreement. Iran is also seeking to recoup a more than 40-year-old, 400-million pound debt (around $550 million) from Britain that predates the country's Islamic Revolution, Reuters reported.