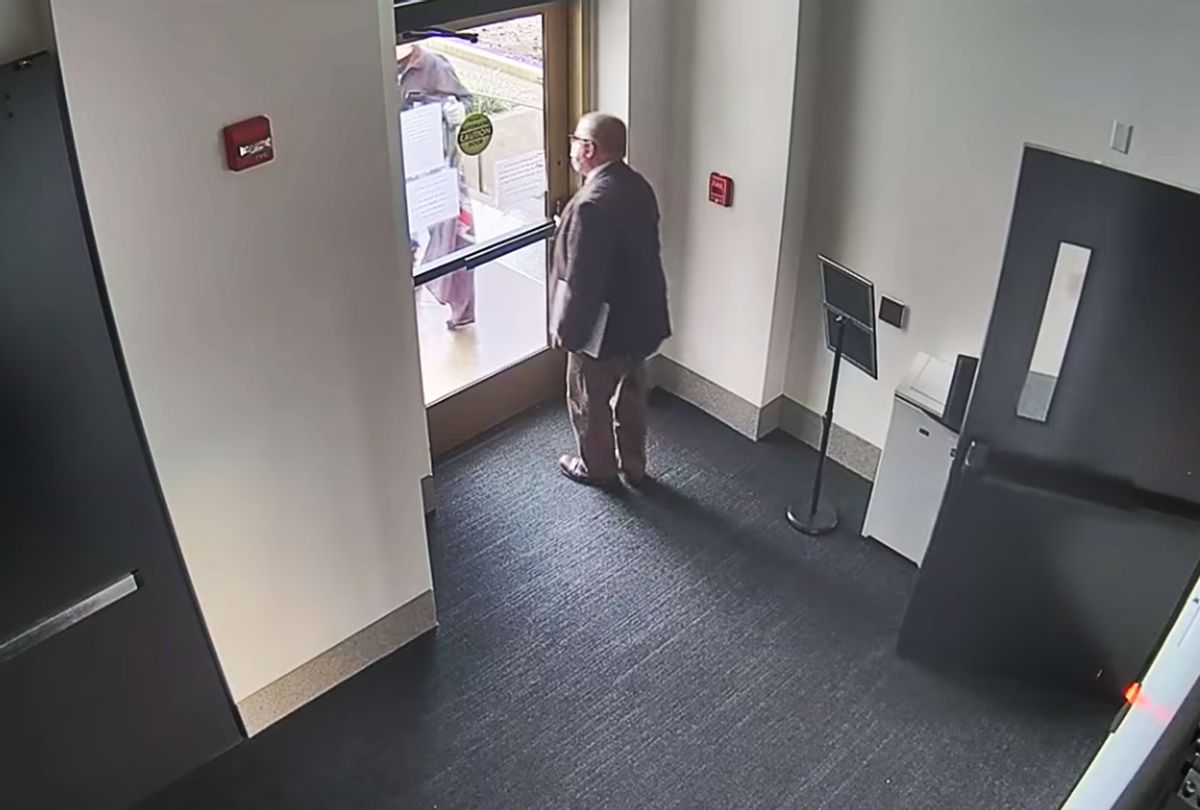 The charges include first-degree official misconduct and second-degree criminal trespass, according to court records obtained by CNN. Nearman has formally been accused of "unlawfully and knowingly perform(ing) an act which constituted an unauthorized exercise of his official duties, with intent to obtain a benefit or to harm another," and is set to be arraigned on May 11.

Security footage shows Nearman exiting the state Capitol building on December 21 around 8:30 a.m., when his fellow colleagues were still in a floor debate regarding a state-wide COVID-19 relief package. A raucous throng of people protesting COVID restrictions can be seen just outside the chamber Nearman exits from, suggesting that the legislator deliberately granted entry to them.

Shortly after Nearman leaves, the demonstrators, some of whom brandished firearms, engaged in a physical confrontation with state police who impeded further entry into the building. Oregon State Police said that "a protester sprayed some kind of chemical irritant" at the officers, according to CNN. However, the officers eventually secured the chamber.

A complaint filed in January by Oregon state Democrats alleges that Nearman "let a group of rioters enter the Capitol, despite his knowledge that only authorized personnel are allowed in the building due to the COVID-19 pandemic." It also called Nearman's actions "completely unacceptable, reckless, and so severe that it will affect people's ability to feel safe working in the Capitol or even for the legislature."

On Friday, Oregon House Speaker Tina Kotek, a Democrat, demanded that Nearman resign, tweeting: "Rep. Nearman put every person in the Capitol in serious danger and created fear among Capitol staff and legislators."

Oregon House Majority Leader Barbara Smith Warner echoed Kotek in January: "Rep. Mike Nearman's actions are a stain on this state. He put the lives of staff members, legislators and Oregon State Police officers in jeopardy. He is an embarrassment to this institution. He must be held to account."

Nearman, whose legal representation on the matter remains unclear, said in a written statement back in January: "I don't condone violence nor participate in it. I do think that when ... the Oregon Constitution says that the legislative proceedings shall be 'open,' it means open, and as anyone who has spent the last nine months staring at a screen doing virtual meetings will tell you, it's not the same thing as being open."

According to NPR, at least three of the protestors who participated in the breach of the Oregon state Capitol went on to participate in D.C.'s Capitol insurrection.

The Oregon House Conduct Committee is set to investigate the incident and determine whether the state Republican violated workplace rules. Nearman may be expelled from the body, depending on whether the state Congress can reach bipartisan support for the effort. Nearman has since been ousted from all his committee seats, though he still appears in House floor proceedings.

The incident is not Nearman's first go-around with controversy. Back in October, the lawmaker sued Gov. Kate Brown in October due to the state's COVID restrictions, according to the Times. In December, Nearman joined a dozen Oregon lawmakers who had encouraged the state attorney general to join a lawsuit looking to reverse the results of the 2020 presidential election.