After prosecutions dove to 25-year low under Trump, will Biden DOJ crack down on corporate crimes? 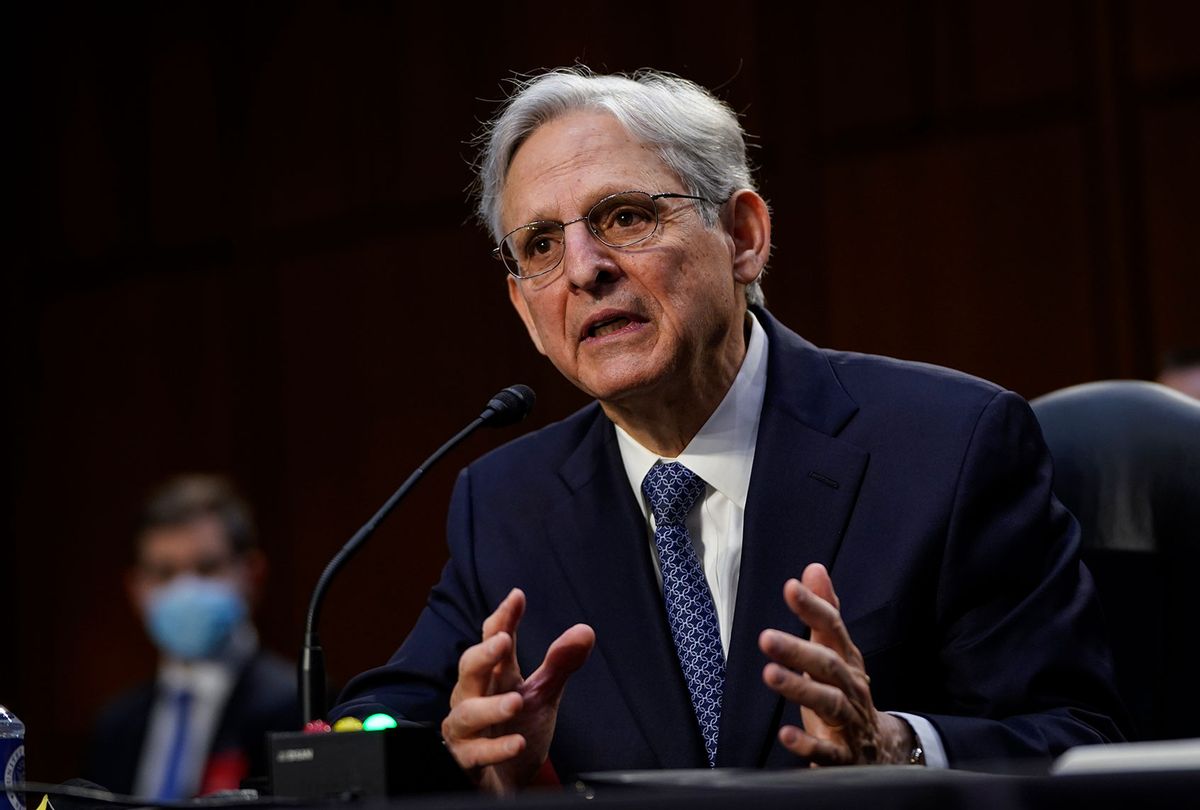 Attorney General nominee Merrick Garland testifies during his confirmation hearing before the Senate Judiciary Committee in the Hart Senate Office Building on February 22, 2021 in Washington, DC. Garland previously served at the Chief Judge for the U.S. Court of Appeals for the District of Columbia Circuit. (Drew Angerer/Getty Images)
--

A new consumer watchdog report out Monday shows that prosecutions of corporate lawbreakers fell to a 25-year low during former President Donald Trump's final year in office, a finding that spurred calls for the Biden administration to make a priority of ending impunity for big business.

Titled Corporate Criminals Above the Law (pdf), Public Citizen's analysis draws on federal sentencing data to show that just 94 corporations either pleaded or were found guilty of criminal activity in 2020—the lowest level since the U.S. Sentencing Commission began releasing business prosecution statistics in 1996. In 2000, by contrast, 296 corporations pleaded or were found guilty of violating the law.

At the same time as enforcement continued to decline in 2020, the report notes, deferred prosecution agreements and nonprosecution agreements spiked to 45 during Trump's last year, letting corporations such as Bayer's Monsanto, Chipotle, and JPMorgan Chase off the hook for wrongdoing ranging from improper storage of hazardous pesticide waste to violations of food safety laws.

"Trump's DOJ is infamous for pursuing a cruel 'tough on crime' approach to immigrants and low-level offenders," Rick Claypool, a Public Citizen research director and author of the report, said in a statement. "It also should be infamous for letting corporate criminals off the hook. President Biden's DOJ should ramp up enforcement to show that corporate criminals are not above the law."

To ensure corporations are held accountable for illegal behavior that endangers workers, customers, and the environment, Public Citizen recommends that the Biden administration take a number of policy steps, including:

Robert Weissman, the president of Public Citizen, said in a statement that "if corporations know they can commit crimes and—if caught—be required to do little more than promise not to violate the law in the future, it is a virtual certainty they will break the law regularly and routinely."

"If we want corporations to follow the law, then it's past time to do away with deferred and non-prosecution agreements," Weissman added. "Declining corporate prosecutions and increasing corporate leniency agreements can be directly attributed to the soft-on-corporate-crime policies of the Trump administration. President Joe Biden and Attorney General Merrick Garland should swiftly rescind this destructive trend."