A college degree is supposed to open doors to the future, but overwhelming debt can make grads feel trapped instead 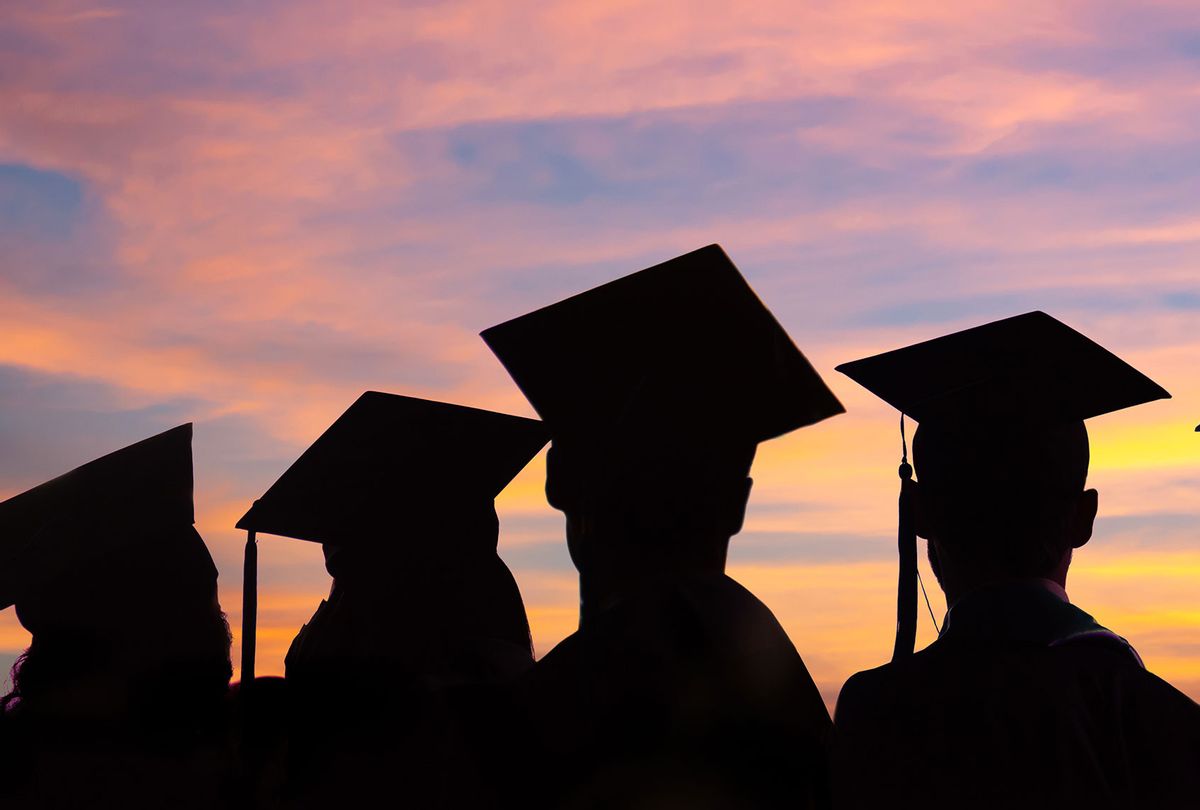 Across the country, fully vaccinated sets of parents are making plans to celebrate their new college graduates. Even with the limits of COVID-era celebrations, many colleges are planning some sort of graduation festivities. Grads will don caps and gowns while families sit outside to honor their achievements. Social media feeds will fill with smiling grads. But is everyone as happy as they seem?

College graduation is supposed to be a time of celebration, a commencement of the future that lies ahead, and graduating in 2021 as the nation's worries over COVID begin to shift should be especially exciting. But graduation is increasingly not the exciting launch to a future that it is meant to be, because graduation also means the beginning of student loan payments.

It's time to take seriously the mental health ramifications of student debt infecting almost every aspect of a borrower's life. Beginning with a freshman's first semester, the looming anxiety caused by debt affects every decision a student makes. From the selection of a major to the decision to take on course overloads, to choices over whether or not to work an unpaid internship, the financial burden of a college degree increasingly replaces the hope a college education should bring with fear and anxiety instead.

As one student told Student Loan Planner (a consulting company that focuses on student debt) in a mental health awareness survey, "Student loans make me feel like my life isn't my own. A time that should be filled with excitement and new experiences is instead filled with dread and uncertainty."

RELATED: Student debt is causing a mental health crisis. Forgiving it would ease distress for millions

In 2021, student debt ballooned to $1.71 trillion. According to Educationdata.org, 43.2 million student borrowers are in debt by an average of $39,351 each. Over the last 20 years, the total federal student loan debt balance has increased 584%, averaging an annual growth rate of 29.2%.

A chilling sign of the debt crisis is the fact that nearly one million borrowers owe more than $200,000.

The story of student debt isn't new. And the story of how it creates stress for students isn't new, either. We know that student debt keeps graduates from buying homes and cars, and starting families.

In an article for Very Well Mind, Taneasha White tells the story of Brooke Taylor, a Virginia-based educator and business owner, whose debt is keeping her from planning a future: "I'm 31 and would like to buy a house, and my loans definitely impede that. What really gets me is the interest. It feels like you'll never be able to pay them off because of the amount of interest that is tacked on every month. Well over 30,000 dollars has been added to my loans just in interest alone."

We have known for some time that student debt does not facilitate the commencement of a graduate's life. But perhaps less attention has been paid to the fact that debt could literally be killing our graduates.

Cryn Johansen, in a 2012 article produced by the Economic Hardship Project and published in HuffPost, tells the story of Jason Yoder, an organic chemistry graduate of Illinois State University who incurred over $100,000 in debt, yet was having a hard time getting a job in his field. In 2007, his mother discovered his body in a campus lab, dead due to nitrogen asphyxiation. According to Johansen, "Suicide is the dark side of the student lending crisis and, despite all the media attention to the issue of student loans, it's been severely under-reported."

Johansen also writes about John Koch, a 47-year old law school grad whose debt ballooned to over $320,000 after various deferments. In the story, he darkly jokes that the loans were meant to "better myself," yet left him living with his parents and thinking about ways to die.

These are not isolated cases. Instead, they are indicative of an epidemic of suicide and suicidal thoughts linked to student debt. A March 2021 poll of over 2,300 high debt loan borrowers conducted by Student Loan Planner found that suicidal ideation for those with student debt grew from one in 15 in 2019 to one in 14 in 2021.

What was most striking about the poll results was the fact that the various efforts to mitigate the financial burden of COVID-19 did not have a substantial psychological benefit for those with student debt: "Even with financial help from the CARES Act — which froze student loan payments and slashed interest rates to 0% — people are still feeling the heavy burden of debt."

COVID forgiveness didn't help. Think about that for a moment. This is a critical part of the story because it tells us that the anxiety over debt is not simply a matter of needing to make payments. Instead, what it shows is that rather than open doors for students, debt entraps them.

For the most part, the logic supporting the practice of encouraging students to take out loans to pay for higher education has been that the debt, while burdensome and at times overwhelming, is still worth it. We knew college was getting more expensive but we also knew that college degrees opened doors to a number of careers, and that college grads make more money than those who don't get degrees. So the basic belief was that, as troubling as the debt crisis was, it was a bitter pill that students had to swallow in order to have a future.

But the research increasingly suggests this may not be true.

It gets worse. As personal finance expert Robert Farrington explains in a Forbes contributor post, student loan debt is one of the worst debts anyone can have. "You cannot easily discharge it in bankruptcy, meaning you're stuck paying it off no matter what life circumstances come your way. And … some student loans don't even disappear when you die — and they can even plague your family with financial worry for years to come."

Most coverage of the correlation between suicide, suicidal thoughts and debt ends with advice for the borrowers.  According to Travis Hornsby of Student Loan Planners, there are multiple ways for borrowers to successfully navigate paying back their loans.

But here's the missing part of the story. Too often the conversation centers either on how students can be more savvy borrowers, or how lenders — whether public or private — can be more ethical, transparent and supportive. But focusing only on borrowers and lenders misses the third element in this twisted love triangle: the institutions of higher education themselves.

Interestingly, the colleges and universities that benefit from this debt system are rarely held accountable in any way for the debt students take on to get their degrees.

Conversations about tuition caps or about better career placement transparency are virtually absent from the debate over student debt. For example, career placement stats are often inflated. Students who don't answer surveys are left out of the total tallies. When we consider that unemployed students are less likely to self-report their status, we can see how quickly these numbers can skew. And that's just one example.

Hornsby speculated that if schools were really punished when they didn't tell the truth about student outcomes things would change quickly.

One way to shift some of the debt burden onto institutions, Hornsby said, would be to seek "civil penalties for institutions that intentionally misstate student outcomes in order to increase enrollment." He also suggested that it was time to highlight the debt to income (DTI) ratio for a program's graduates. Hornsby argues that there should be a "reduction or elimination of federal financial aid for schools whose graduates consistently have high debt-to-income ratios."

There are various ways that institutions of higher ed can play a more positive role in the debt crisis, but clearly one way to start is for them to acknowledge the fact that the only reason students have debt is because they are paying high tuition bills. Thus far, higher ed institutions have been raising costs, yet have not raised their responsibility in the debt equation, instead leaving it to their graduates to bear all of the burden.

Colleges tend to use commencement as the moment when they encourage their new alums to donate to their endowment. It's such a massively tone-deaf move for graduates to process, and it's worth asking what impact that, too, has on graduates' anxiety and depression. I've always found it ironic that at exactly the same time that a graduate contemplates having to pay back student loans, their institution is also asking them to give them money.