As a recent college graduate, I should be terrified – here's why I'm not

Gen Z has often been pitted against Millennials, but we sadly have terrible economies and job markets in common 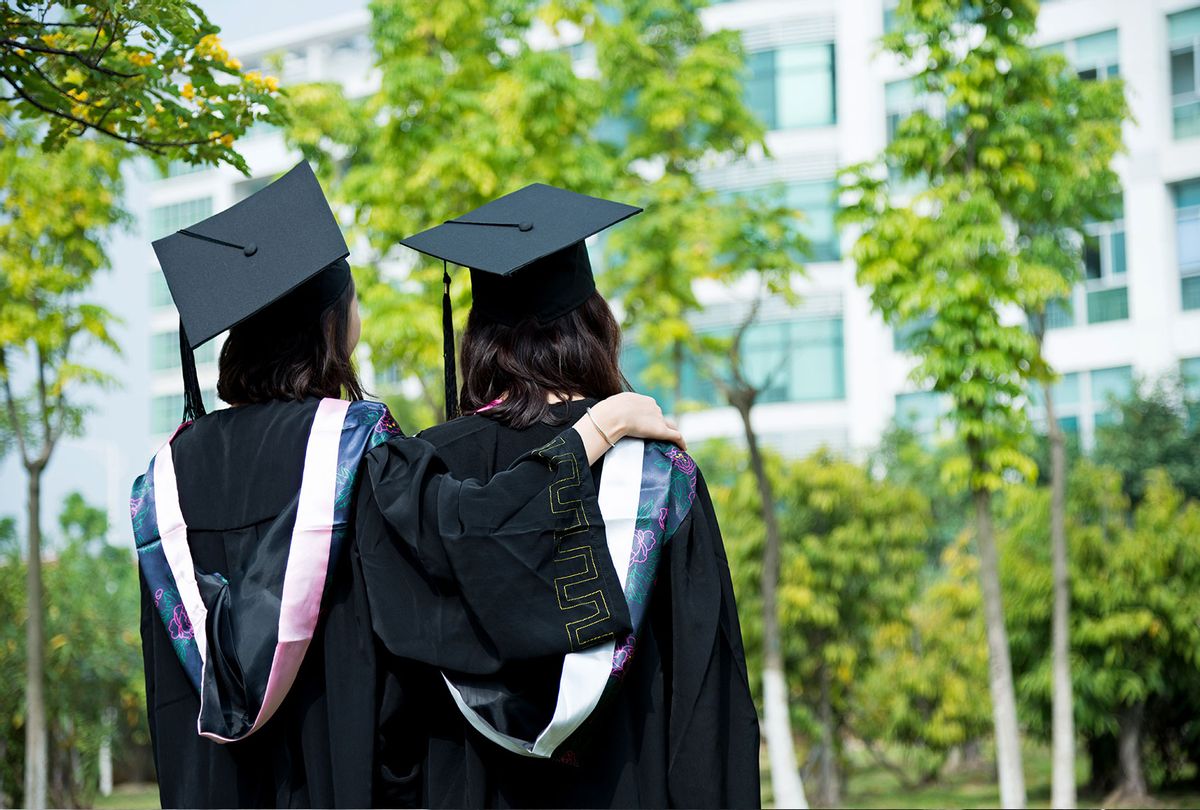 As a college graduate, I'm looking back to move forward.

Throughout the years, each rising generation of young people in the U.S. have faced challenges unique to the times. There have been wars, health epidemics, political, civil, and economic unrest – all a natural byproduct of a rapidly developing society that almost always prioritized innovation over stability.

The wounds from the financial crisis of 2008 and the subsequent Occupy Wall Street movement  are still quite fresh. The misfortune of college graduates and young people at that time swirled perfectly to combine some of the most dire job markets since the Great Depression, with outrageous student loan debt and interest rates that had gone unchecked for far too long.

The impact of those years, and the egregious lack of accountability for the figures that caused such a crisis reverberate today in many sectors: home ownership, access to healthcare, retirement, and the long held american notion of upward mobility. It was a given in the U.S. that children would go on to live better, or at least more financially fruitful lives than their parents. If there's anything recent statistics have shown, it's that this is no longer the norm, and has not been for quite some time.

How am I, a fresh college graduate, supposed to look to the future with the expectation that anything will improve? I, like the class of 2008, am inheriting a job market that is lean at best and more specifically into media – an industry that has continually cannibalized itself in order to remain "profitable"?

Not only that, beyond defining my worth within the capitalistic notion of productivity, how am i supposed to expect things to improve on a social level? I would argue that many of the events that led to the recession were perfectly aligned with how the pandemic was able to grip this nation with little effort. It is a concentration of power within a group of people who would rather make a profit than acknowledge the humanity of the people they exploit to get where they are.

And while there are parallels between then and now, there are also some stark differences. Maybe those are what I look forward to for hope.

You've likely seen the viral stories of fast-food chains and other restaurants posting angry signs on their doors and windows, touting the argument that unemployment benefits and stimulus checks have made people lazy. North Carolina's David Rouzer recently tweeted a photo of a Hardee's "closed" sign due to lack of employees as supposed proof of this.

However Eater details how this is a reductionist and blatantly untrue way to construe the issue.

The reality is that throughout the pandemic, food-service workers were forced to witness the disregard their employers had for their well-being. Line cooks were notoriously the group of workers with the highest mortality rates, working long tiring hours in cramped quarters for low wages . . . without healthcare. The current minimum wage can't make up for possibly losing your life and endangering the lives of one's dependents.

Throughout my senior year of college, the majority of which has been spent in my childhood bedroom in the house that my parents own, I feel like I have observed a shift in perspective towards labor that will not be limited to the service industry.

Speaking with friends and classmates, and even just seeing trends on social media, it has become clear to me that this new generation is not willing to repeat the cycle that millennials were forced to endure. It begins with the acknowledgment that the status quo was never satisfying for anyone. There is no reason why a fast food employee should not be able to make a living wage. I would go so far to say that there is truly no good reason why anyone should not be able to make a living wage. There is value in all labor, but the exploitation of the worker is dependent on their job.

It may sound like naive 22-year-old word salad to some of you, I'm sure. But if the pandemic has taught us anything, it's that we have always had the means to change our material conditions for the betterment of society. It was just an active choice not to enact them. People have been able to receive their COVID vaccinations free of charge, the federal government has provided extensive unemployment benefits and stimulus checks to those who needed them, and the concept of working from home has been accepted as a suitable alternative to requiring a commute, or even just expecting a pool of employees to live in cities with high costs of living.

This all goes to say that things simply never had to get this bad. One stream of online discourse I have found entertaining lately is the narrative of Gen-Z vs. millennials. Sure, most of it has focused on the minutiae of where the waistline on your jeans should fall, but media coverage and strange women who like to make songs up about current events have focused more on the differences between the two rather than what they could learn from each other.

As I enter the Big Bad Media industry, I look to mentors and people I admire to extend a branch that they were never afforded. I have learned what to expect from my employers in terms of work culture and compensation, the many generational barriers that exist for the sake of it, and I have seen those very people start to build the future they should have been given. It starts with the unionization efforts within newsrooms like the New York Times' Tech Guild, media collectives like Study Hall, and the rebirth of publications like Defector, that prioritize equity and the idea of treating employees with the humanity they deserve.

So while it is obviously daunting to move forward into uncertainty, and hope we are on an upward trend of managing this pandemic, of managing the corruption that has actively encouraged exploitative workplaces, managing all of those unfair and unseemly things that all seem to be connected, I can't lie and say I'm completely terrified. Because those who came before me have dealt with this kind of s**t too. And it is their work that assures me change is possible.