As reports of Scott Rudin's workplace abuses pile up, the producer steps back from big-name projects

A rundown of Rudin's behavior, from sending an employee to the hospital to shaming Rita Wilson's cancer diagnosis 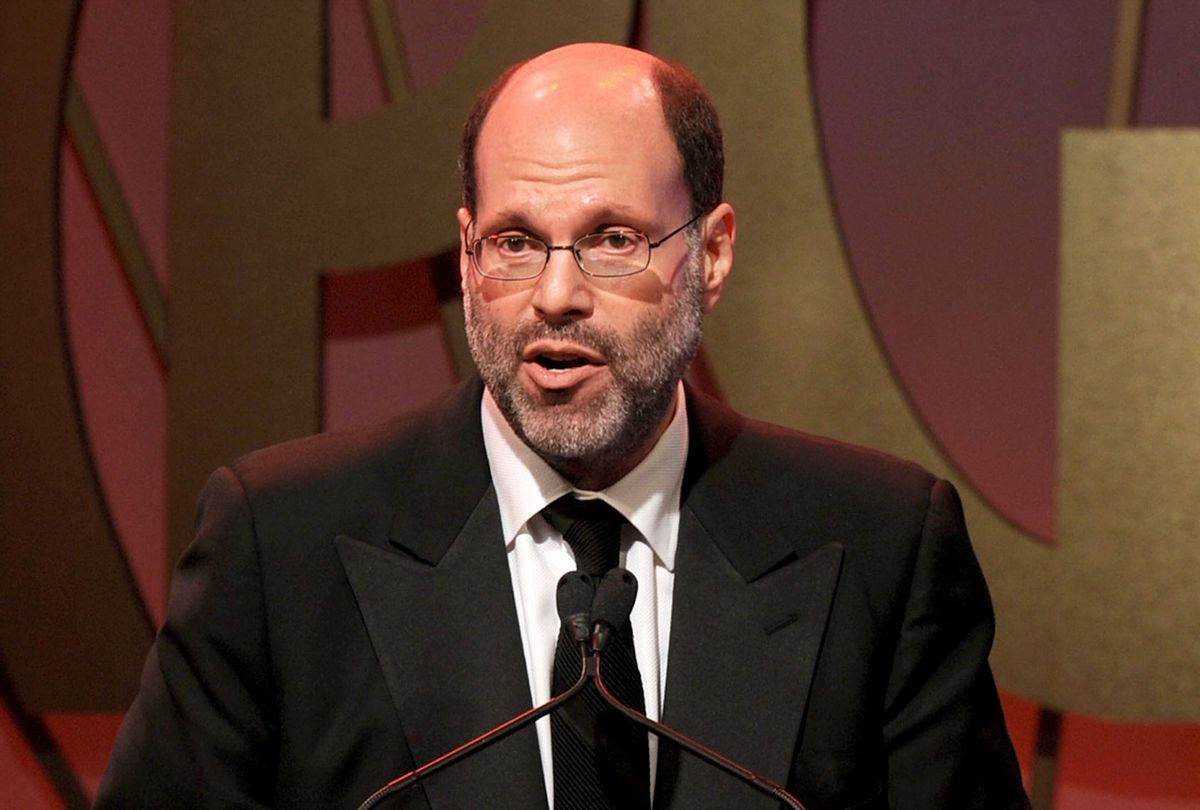 Scott Rudin is one the most established producers in both Hollywood and on Broadway. He is an EGOT — having won multiple Emmy, Grammy, Oscar and Tony awards — who was behind projects like "No Country for Old Men," "Lady Bird," "The Book of Mormon" and eight Wes Anderson films.

But, according to multiple reports that began surfacing earlier this month, he is also allegedly an abusive boss who has used his power to make the people with whom he worked feel "worthless, unvaluable and replaceable."

The allegations began with an April 7 expose by Hollywood Reporter writer Tatiana Siegel, who interviewed multiple of his past employees who described him to be an "absolute monster" with a volcanic temper, whose violence in the workplace — Rudin once shattered a computer monitor on an employee's hand after the young man failed to get him a seat on a sold-out flight — was excused because of his professional brilliance.

Curiously, Rudin's abusive behavior has been lauded in the past; in 2005, the Wall Street Journal ran a profile on him under the headline "Boss-zilla!" while the Hollywood Reporter previously dubbed him, as a compliment, "The Most Feared Man in Hollywood" in 2010.

However, in addition to spotlighting instances of sexual harassment in Hollywood, the #MeToo Movement has also caused many to reassess the workplace abuses perpetrated by powerful men, now including Rudin.

Since the publication of Siegel's story, more former employees and show business professionals, including actress Rita Wilson and playwright Sara Ruhl, have recounted what it was like being the target of his wrath. This has resulted in boycotts of his planned projects which has left Rudin, as the New York Times put it, "an immobilized impresario just as Broadway is preparing to put tickets back on sale following a lengthy pandemic shutdown."

This story continues to develop as more and more people speak out, but here is a timeline of the allegations and what we know so far about the status of Rudin's upcoming productions.

Andrew Cole was a development executive at Scott Rudin Productions in 2012. He described an environment where 14-hour workdays were standard.

"There were the guys that were sleeping in the office, the guys whose hair was falling out and were developing ulcers," he told The Hollywood Reporter. "It was a very intense environment, but that just felt different. It was a new level of unhinged — a level of lack of control that I had never seen before in a workplace."

But he was shocked when Rudin sent an employee to the emergency with cuts on his hand after striking him with a computer monitor while in a fit of rage.

Another staffer, Caroline Rugo, described a similar environment in 2018 in which Rudin threw or damaged various objects ranging from beating on a napkin dispenser to shattering a glass bowl after throwing it in the direction of a colleague, which then caused the HR employee to leave in an ambulance "due to a panic attack."

A recent assistant told The Hollywood Reporter that Rudin threw a baked potato at his head when he alerted him that executives from A24 were in the building for a meeting that Rudin hadn't planned on taking, while another assistant witnessed Rudin "throwing a stapler at a theater assistant and calling him a 'retard.'"

Rudin would also allegedly leave employees and fellow producers stranded on the highway if they got into arguments while driving and attempt to physically intimidate individuals by standing over them while they were seated to yell at them.

"On Indeed.com," Siegel wrote. "Where Rudin posts ads for a constant stream of vacancies, one anonymous reviewer warned prospective applicants to 'Please Run Far, Far Away.'"

According to Deadline, New York City protesters gathered in the streets to petition for greater diversity and equality in Broadway as theaters eye reopening following COVID-19 shutdowns. One of their demands to revoke Rudin's membership from the Broadway League, a trade organization of theater owners and producers.

"If he is not removed from the Broadway League, we want restoration," the March on Broadway organizers told Deadline in an email. "We want Scott to publicly choose 20 BIPOC run theatres and donate a LARGE SUM of money to them."

Actress Rita Wilson was starring in a Rudin production of Larry David's play "Fish in the Dark" when she learned that she had breast cancer. She alleges that when she told Rudin the news, he demanded to see her medical records and complained that she would need time off during Tony Awards voting season.

She told the New York Times that, several days later, she received a call from her agent "saying her surgeon needed to call the insurance adjustor immediately, per Mr. Rudin's demands.

"I felt like he was trying to find a way to fire me legally," Wilson said. "He is the kind of person who makes someone feel worthless, unvaluable and replaceable."

April 24: Rudin reveals he's resigning from the Broadway League and distances himself from shows

In a statement to the Times, Rudin said that he would be resigning from the Broadway League.

"I know apologizing is not, by any means, enough,'' he said. "In stepping back, I intend to work on my issues and do so fully aware that many will feel that this is too little and too late."

He also said that he would be "stepping back" from several highly anticipated projects, including a revival of "The Music Man," which is set to star Hugh Jackman and Sutton Foster and begin previews in December.

According to the Times, Jackman and Foster were "committed to a healthy workplace at "The Music Man" and were pleased that Mr. Rudin had stepped away."

Rudin told the publication that he "resigned from the shows so that nobody would have to defend me or defend working with me — the decisions were mine and were based on my desire to see the shows go forward."

It's unclear at this time whether Rudin will financially benefit from the show, despite having resigned.

Rudin also had several other projects in the works, including Broadway revivals of "Our Town" starring Dustin Hoffman, "The Piano Lesson" starring Samuel L. Jackson, and "Death of a Salesman" starring Nathan Lane. The fate of those projects is unclear, as well.