A win for Gerwig would mark a significant shift in taste for the Academy; it would be a change for the good 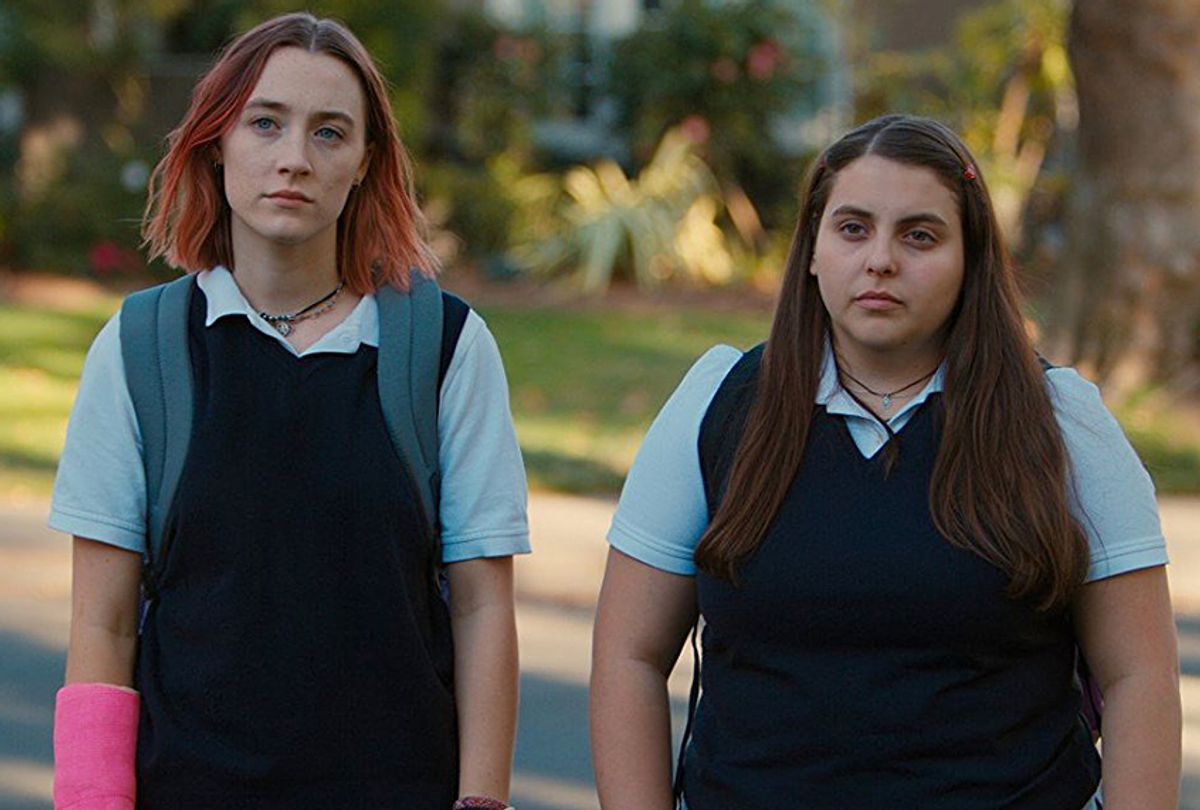 Saoirse Ronan and Beanie Feldstein in "Lady Bird" (A24)
--

As far as entertainment awards go, Gerwig’s nomination is an important accomplishment. It comes in a moment of gender reckoning. Sexual exploitation has dominated the news, but the abysmally low rate at which women are recognized for directing is a product of the more insidious ways the Hollywood system is stacked against women. Only 7 percent of the top 250 American films were directed by women as recently as 2016. Gerwig’s nomination is testament to the excellent work women can do when given a chance to sit behind the camera, and it may serve as inspiration for other women to do so.

But the significance of Gerwig’s nomination also transcends gender. If, come March 4, Gerwig takes home the Best Director trophy, the victory will be momentous for what it says about Academy tastes.

“Lady Bird” is not the sort of film for which directors are typically recognized. Most years, the Academy awards craft in the director field. The winners tend to be men who have made big, flashy films with dynamic cinematography and visibly grand ambition. It’s easy to marvel at Damien Chazelle’s whip pans in 2016’s “La La Land,” or the fluidity with which Alejandro Gonzalez Iñárritu shot the opening battle scene in 2015’s “The Revenant,” or his single take conceit in 2014’s “Birdman or (The Unexpected Virtue of Ignorance),” or the balletically orchestrated motion that Alfonso Cuaron employed in 2013’s “Gravity.” In each of these films, coincidentally, there is an epic sequence where a character either flies or falls.

Conversely, with “Lady Bird,” Gerwig’s effort is more earthbound. The film is small — both in budget (an estimated $10 million) and scope (an intimate character-driven coming-of-age story) — and Gerwig’s hand is subtle. There are no cutting-edge special effects; there is no dazzling camerawork. Rather, Gerwig gets out of the way and lets her characters shine.

And they do. Across the board, Gerwig, who of course is an actress herself, gets magnificent, deeply felt performances from her actors. Her two leads, Saoirse Ronan (who plays Christine “Lady Bird” McPherson) and Laurie Metcalf (who plays Lady Bird’s mother, Marion McPherson), were recognized for their efforts with acting nominations. And the supporting players who were not nominated, including Tracy Letts as Lady Bird’s father, Beanie Feldstein as Lady Bird’s best friend and Timothee Chalamet as Lady Bird’s pretentious second boyfriend, turn in equally inspired performances — in turn sympathetic, charming and quietly funny.

Part of these actors’ brilliance stems from exceptional casting — an often overlooked component of directing. But beyond the performances, Gerwig also infuses “Lady Bird” with a sense of place and a masterful pace. The film never lags, and the timing of both the jokes and the emotional moments elevates the resonance of each.

Winning Best Director will be an uphill battle for Gerwig, who is up against stiff competition, including three established masters (Paul Thomas Anderson, Guillermo Del Toro and Christopher Nolan) and a fellow first-time director (Jordan Peele) who brilliantly tapped into the American zeitgeist. The work of each of the men Gerwig faces off against is arguably more visually sensational than “Lady Bird” — with Christopher Nolan’s visceral war film “Dunkirk” representing the most dramatic contrast.

“Dunkirk” is a stunning cinematic accomplishment, for which Christopher Nolan deserves ample praise (I named it the top movie of the year). But a win for Nolan would represent a continuance of tradition — the Academy rewarding craft and bigness. A win for Gerwig, on the other hand, would represent an expansion of cinematic values, an acknowledgement of the power of directorial subtlety. There’s no right answer (including the other nominees), just an old one and a new one.