Despite turmoil in Hollywood, 2017 was a great year for movies 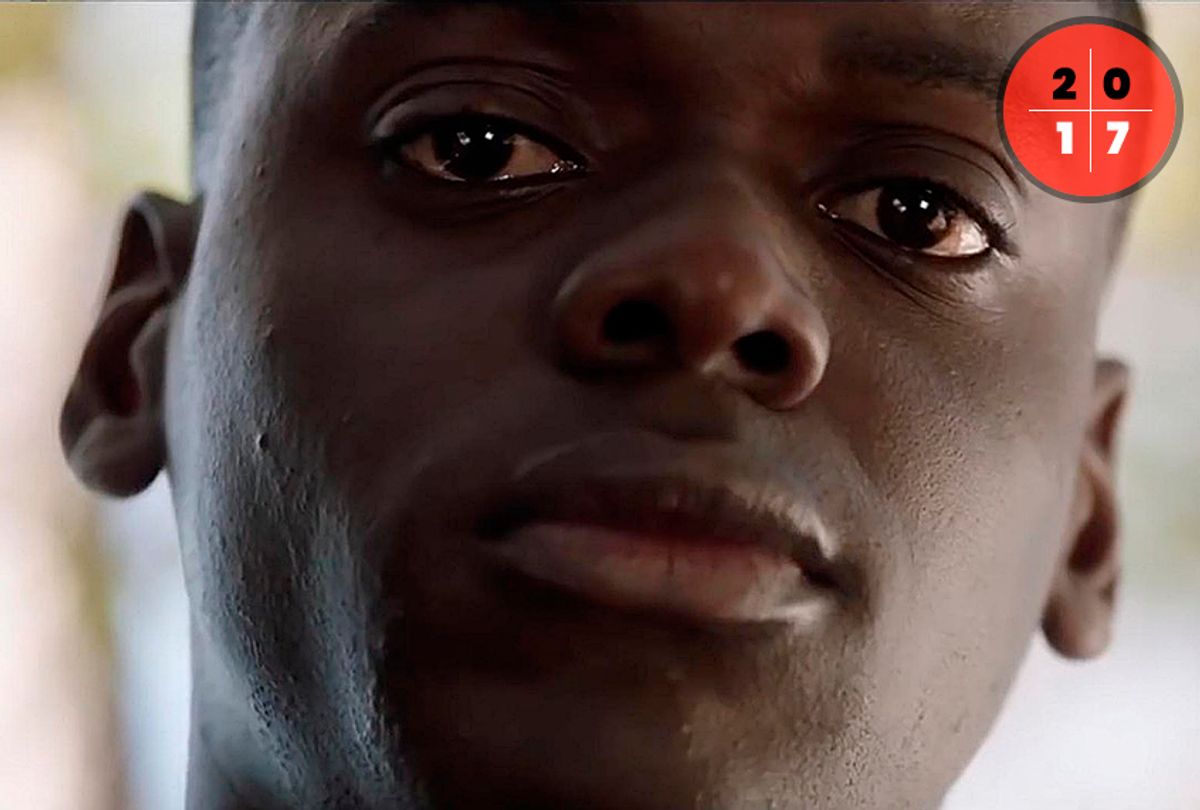 At this point, it’s surprising that California’s current spate of wildfires hasn’t engulfed Hollywood. It’s been that kind of year for Tinseltown; everything has seemed to go up in flames. In the two months since The New York Times’ initial report on Harvey Weinstein’s years of systematic sexual predation, many of the industry’s biggest stars have been exposed and brought down for their own misbehavior; productions have scrapped now-poisonous names from credits, or from the movies themselves, or even, in the case of Louis C.K.’s “I Love You, Daddy,” scrapped a movie’s release altogether. It’s been a long-coming, necessary reckoning, but one that has been an Aronofskian nightmare for Hollywood nonetheless.

And speaking of Darren Aronofsky, the mood in Hollywood wasn’t so much better before the reckoning. Remember just a couple months ago when, following the underperformance of the director’s surreal religious/eco allegory “Mother!”, we were debating whether Rotten Tomatoes should be blamed for the demise of cinema? (And, no, that was not just a hot take from bloggers; it was the argument of Martin Scorsese.) Well, Hollywood’s box office problem hasn’t gone away. Box office grosses have fallen 4 percent compared to where they were at this point last year.

All that said, 2017 has, ironically enough, been a terrific year for actual movies. The peaks reached by the best movies in 2017 were, in my opinion, the highest since 2007 (a year that saw the release of “There Will Be Blood,” “No Country for Old Men,” “The Assassination of Jesse James By the Coward Robert Ford” and “Zodiac,” to name a few). Like 2007, 2017 was deep in very good movies; there were a couple dozen films that I would’ve felt good about putting at the end of my top 10 list. Overall, there were a lot of movies that weren’t afraid to get weird.

And the quality extended beyond the highbrow. The year’s blockbuster superhero movies, like “Wonder Woman,” “Spider-Man: Homecoming” and “Thor: Ragnarok,” had some life and humor to them. As did original blockbusters, like “Baby Driver,” “Atomic Blonde,” “American Made” and “Girls Trip.”

But, of course, the big question coming into the year was how filmmakers would respond to the election of Donald Trump. And by and large, the results were inspiring and thought-provoking. There was no more perfect movie for this year than Jordan Peele’s “Get Out,” with its uncanny mix of horror and comedy, and the way it eviscerated the complicit (white liberals) rather than more obvious targets. But beyond “Get Out,” there were many other powerful meditations on relevant issues, be they class (“The Florida Project,” “Lady Bird”), gender dynamics (“Battle of the Sexes,” “The Beguiled”) or cultural discrimination (“The Big Sick,” “Beatriz at Dinner”).

Better still, though I’m not sure if the numbers bear this out, 2017 felt like a year in which strides were made in the representation of nonwhite and non-male characters. For me, some of the year’s most enduring characters have been “Okja's" young, tenacious Mija (Seo-Hyun Ahn), “Lady Bird's" loving but exacting mother, Marion McPherson (Laurie Metcalf), and “Landline's" confused sisters, Dana (Jenny Slate) and Ali (Abbi Quinn); women were allowed to be complicated, were fully rendered, and they kicked ass. What more fitting cinematic avatar for this year than Wonder Woman? Maybe Mildred (Frances McDormand) from “Three Billboards Outside Ebbing, Missouri,” or Lorraine Broughton (Charlize Theron) from “Atomic Blonde.”

Now, you’ll notice that not all the movies I’ve referenced made my list of the 10 best movies of the year. There were a lot of movies I loved this year, but what I prized most when I was making my list was extraordinary cinematic experiences — artful filmmaking that was enhanced by big-screen viewing; stories and characters that lingered with me.

It’s worth noting that though box office grosses were down this year, it has actually become more viable to have such experiences on a regular basis. The reason for that is Moviepass; the all-you-can-watch service dropped its monthly rate to $10 this year. I don’t want to extrapolate too much into personal experience, but, in some part thanks to Moviepass, movies have overtaken television in my conversations with friends these past few months.

Then again, maybe that’s had more to do with the quality of the recent slate of films. While Hollywood as an industry may be in a state of flux, the art form is thriving.

“Gemini” has been shown at several film festivals but hasn’t gotten its proper theatrical debut yet. So should it count as a 2017 movie? I’m not sure. What I am sure of, though, is that I had more fun watching Aaron Katz’s modern take on L.A. noir than I did watching almost any other film this year.

Sofia Coppola's remake of Don Siegel's 1971 thriller (itself an adaptation of a 1966 Thomas P. Cullinan novel) comes with controversy and its share of critics. But personally, I was enchanted by the idyllic way Coppola captured the lush Southern plantation setting, and then unnerved by the power/sex dance between five females (varying in age from young children to a middle-aged woman) and their Union soldier visitor. Nicole Kidman, Kirsten Dunst and Elle Fanning — man, doesn't get much better than that. . . Oh, and it's funny, too!

8. "The Meyerowitz Stories (New and Selected)"

The talk around “The Meyerowitz Stories (New and Selected)” has mostly revolved around the great performance Noah Baumbach got out of Adam Sandler. But even without Sandler, Baumbach’s latest would be a literary and cinematic feat. It’s written like a short story and shot (on 16mm) like a vintage classic.

A perfect little film about mothers and daughters, economic anxieties and coming of age. I can’t wait to see what Greta Gerwig does next.

No movie this year made me laugh more than Swedish filmmaker Ruben Östlund’s latest. It’s a satire of art world excess that is chock-full of memorable moments, such as a man taking a performance as a monkey at a black-tie gala a few steps too far and a boy threatening to “Make chaos for you!”

An incredibly smart, perfectly timed satire that is more frightening than it is funny. Zadie Smith wrote more brilliantly on this film than I ever could; read her piece about who owns black pain in the July issue of Harper’s.

Simply, nonstop. But also not so simple: Writers Josh Safdie and Ronald Bronstein wrote detailed backstories for every character, and they manage to depict an outer-boroughs New York City rarely seen on film.

Sean Baker tends to get praise for his empathetic depictions of marginalized characters — and deservingly so. But he’s also one of cinema’s great visual stylists. You could make a postcard out of nearly any frame of “The Florida Project”; it’s so damn beautiful.

“Phantom Thread” is number one in my heart. I left the theater swooning. You could psychoanalyze the central relationship, write dissertations on what Paul Thomas Anderson has to say about artists. But for me, the film’s texture is everything — the wood, the wallpaper, the breakfasts, Daniel Day-Lewis’s smooth voice as Reynolds Woodcock, Johnny Greenwood’s gentle piano score; it’s all silky, velvety, luscious. I’m getting hungry just thinking about it.

“Tour de force” is an overused term. But “Dunkirk” is just that. It’s a big, thrilling masterpiece. This time, the clever way Christopher Nolan plays with time doesn’t detract from the story. You’re just in it.