It's embarrassing to be a state senator at this point" 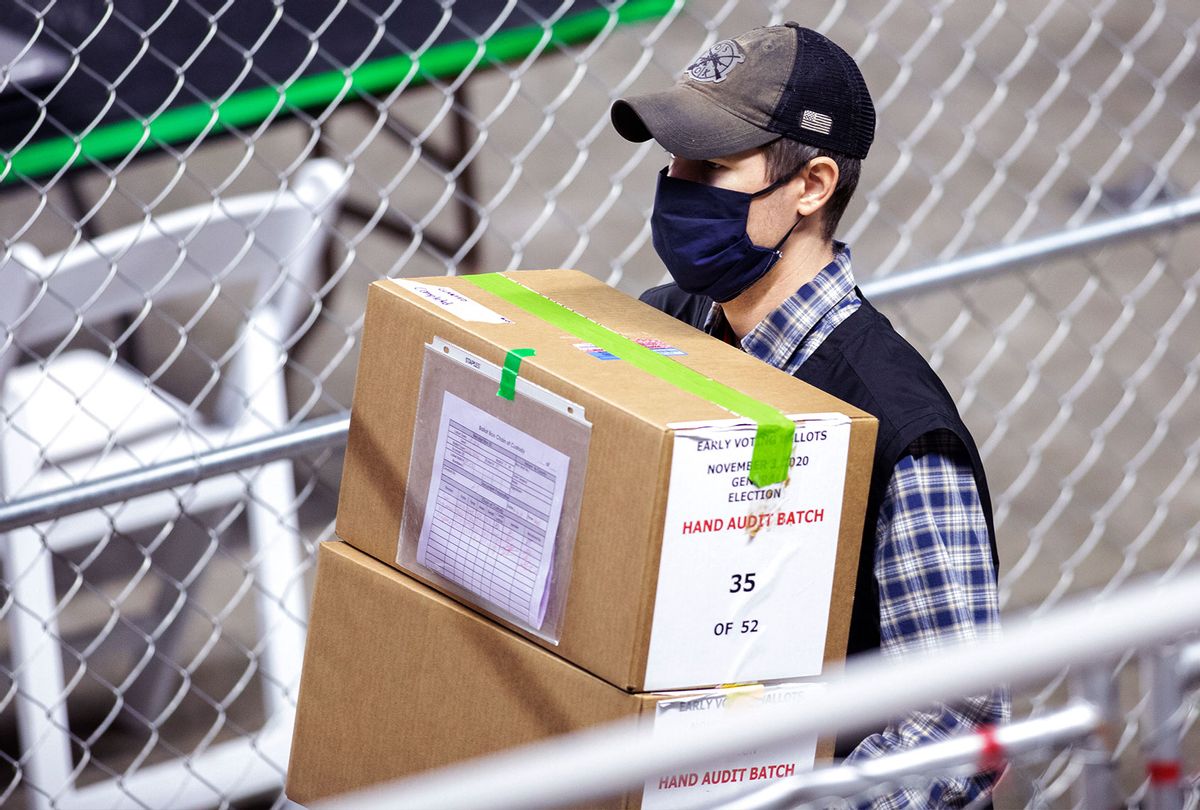 A GOP state senator in Arizona called the state's recount of Maricopa County ballots "ridiculous" in a New York Times interview on Friday.

"It makes us look like idiots," said state Sen. Paul Boyer, a Republican from Phoenix who originally supported the audit. "Looking back, I didn't think it would be this ridiculous. It's embarrassing to be a state senator at this point."

Last month, the GOP wing of Arizona's legislature advanced an audit of the 2020 presidential election in Maricopa County – a county won by President Joe Biden – which they have baselessly speculated was riddled with fraud at the ballots.

President Biden won the state of Arizona by just over 11,000 votes total, according to The Hill. Following his defeat, President Trump repeatedly claimed that fraud in Arizona contributed to his loss in the election.

The recount is currently being conducted by Florida-based tech company Cyber Ninjas, which has no apparent experience in election auditing. According to Politico, virtually no one in the Arizona state legislature had heard of the company prior to last month. Furthermore, Cyber Ninjas' owner, Doug Logan, is a known QAnon conspiracy theorist and an ardent proponent of the "Stop the Steal" movement.

According to the Times, election officials have exhumed 2.1 million votes, but only 250,000 have been counted by hand. Officials initially projected that the audit would be completed by May 14, but given its current pace, the date was pushed back to August.

Last week, the Department of Justice issued a formal warning to the Republican-led Arizona Senate, suggesting that the recount could be in violation of federal voting and civil rights laws, according to CNN. "We have a concern that Maricopa County election records, which are required by federal law to be retained and preserved, are no longer under the ultimate control of elections officials, are not being adequately safeguarded by contractors, and are at risk of damage or loss," the department wrote.

Arizona Secretary of State Katie Hobbs recently aired concerns that her office found several "troubling" practices being carried out by Cyber Ninjas contractors, specifically pointing to the fact that ballots and computers were being left unattended, according to The Hill. "Though conspiracy theorists are undoubtedly cheering on these types of inspections — and perhaps providing financial support because of their use," Hobbs wrote on Wednesday, "they do little other than further marginalize the professionalism and intent of this 'audit.'"

Cyber Ninjas has repeatedly denied requests to provide more transparency on how it is handling the recount. Last week, Arizona Republicans said they plan on sending a letter to the DOJ dismissing its concerns.

Meanwhile, the election auditors' conspiracy theories already abound on how to root out the alleged fraud in Maricopa County.

"There are accusations that 40,000 ballots were flown into Arizona and it was stuffed into the box," John Brakey, a progressive Democrat from Tucson, told 12News. "And it came from the southeast part of the world, Asia. And what they're doing is to find out if there's bamboo in the paper." Brakey said a "forensic analysis" is being done to detect the potential existence of bamboo fibers in paper ballots.