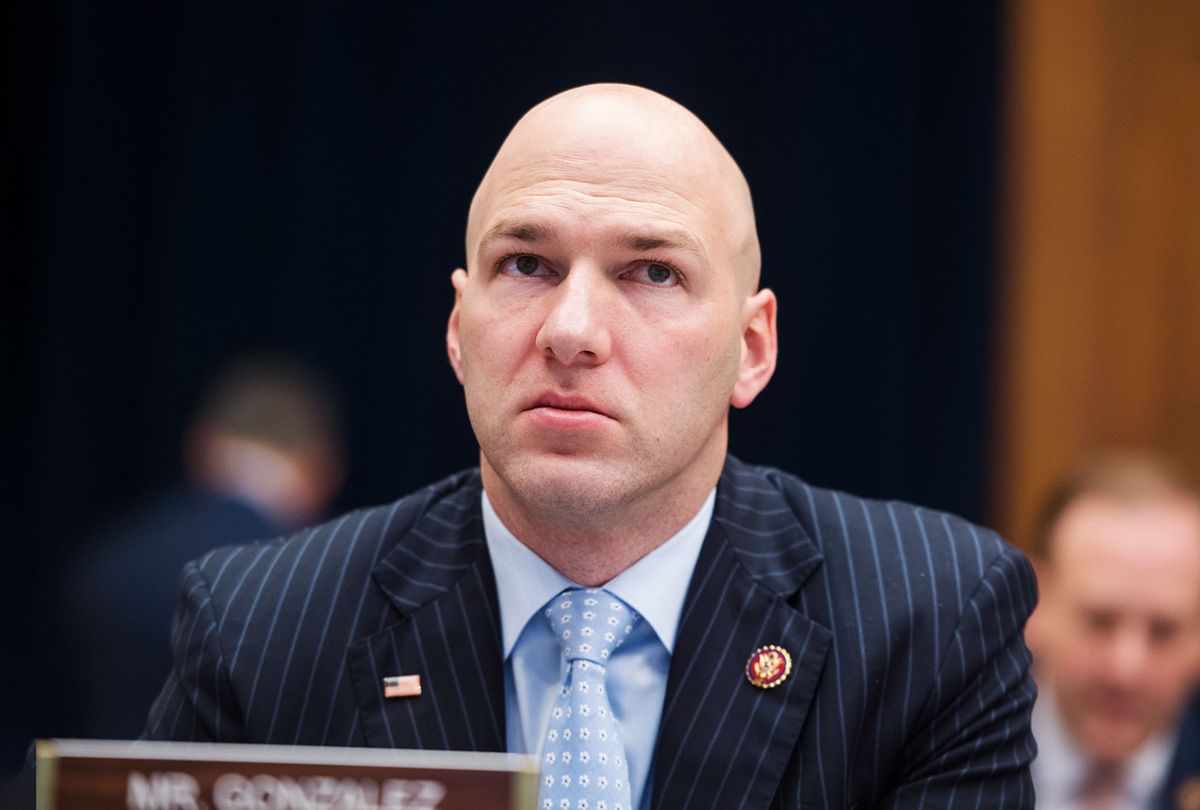 "On Friday, the party's governing board called on Gonzalez, R-Rocky River, to resign in a divided vote. They also voted to censure Gonzalez and nine other members of Congress for "their votes to support the unconstitutional, politically motivated impeachment proceeding against President Donald J. Trump," according to the resolution," The Cincinnati Enquirer reported.

While Ohio has long been considered a swing state, home to more moderate Republicans such as Senator Rob Portman and former Speaker of the House John Boehner, the modern-day Ohio GOP has taken steps to align themselves with the party of Trump, made ever so clear by the move to oust "RINO's" (Republicans only in name) such as Gonzalez.

Ohio State senator Shannon Burns, a member of the state's central committee, has since called for Gonzalez to resign, stating that he "betrayed his constituents" and "demonstrated a hidden vendetta against" the former president. Burns went onto claim that Gonzalez "relied on his emotions rather than the will of his constituents and any credible facts" when considering the Trump impeachment charges.

"Ohio Republicans had planned to vote on censuring Gonzalez and the other House Republicans on Friday, but a resolution to call for Gonzalez's resignation was first introduced during the meeting, a spokeswoman for the Ohio Republican Party told CNN, and was then passed by the central committee," CNN reported on Friday.

In January, following his vote to impeach Trump, Gonzalez said in a statement that he took the measure to impeach over the president's role to "incite a mob that attacked the United States Congress." Gonzalez further argued that Trump "abandoned his post while many members asked for help, thus further endangering all present."

See my full statement on impeachment below. pic.twitter.com/pBBYRI2RUP

Gonzalez's primary challenger, Max Miller, who has been endorsed by Trump, also seized on the move to censure, tweeting, "The Ohio GOP has voted to hold Anthony Gonzalez accountable for abandoning his constituents, his promises, and the Republican Party. Regardless if he resigns or not, we are going to continue spreading our strong, pro-Trump, America First message to every corner of this district."

While the vote to venture Gonzalez wasn't a focal point of Cleveland conservative radio host Bob Frantz, the vote did receive the support of pro-Trump candidates in the state.

"From day one, I have strongly supported efforts to censure and expel traitor Congressmen like Anthony Gonzalez who voted to impeach President Trump," said far-right Ohio Senate candidate Josh Mandel.

The move to censure Gonzalez comes as GOP leaders back in Washinton, D.C. tussle with the prospects of ousting House Republican chairwoman Liz Cheney from her post over her staunch opposition to Trump as early as Wednesday. While Trump-friendly allies say Republican New York Rep. Elise Stefanik should take over Cheney's role, many Trumpworld characters argue Stefanik might not be loyal enough to Trump. "Others, like pundits Ann Coulter and Raheem Kassam, editor in chief of the populist online outlet National Pulse, went on a retweeting spree, highlighting writer after writer, tweet after tweet, questioning Stefanik's commitment to the Trump movement's core tenets, particularly on immigration," Politico noted on Friday.