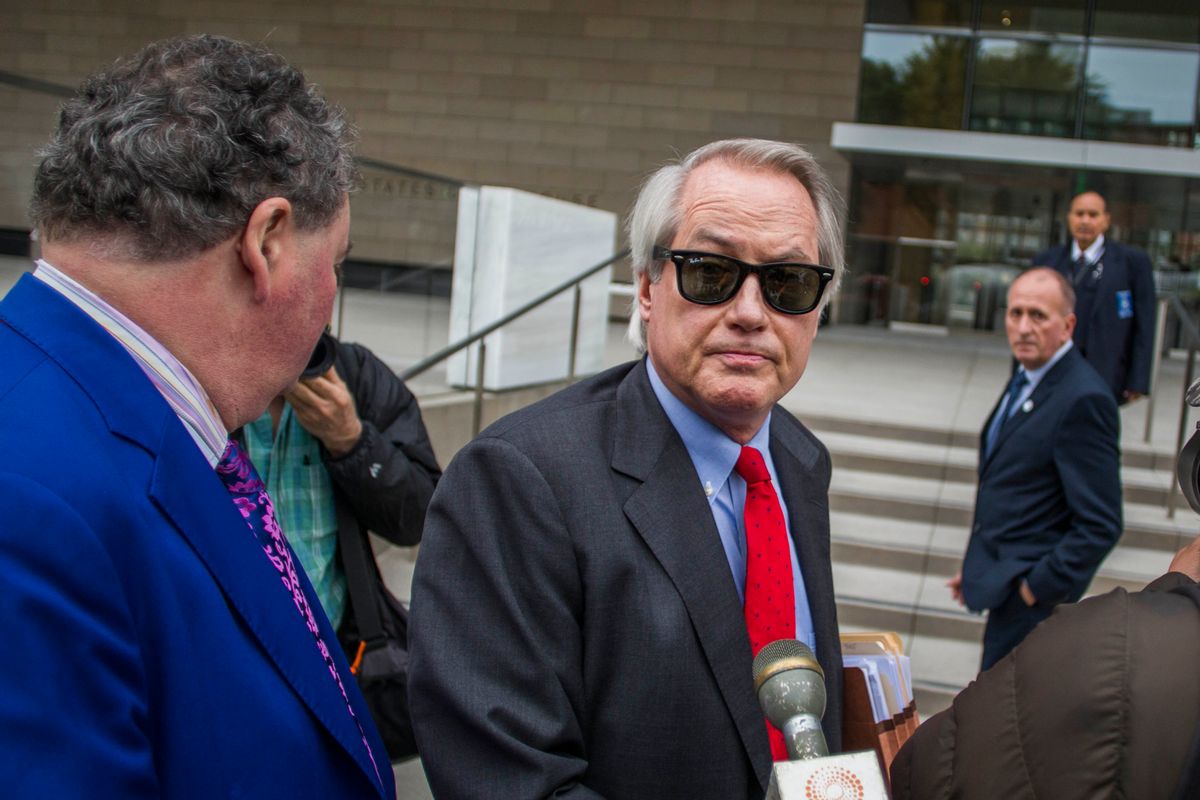 Ardently pro-Trump lawyer L. Lin Wood, known for his far-right QAnon beliefs and "firing squad" remarks, has seen his stock fall precipitously in MAGAworld of late, culminating in losing his race to become the next chairman of the South Carolina Republican Party.

Adding insult to injury, throughout the South Carolina contest Wood got the cold shoulder from the leader on whose behalf he spread outrageous fictions. Trump endorsed McKissick in a statement on March 30, writing, "Drew fought all the way to the Supreme Court to defend our voting laws — and WON. He will continue to grow the party and help Conservatives get elected in the Great State of South Carolina."

Following the loss, Wood took to Telegram on Sunday and prostrated himself further, seeking to explain the ex-president's decision to spurn him as an instance of Trump playing high-level chess. "President Trump is a genius," Wood wrote. "He plays chess at a level we will never fully understand. I was honored by his description of me as a 'strong and talented' opponent. Upon further reflection, I understand his endorsement of my opponent, Drew McKissick." 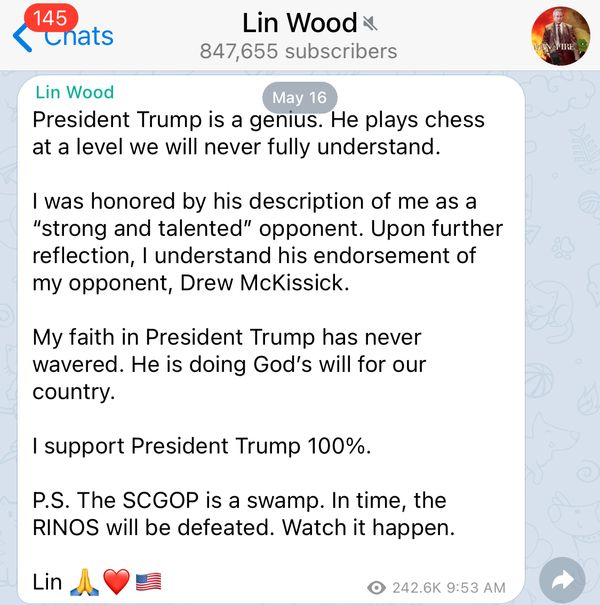 On the other hand, before the votes were cast, Wood frequently attacked McKissick over not taking questions and complained about what he perceived as an uneven playing field favoring the "incumbent RINO establishment." What questions he wanted McKissick to answer was unclear. 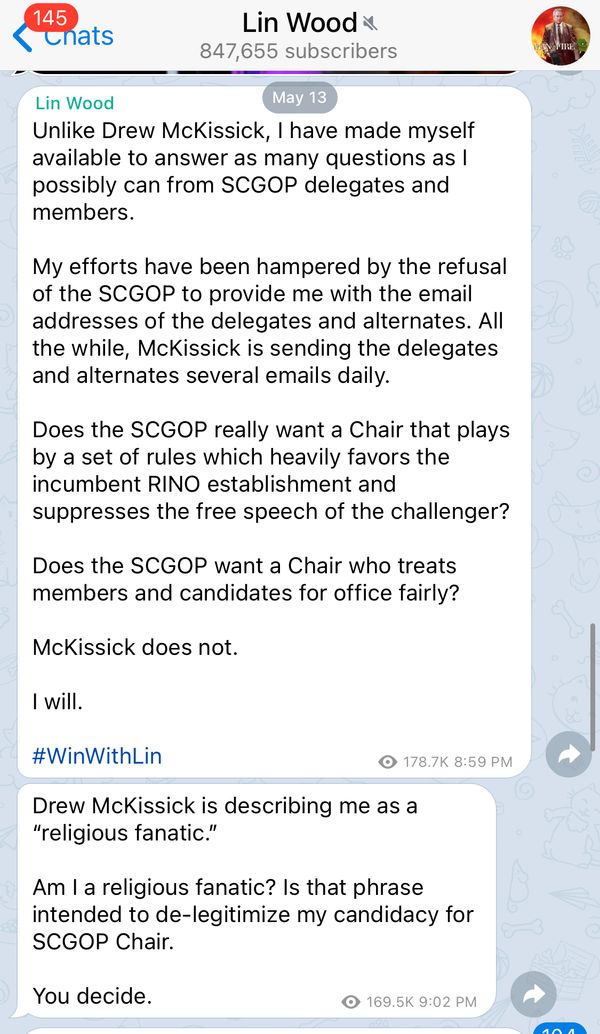 Speaking with Salon on Monday afternoon about his defeat, Wood claimed that all was well and no feelings were hurt. "I had a great time running for chair of the SCGOP, making new friends and building support from We The People. It was a win for me from my perspective," Wood told Salon. "I definitely do NOT feel betrayed at all by President Trump," he added.

Ahead of the Saturday vote, Wood received one notable endorsement, from fellow 2020 voter-fraud conspiracy theorist and MyPillow CEO Mike Lindell. "A great event in South Carolina! I endorse Lin Wood for the GOP Chairman of South Carolina!" Lindell wrote on the right-wing social media platform, Gab — since his own supposed social media site, Frank, remains inoperable.

Lindell did not return Salon's Monday request for comment. On Sunday afternoon, Lindell told Salon he would no longer speak to the publication, claiming that this reporter is "compromised" and "evil." "I will not be wasting my time with you ever again," he added.

In mid-April, Wood went on a high-octane tirade even by his standards, praising the QAnon conspiracy theory to a delighted audience at the "Health and Freedom Conference" in Oklahoma, an event dominated by the right-wing fringe.