The delights of "Ram" are back on a limited-edition, half-speed mastered pressing for its 50th anniversary 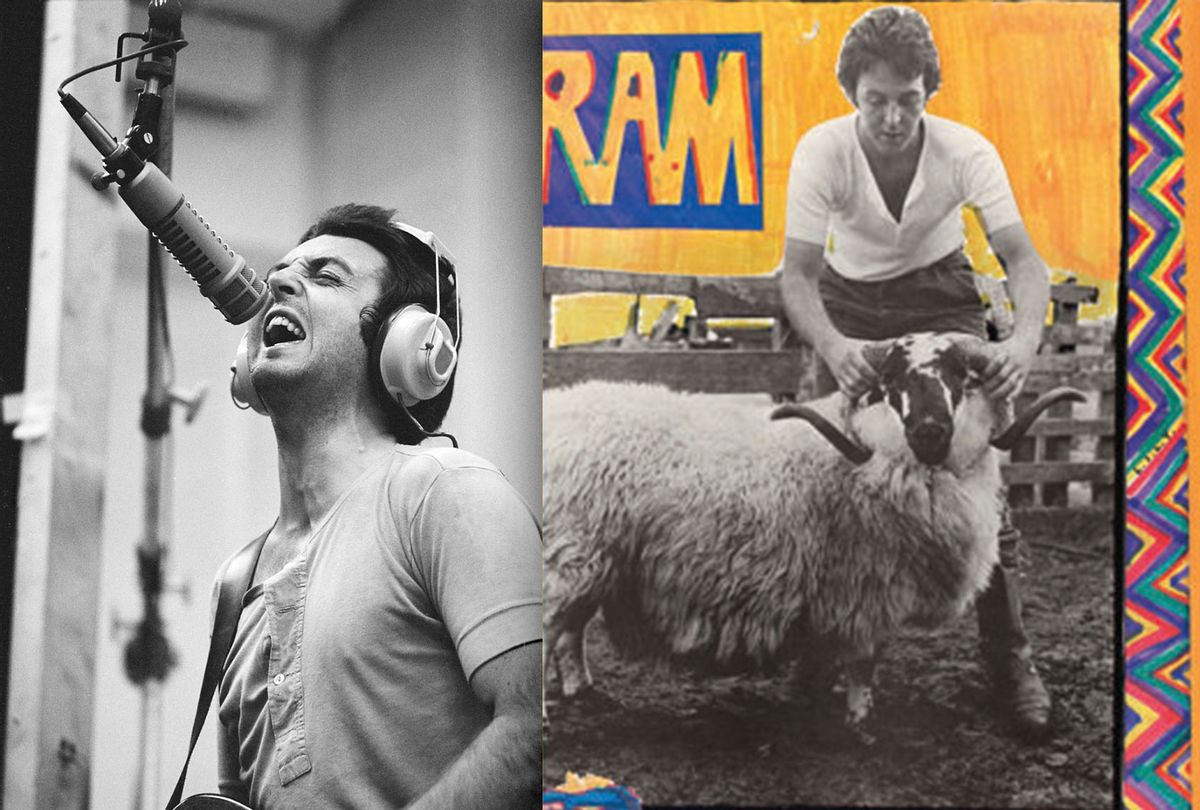 It may be an overly lofty thing to say, but Paul McCartney was born to compose popular music. There is no better living document to his gift for concocting pop confections than "Ram," his 1971 album with wife Linda. Coming on the heels of his eponymous debut LP with the classic "Maybe I'm Amazed" as its centerpiece, "Ram" provided a vivid showcase for the former Beatle's wide-ranging, seemingly effortless talents.

For the second time in a decade, McCartney has dusted off "Ram" for reconsideration. The 2012 deluxe remastered edition was a triumph, reminding us why "Ram" has come to enjoy a much-deserved place among the entirety of the solo Beatles' wares as an indie masterpiece. Indeed, the record stands out from all of the band members' post-disbandment LPs because there's simply nothing else like it.

In its latest incarnation, "Ram" has been issued in a limited-edition, half-speed mastered pressing for its 50th anniversary. And vinyl aficionados won't be disappointed. The LP is a wonder to behold and worthy of all the extra attention that it has received of late. The album's sonic palette is so rich and varied, so utterly filled with whimsy, that each new cut sizzles with virtuosity and drama.

That's right — drama. Take the opening track, "Too Many People," which showcases McCartney's unparalleled pop organicism. "Ram" absolutely drips with melodic experimentation, with Paul and Linda leading their band through one adventurous song after another. With "Too Many People," McCartney herds his musicians through a slow burn that culminates in a dramatic, power-pop explosion.

Listen to "Too Many People":

And it doesn't end there. Songs like "Uncle Albert/Admiral Halsey" brim with the creative caprice inherent in McCartney's pop-music storytelling, merging standard rock combo structures with orchestration and a panoply of vocal and studio-inflected nuances.

There may be no better example of McCartney's pop-music mastery on "Ram" than "Monkberry Moon Delight." As a much younger person, I remember being put-off — even slightly frightened — by the song's utter strangeness, especially McCartney's daunting lead vocal. In its vinyl incarnation, the remastered track brings these elements to the fore, heightening the drama, and sacrificing none of the darkness that left me cowering beneath the bedclothes.

If the album has a masterpiece, it's "The Back Seat of My Car." Following the closing strains of "Ram On," which weaves in and out of the LP like a mantra, "The Back Seat of My Car" finds McCartney trying on yet another vocal texture. Indeed, in his vast catalogue — including both his Beatles and solo work — there may be no better platform for gleaning his breathtaking vocal range and knack for improvisation than Ram.

As with "Too Many People," "The Back Seat of My Car" has everything and the kitchen sink, climaxing in a cacophony of musical drama, competing tonalities and melodies, and, in the best sense of the word, noise. As compositions go, the song is just as exquisite and inventive today as it was back in May 1971. And with the vinyl remaster bringing "Ram" into full bloom, McCartney's pop virtuosity has never shone brighter.

Listen to "The Back Seat of My Car":