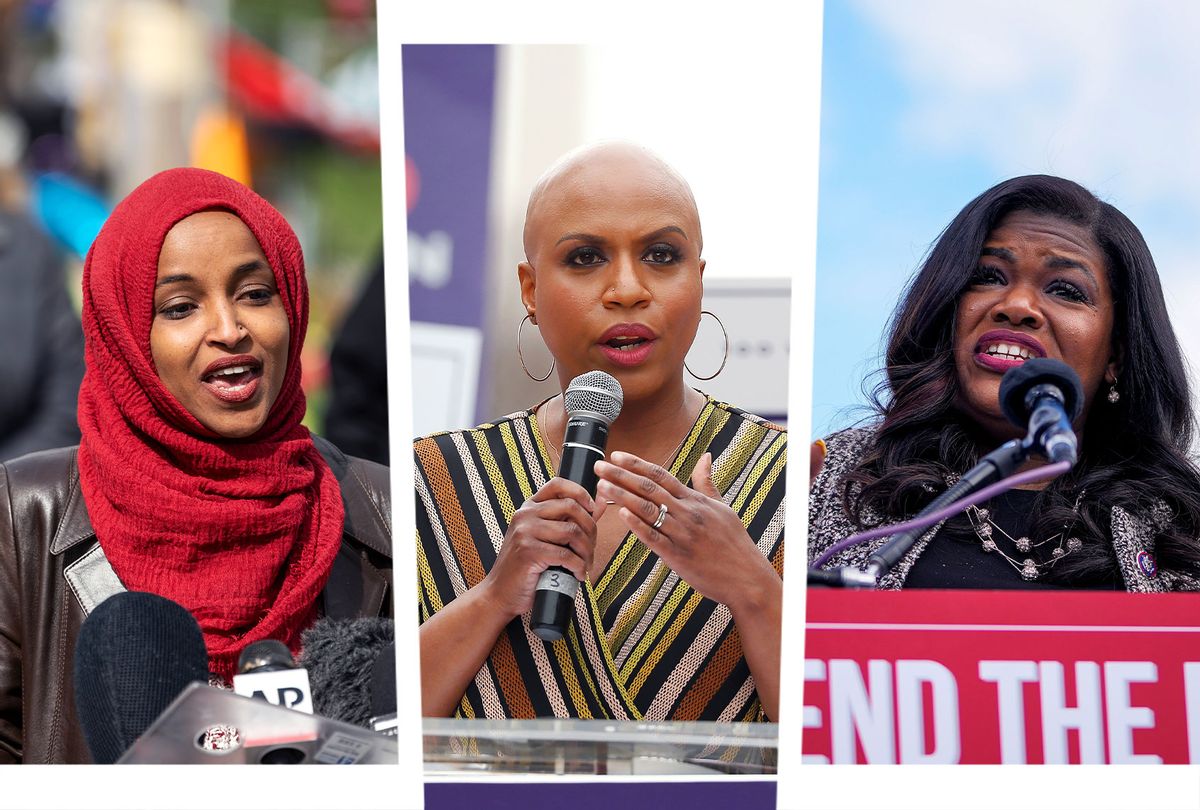 On Thursday, the House approved a $1.9 billion emergency spending package designed to fortify Capitol security in the wake of the Capitol riot – but not without significant resistance from the Squad.

The coterie of progressives took particular issue with one provision in the bill that would allot more money to the Capitol Police. The bill, which eked out a 213-212 vote, was in fact met with vocal pushback from Reps. Cori Bush, D-Mo., Ilhan Omar, D-Minn., and Ayanna Pressley, D-Mass. – all of whom voted "no" – as well as Reps. Alexandria Ocasio-Cortez, D-N.Y., Rashida Tlaib, D-Mich., and Jamaal Bowman, D-N.Y. – who voted "present." All present Republicans voted against the measure.

"There are some things about the bill that I support, like making sure our custodial staff and our cleaners have the resources they need to respond and deal with this trauma," Bowman explained. "But there are other parts of it that I don't support, like adding more funding to police budgets. So that's why I decided to vote present."

Bush, Omar and Pressley echoed Bowman in a joint statement: "We cannot support this increased funding while many of our communities continue to face police brutality while marching in the streets, and while questions about the disparate response between insurrectionists and those protesting in defense of Black lives go unanswered."

Their resistance sparked annoyance from many Democrats who threw their support behind the bill, thinking it would be overwhelmingly backed by their caucus. "That kind of gotcha thing does not help," one Democrat said, suggesting that the Squad members did not forewarn their colleagues prior to the floor vote.

House Appropriations Committee Chairwoman Rosa DeLauro, D-Conn., stood her ground against the Squad, arguing that "the funding is not optional."

"This vote is not a show vote," DeLauro said. "It's about protecting the seat of our democracy and the men and the women and the young people who work here and serve it."

Other provisions under the bill would compensate the National Guard and Washington, D.C. for the damages they incurred as a result of the insurrection on Jan 6. It would also assemble an emergency response team dedicated to fortifying the Capitol building in cases like the riot, where members of Congress are in physical danger.

Rep. Kay Granger, R-Tex., a ranking member of the House Appropriations Committee, expressed frustration over the bill's suddenness, saying that it amounted to a "one-sided solution."

"The bill we are considering today implements permanent recommendations before ongoing security assessments are complete," she said, adding that it raises "serious concerns about the role of our military on American soil."

The bill is expected to see significant pushback in the Senate, many of whose Republican members have actively sought to downplay the significance of the insurrection. Senate Minority Leader Mitch McConnell, R-Ky., on Thursday expressed reservations. "We're not sure what to spend the money on yet," he said. "So I think we are pushing the pause button here."

The bill comes just after the House on Wednesday passed a bill to assemble a bipartisan commission to investigate the details behind the Capitol riot. Senate Republicans have expressed vehement opposition to the commission, making the bill unlikely to reach the president's desk.