"Do you think they realize how much MOAR powerful Trump will be after being falsely arrested?" 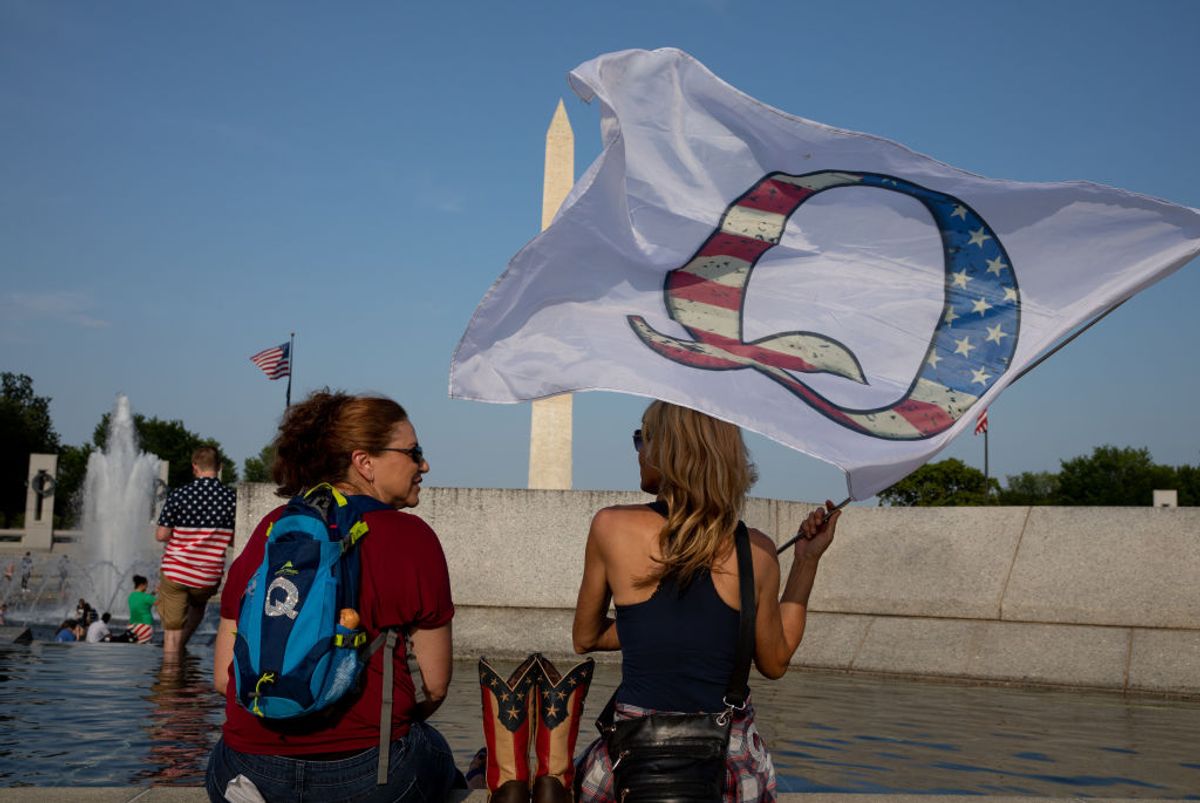 As Donald Trump's legal problems continue to mount, some would think that his dire straits would be a refutation to the predictions and conspiracy theories disseminated by the QAnon movement, but true to QAnon form, adherents to the movement are saying it's all part of "the plan."

As VICE News points out, this claim is popping up on pro-Trump message boards where QAnon adherents are claiming the news is meant to distract from Arizona's audit of votes from the 2020 election and derail Trump's chances at winning in 2024.

"Do you think they realize how much MOAR powerful Trump will be after being falsely arrested?" a Telegram user called TruthHammer wrote.

"You don't think Trump left office without enough classified dirt on every one of his enemies, do you?" a Patriots.win user called queenicarius wrote.

According to VICE, the perceived continuous persecution of Trump is causing some within the QAnon movement to increasingly call for violence.

"Honestly if [New York Attorney General Letitia James] ever even seriously tried to put Trump in prison on any bullsh*t I am pretty sure there would be at least a million Patriots marching on that prison and tearing it apart," wrote Patriots.win user EvilGuy.

Read the full report over at VICE News.