How to use sourdough discard in any recipe

Don’t throw it out! Surplus starter is an ingredient in its own right 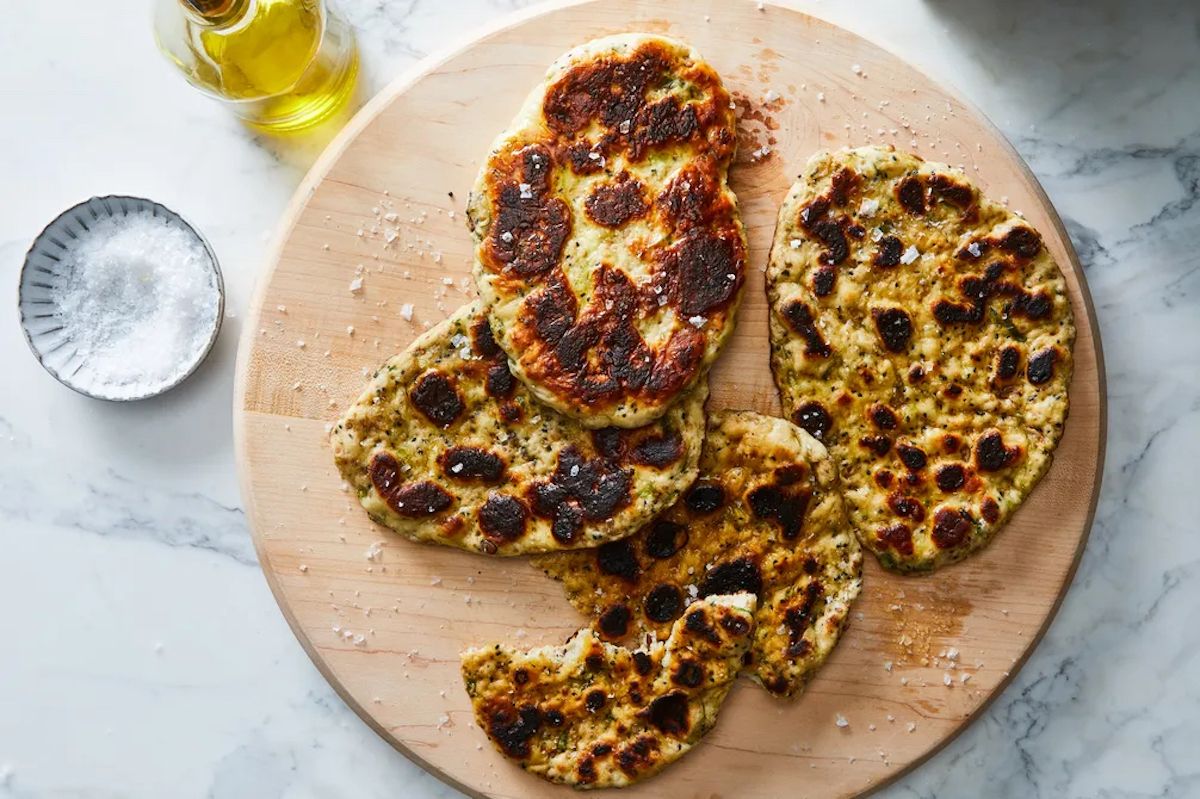 Sourdough starter needs to be fed constantly to keep the cultures active. But if you add more flour and water today, then more flour and water tomorrow — and on and on — you'll end up with a starter big enough to occupy your kitchen. That's where discard comes in: the portion of starter you, well, discard before feeding.

But don't interpret discard as throwaway. For starters (pun intended), it's a matter of food waste. Small amounts of discard swiftly add up in the trash, compost bin, or drain, especially if you feed your starter daily. Why toss something that you can put to good use?

Think of sourdough discard as another ingredient in your baking arsenal. While discard isn't strong enough to serve as replacement for commercial leavening agents, it's very much alive, with two superpowers: tang and tenderization.

The tart flavor profile rounds out sweetness in pastries and enhances savoriness in breads. And the discard's acidity helps baked goods stay tender and moist by preventing tough strands of gluten from forming.

So how do I add sourdough discard into a recipe?

Depends on how much discard you have on hand. If all you have to give is a couple spoonfuls of discard, go for it; it just won't make a huge impact. If you've got a huge jar of scraps saved from recent feeds (I commend you!), resist the urge to add all of that into one recipe, as the tanginess may be overpowering. For best results, add anywhere between 113 and 227 grams of discard to a single recipe, like a batch of cookies or loaf of bread.

To determine your amount, you'll need a digital scale. It's key to break down the ingredients by grams or ounces, because hydration levels are based on weight. Because your starter is made with equal parts of flour and liquid, any discard will replace that amount of flour and liquid in your recipe.

Here are the basic steps to hack any recipe:

Phew, That's A Lot Of Math! Shall We Walk Through A Recipe Together?

Which gives us our updated recipe, easy peasy: Reduce flour to 399 grams. Reduce water to 341 grams. Add 227 grams of sourdough discard with the water in step one.

Wow! Does this mean I can swap sourdough discard into any baking recipe?

Pretty much. To use up sourdough discard, you just need a recipe with substantial amounts of flour and watery liquid (such as water or any milk, from whole milk to buttermilk to oat milk).

Avoid substituting sourdough starter for liquid fat (like melted butter or olive oil) or liquid sweetener (like maple syrup or honey), as that can change the texture of your baked goods drastically. And, perhaps it goes without saying, but flourless treats won't work here.

Want to get started? (Again, pun intended.) We've rounded up some sweet and savory bakes that could use a sour attitude.

A crusty loaf of sourdough bread is excellent, but comes together in forever and a day. If you don't have that time or patience, this Easy Seeded Flatbread stays true to its name — even with the discard.

If you have about an hour to spare, then you can make these crispy-crunchy Sourdough Discard Crackers. "These crackers are not only an ingenious use for sourdough discard, but they're also incredibly delicious, especially paired with cheese," writes Irene Yoo.

Follow the recipe as written: It uses 113 grams of sourdough starter discard.

There's nothing like the combo of sourdough and chocolate. Nigella Lawson's Dense Chocolate Loaf Cake has an intense squidginess that isn't compromised but, rather, enhanced by discard for a subtle savory edge.

How to become a discard goddess: Reduce the flour to 47 grams. Reduce the water to 142 grams. Add 227 grams of sourdough discard with the eggs and vanilla in step 1.

Follow the recipe as written: It uses 100 grams of sourdough discard.

These Everything Bagel Spice Scones from Posie Brien are like the best bagel you can imagine, just in scone form. Whereas baking powder and cold butter contribute to flaky layers, discard delivers a fluffy and tender crumb.

To sour up your scones: Reduce the flour to 393 grams. Reduce the milk or heavy cream to 56 grams. Add 113 grams of discard with eggs and milk or cream in step 6.

Fresh meets funky when you fry up Khachapuri, a popular Georgian street snack. A dough enriched with olive oil (and discard!) gets stuffed with savory cheeses and bright spring herbs.

Updated mise-en-place: Reduce the flour to 303 grams. Reduce the hot water to 170 grams. Add 113 grams of sourdough discard with the water in step 1.

Buttermilk and discard join forces to create a rich, soft cake base in this Fruity Buckle, studded with fresh berries and nutty streusel.

Cookies can be tough to adjust with the discard equation, as they usually contain little to no water. The exception: these ones from Ovenly Bakery. They're chewy, soft-bellied, and salty-sweet — not to mention, vegan.

Your new favorite cookie: Reduce the flour to 193 grams. Don't add any water. Instead, add 113 grams of sourdough discard with the oil in step 2.