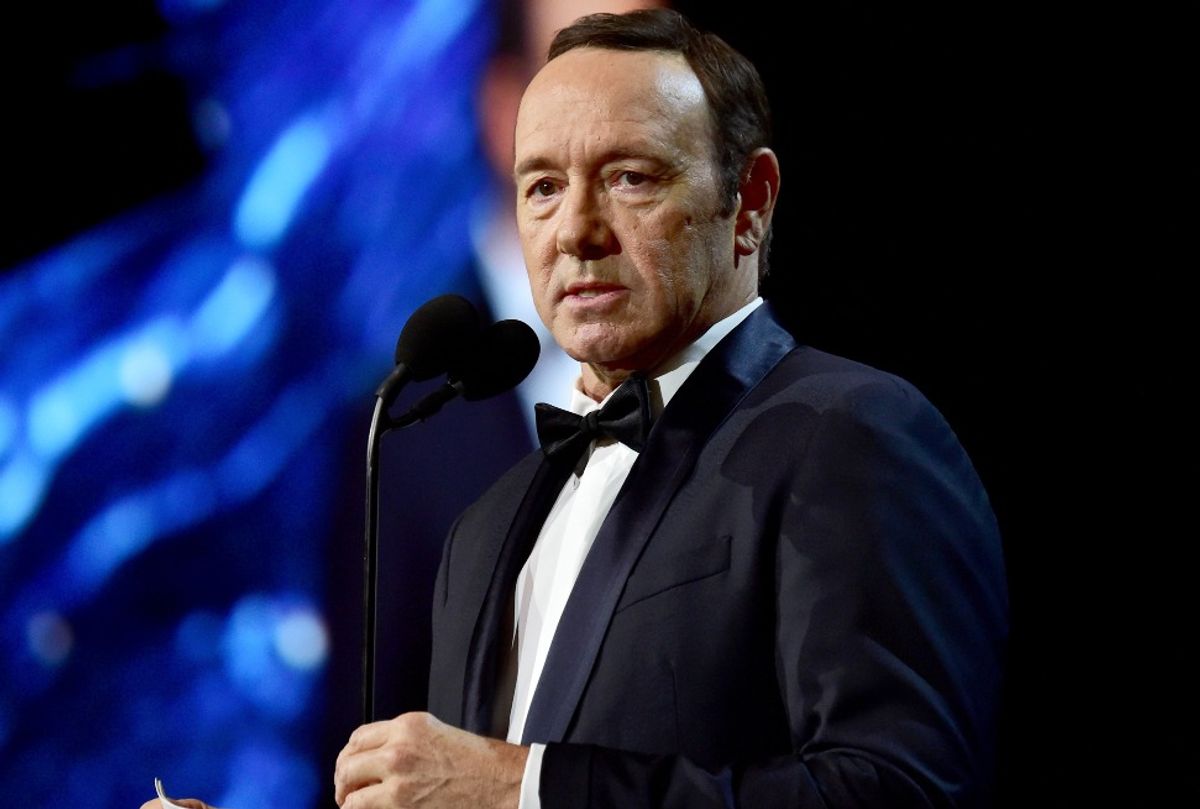 Kevin Spacey has been cast in a new role for the first time since sexual assault allegations emerged against the "House of Cards" actor in 2017, according to ABC News. The role is reportedly in the upcoming Italian film, "L'uomo Che Disegno Dio" (or "The Man Who Drew God"), directed by Franco Nero. In the movie, Spacey will play a detective investigating a "false claim of pedophilia" — an ironic twist in context with allegations of his predatory behavior toward boys and young men. Nero stars as the blind artist in the film who is falsely accused of sexual abuse.

Shortly after allegations were first made against Spacey, the actor was dropped from Netflix's "House of Cards," as well as other projects he had been cast in, including the Sony film "All the Money in the World."

In 2017, actor Anthony Rapp accused Spacey of making unwanted sexual advances toward him when Rapp was 14. Shortly after Rapp's accusation, Spacey was charged with sexually assaulting an 18-year-old man, who went on to refuse to testify against Spacey, leading prosecutors to drop the case. Later, a massage therapist accused Spacey of groping and making unwanted sexual advances toward him in 2019.

The first allegations against Spacey came amid an avalanche of sexual misconduct allegations against prominent actors and figures in the entertainment industry, and all industries, as survivors united in solidarity under the banner of #MeToo. But since #MeToo first gained traction and led to the immediate ousting of many male abusers in the fall of 2017, some of these men have slowly returned to their respective industries, while others, including former president Trump, have still yet to face accountability at all.

As the New York Times has noted, it's not uncommon for actors, filmmakers and creators who are blacklisted for sexual misconduct in the entertainment industry in the U.S. to move on to work in Europe. Like Spacey, director Roman Polanski, accused of sexual misconduct with a minor, and Woody Allen, accused of sexual assault by his daughter, have continued their work in Europe.

In the #MeToo era, Spacey isn't the first alleged abuser to make a comeback, despite claims of #MeToo's opponents that the movement has irreparably ruined men's lives by denying them power and opportunities. Comedian Louis C.K. is one of the most vocal and visible men in the entertainment industry who was able to resume his work, and has since used his platform to lambast "PC culture."

Filming for "L'uomo Che Disegno Dio" is set to begin later this year.