In a baffling move, this film wasn't shelved when its star became box office poison after #MeToo allegations 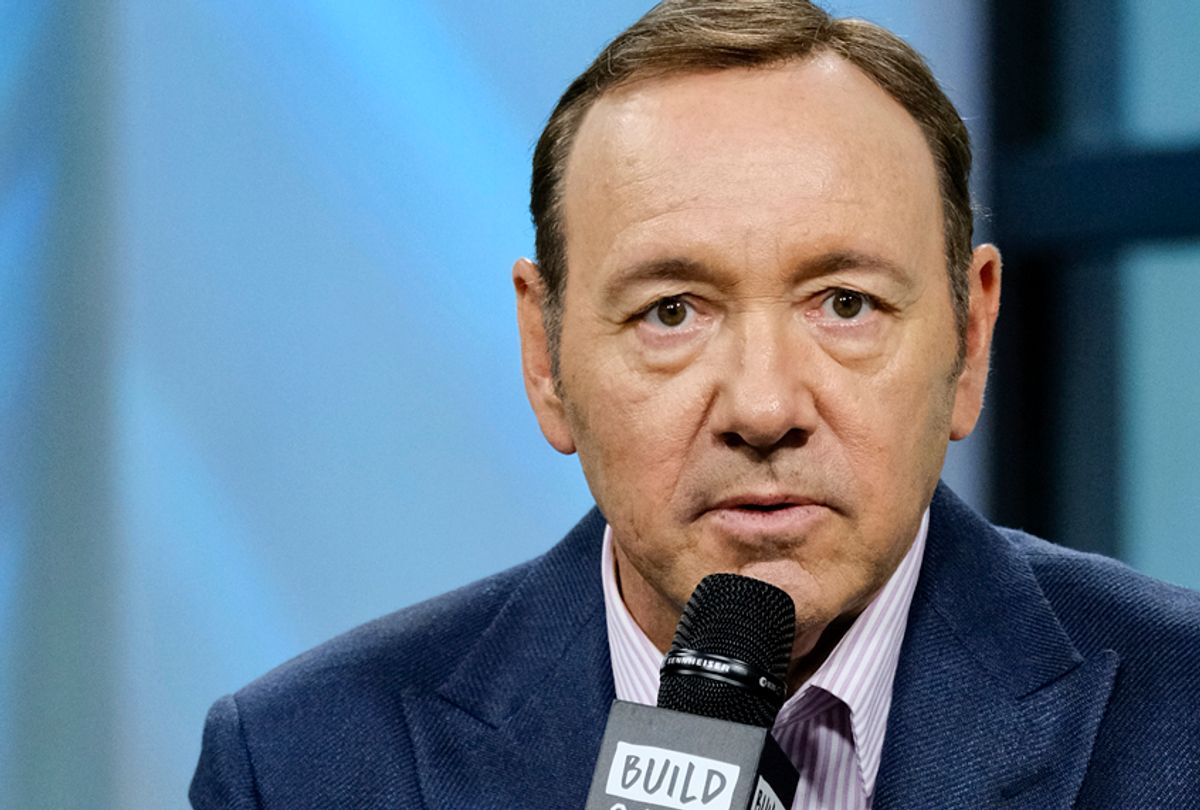 Kevin Spacey's latest film, the crime drama "Billionaire Boys Club" quietly opened this weekend and made just $287 in its first two days. The film's dismal box office numbers mark the lowest box office opening of the year, according to the Wrap, and a career-low for Spacey, who was accused of sexual assault by multiple men last year.

Friday, the film opened in eight theaters in various states in the U.S. and earned $126. The next day, "Billionaire Boys Club" grossed $162, which means around 30 people bought tickets to see the film. According to the Hollywood Reporter, the film is projected to earn $618 from its entire opening weekend from 11 theaters, averaging $56 per location.

"Billionaire Boys Club" was filmed in 2015, prior to the sexual misconduct allegations against Spacey. Actor Anthony Rapp was the first person to come forward, accusing Spacey of sexual assault when he was just 14 years old. Since then, Spacey has been involved in more than a dozen sexual harassment and sexual assault allegations.

Like most of the projects Spacey was involved in, when his accusers began coming forward, the fate of "Billionaire Boys Club" fell into limbo. Spacey was fired from his starring role in the acclaimed Netflix series "House of Cards" and replaced by Christopher Plummer in the film "All the Money in the World."

But Vertical Entertainment, distributer for "Billionaire Boys Club," announced earlier this summer that they were moving forward, with the film's premiere on VOD with Spacey and with a release in cinemas one month later.

"We don’t condone sexual harassment on any level and we fully support victims of it," Vertical said in a statement at the time. "At the same time, this is neither an easy nor insensitive decision to release this film in theatres, but we believe in giving the cast, as well as hundreds of crew members who worked hard on the film, the chance to see their final product reach audiences."

"We hope these distressing allegations pertaining to one person’s behavior — that were not publicly known when the film was made almost two-and-a-half years ago and from someone who has a small, supporting role in 'Billionaire Boys Club' — does not tarnish the release of the film," the statement continued. "In the end, we hope audiences make up their own minds as to the reprehensible allegations of one person’s past, but not at the expense of the entire cast and crew present on this film."

The film is based on an infamous club in Southern California of the same name from the 1980s. And aside from Spacey, who plays Beverly Hills con artist Ron Levin, Ansel Elgort, Taron Egerton, Emma Roberts, Jeremy Irvine, Cary Elwes, Judd Nelson and Billie Lourd also star in the film.

"Billionaire Boys Club" opened in the Bay Area, Phoenix, Detroit, Minneapolis/St. Paul, New Orleans, the Hartford/New Haven area, Miami, Los Angeles, Chicago, Cleveland and Sarasota, Florida, according to the Hollywood Reporter. "The movie's top gross on Friday — $45 — was earned at the Metro Movies 12 in Middletown, Connecticut, followed by the AMC Sundial in Sarasota with $19. Only $9 was generated at the AMC Deer Valley 16 in Antioch, California," THR said. "That could mean only one person showed up at the Deer Valley cinema; ditto for the Lakeville 21 in the Minneapolis/St. Paul area, where the film earned $10 on Friday."

There was little sympathy on social media for the film's abysmal numbers on opening day: