The slow, punishing arc of “The Handmaid’s Tale” mirrors our struggle for reproductive rights 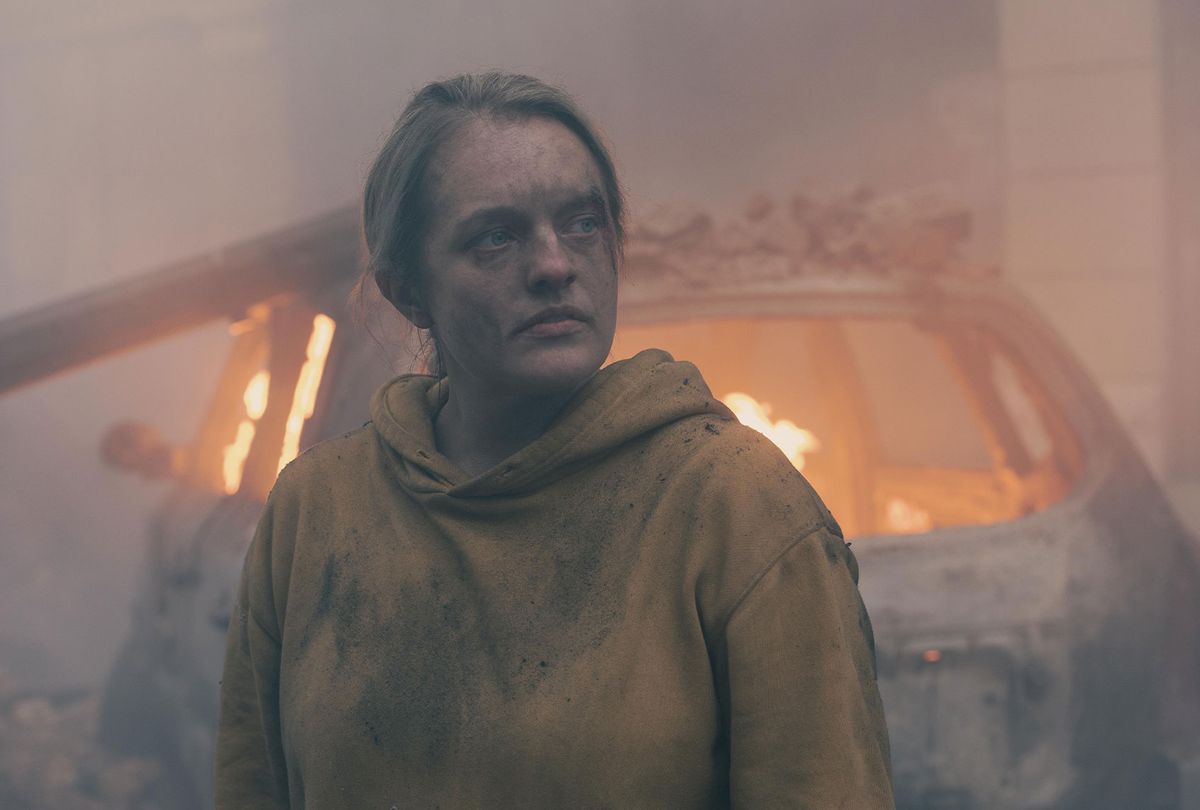 After almost two years, Hulu's "Handmaid's Tale" returned for its fourth season in April, picking up right where it left off throughout its last three seasons of gratuitous violence with minimal plot payoff. Wednesday's episode follows June's escape from Gilead into refuge in Canada, as she will reunite with loved ones and figures from her past after years of separation and recycled plotlines.

Set in the fictional dystopia of Gilead, "The Handmaid's Tale" depicts America's future after a civil war and takeover by religious political extremists who relegate all women to "handmaids," or baby incubators for powerful men and their wives. Handmaids are denied access to education, or really any basic human rights or bodily autonomy, which has consistently helped the Hulu drama strike a chord amid ongoing, escalating attacks on reproductive rights in the U.S. In light of the current political climate around abortion, the series' fourth season, in which protagonist June (Elisabeth Moss) has continued her seemingly endless quest to take down Gilead, couldn't have come at a more relevant time.

As the latest season continues to unfold, the arc of "The Handmaid's Tale" itself has been one that's achingly familiar to reproductive rights advocates — slow, repetitive, and with little progress through the years, much like the ongoing struggle for abortion access and autonomy for pregnant people. In the decades since Roe v. Wade was decided in 1973, abortion access has declined, with 90% of counties lacking an abortion provider today, and maternal mortality rates increasing over the years in states with more restrictions on reproductive rights, especially for people of color. Over and over, just as we watch the same triggering violence against women occur on "The Handmaid's Tale," we watch as anti-abortion politicians and activists employ the same tactics to block or stigmatize abortion care — tactics that range from burdensome to violent.

Just ahead of Wednesday's episode, Texas signed into law one of the most uniquely extreme abortion bans in the nation, which would ban abortion care before many people know they're pregnant, and give any U.S. citizen authority to sue someone who's had an abortion, provided one, or helped someone get one. The Supreme Court, which holds a 6-3 anti-abortion majority, announced it would hear a case on a 15-week abortion ban, which threatens to overturn fundamental protections created by Roe v. Wade. And in just one week of last month, states passed a record-breaking 28 restrictions on abortion, setting 2021 up to be one of the most dangerous years for reproductive rights in recent history.

In other words, the dystopian politics of Gilead aren't as far off as some may believe — not when state-directed reproductive coercion and policing of pregnancies are already a reality, especially for communities of color and the poor. One of the most recurring criticisms of the show, made by women of color, is the white feminism inherent to its premise that pregnancy coercion, dehumanization, and systemic denial of autonomy are elements of a far-off dystopia, rather than reality for many women and pregnant people of color. After all, just last summer, it was reported that a doctor working with ICE had been subjecting detained migrant women to forced sterilizations. Before that, a jail in Tennessee came under fire for pressuring incarcerated women, who are disproportionately Black and brown, to undergo sterilizations.

In the context of pregnancy and reproductive rights, the terrifying surveillance state apparatuses of Gilead also already exist for pregnant people in the U.S. Forty-six states currently require some form of reporting of abortion care to the state government — at the end of last year, Ohio became one of these states by signing a law that would require people who have abortions to obtain a death certificate for their aborted fetus, therefore entering their abortion into public record. And as more and more people use medication abortion, in the form of abortion pills that can safely be taken from home, anti-abortion legislation has become especially risky for people who experience miscarriage, stillbirth or other pregnancy complications. Medication abortions happen through inducing a miscarriage, meaning even natural loss of pregnancy could draw government investigation and criminalization if Roe were reversed.

The targeted criminalization of disproportionately women of color for pregnancy loss, or self-induced abortions with medication, is already happening. In recent years, there have been several high-profile cases in which women have been jailed or criminally charged for pregnancy loss, from Marshae Jones, a Black woman who was jailed for losing her pregnancy after being shot in the stomach in 2019, to Amber Abreu, a Latina teenager who faced felony charges for "procuring a miscarriage" for using abortion pills in 2007. In 2015, Purvi Patel, an Indian-American woman, became the first person to be sent to prison for inducing an abortion in the post-Roe era, contradictorily charged with feticide and child abuse for using medication abortion in 2013.

Just as "The Handmaid's Tale" has spent years bombarding audiences with gratuitous torture scenes and the same cycle of June and her supporters plotting in vain to be free, it feels as if each state legislative session, we cycle through the same abortion bans, the same state-directed anti-abortion counseling laws, mandatory waiting period laws, clinic shutdown laws, and more. And while it's important to recognize any law that would force someone to be pregnant for one minute longer than they want to be is dehumanizing – even by the standards of Gilead – some of today's abortion bills are particularly extreme.

In recent years, Oklahoma, Georgia, Texas, Alabama, and other states have tried to pass bills to make abortion punishable by the death penalty. Texas' latest abortion ban would essentially have civilians take on the role of Gilead's secret police, or the "Eyes of God," by policing and suing those who have abortions. Several abortion providers have been assassinated as recently as 2009, while abortion clinics are routinely vandalized, and staff and patients routinely doxed and threatened.

For years, reproductive rights advocates, who are disproportionately women and pregnant-capable people, have been dismissed as hysterical for sounding the alarm on the political war on our bodies, even with Roe technically still in place. As recently as 2018, ahead of Brett Kavanaugh's confirmation to the Supreme Court, a survey found 62% of voters believed it wasn't likely Roe v. Wade would be dismantled.

The premise of "The Handmaid's Tale," itself, portraying a surveillance state that eliminates reproductive rights as a dystopian fictional world rather than a modern reality, may inadvertently reinforce this gaslighting. (To its credit, a flashback to present-day, pre-Gilead America in the Season 4 episode "Milk" depicts the deceptive tactics of anti-abortion fake clinics.)

As this "Handmaid's Tale" season winds down, and finally delivers some highly anticipated resolutions and storyline progress, we can only hope we'll someday witness progress for our reproductive rights, in the real world. However unpleasant and tiresome the Hulu drama can be, the grit and ceaseless resistance of its handmaids remains inspiring, and certainly reminds us of the leaders and activists for reproductive rights and justice today.