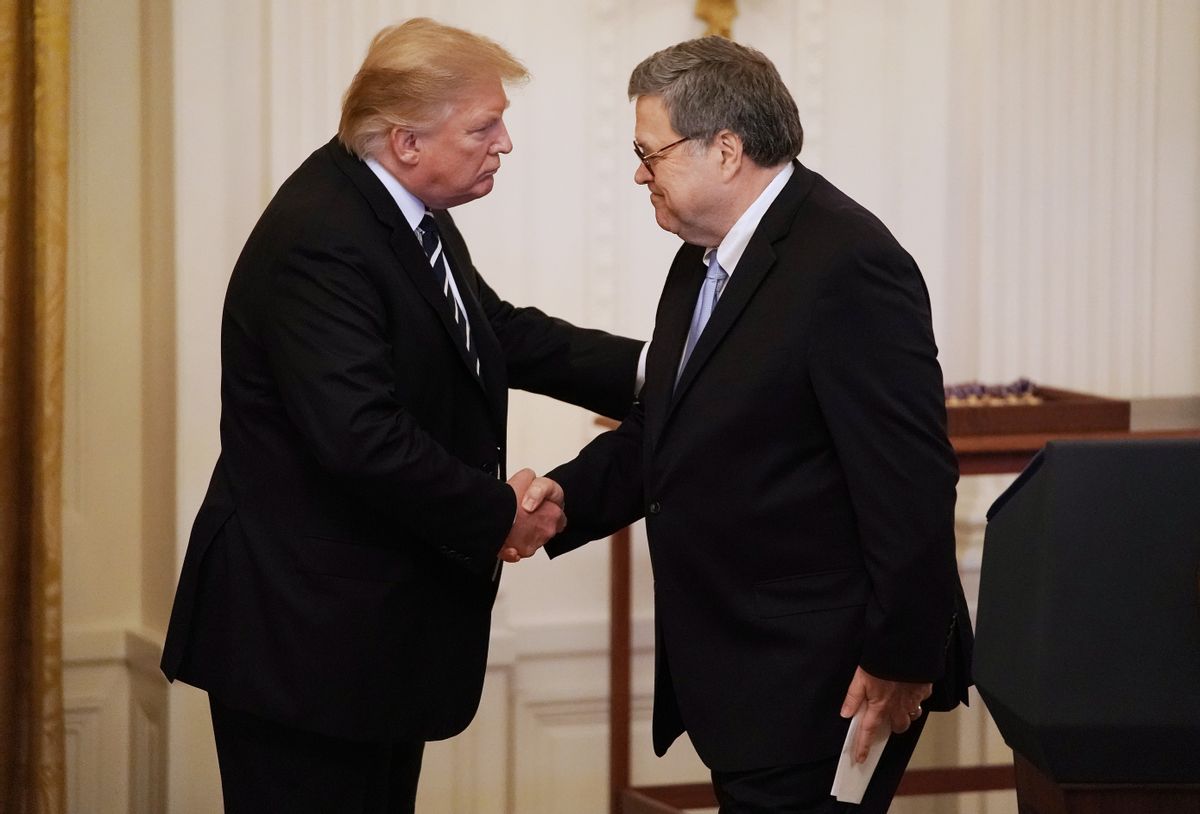 At the start of the segment, she explained that Biden and Attorney General Merrick Garland can only deny Trump's crimes for "so long."

"Two things to know about the Justice Department under Merrick Garland making the decision to appeal this judge's ruling, to try to continue to keep secret the document that Trump's Justice Department prepared about whether or not to charge him with criminal obstruction of justice," Maddow explained. "The first thing to know about the Justice Department now appealing this ruling and fighting to keep this document secret, the first thing to know about it is that the brief filed here, the reasoning explained by Merrick Garland's Justice Department is humiliating. It's abject and humiliating. Throughout the brief filed with the court late last night, the Justice Department, the current Justice Department is just crawling and scraping about how they didn't mean what they said and how sorry they are, that it looked the way that the judge thought it looked but they didn't mean it to look that way, and now in retrospect, they can see how misleading their previous statement seemed to the court when Bill Barr was attorney general but please, couldn't they be forgiven for that? I know you think I'm being hyperbolic, but this is the actual language filed with the court."

She went on to read the examples of the filings that she called it downright "gross."

"The other thing to know about it, the other thing to at least ask about all of this is, however, this resolves with the Justice Department and what gets released to the public and what doesn't, and this question of why the new attorney general is trying to paper over what Barr did to protect Trump and to try to exclude even from the courts the question of Trump's potential liability."