A state report this week found just 27 potential cases of voter fraud — out of 3.3 million votes cast in Wisconsin 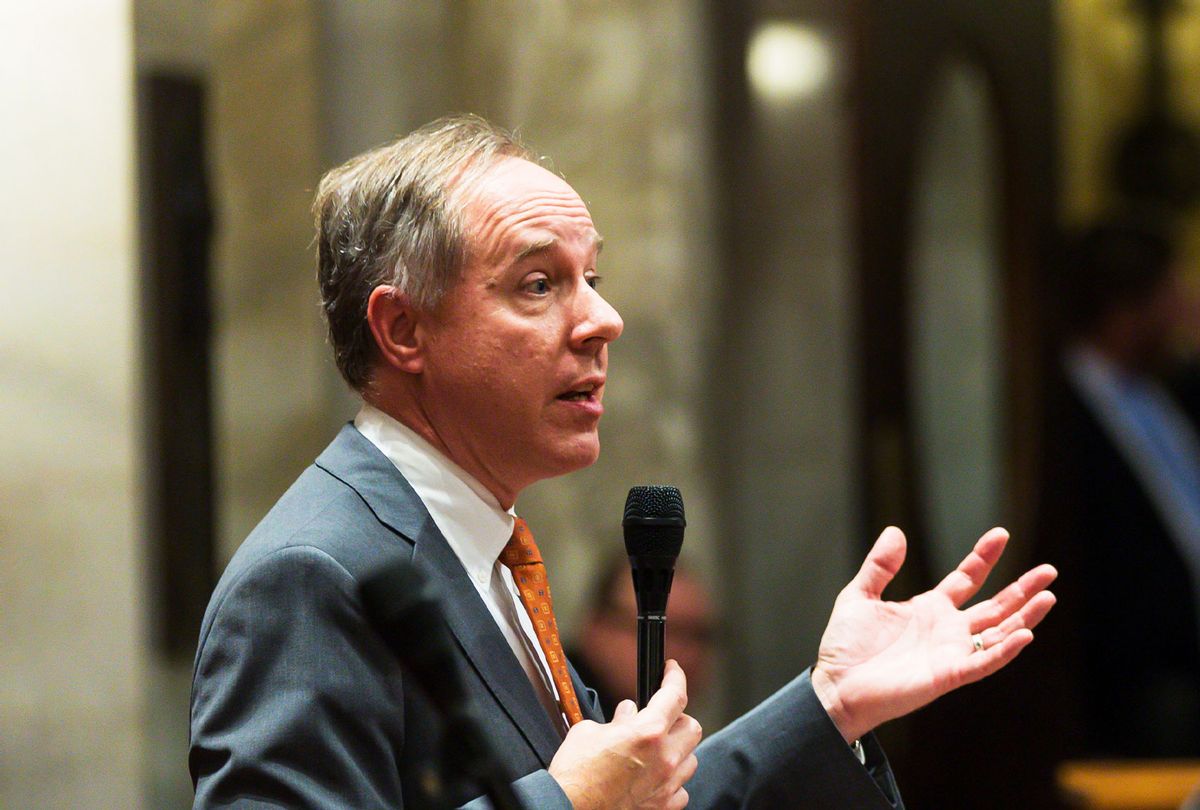 Vos told the Milwaukee Journal-Sentinel that he has hired three retired cops and an attorney to oversee the group, which will have a "broad mandate" to investigate all tips related to grants that helped cities fund their elections, claims of double voting and how clerks fixed absentee ballot credentials. The team will have subpoena power.

Vos told the outlet that he recognizes President Joe Biden won the state and is not looking to reverse the results with the taxpayer-funded probe.

"Is there a whole lot of smoke or is there actual fire?" Vos asked. "We just don't know yet."

His comments come just days after the state's Elections Commission released a report which found only 27 potential cases of voter fraud out of 3.3 million votes cast in Wisconsin. Recounts and audits in other contested states won by Biden, like Georgia, have also found no evidence of any widespread fraud or irregularities — but that has not stopped Republican lawmakers of pushing additional partisan "audits" in search of any evidence that could alter the results or even back up Trump's fictitious claims.

As The Washington Post's Dave Weigel pointed out on Twitter, Vos has suggested he will tap former Milwaukee Officer Mike Sandvick to head the investigation. Sandvick previously led a 2008 investigation into the state's 2004 election results that he claimed found an "illegal organized attempt to influence the outcome of an election in the state of Wisconsin."

Milwaukee Mayor Tom Barrett's office quickly questioned the accuracy of the findings at the time and the Brennan Center for Justice at NYU Law School later released a report showing that the investigation found mostly clerical errors and "only one potential vote that might have involved in-person impersonation fraud, with no documentation verifying that the vote in question was actually cast."

"The Milwaukee Police Department released a report on that election, with what appears to be a painstaking investigation of the facts, and policy recommendations offered with less care and disavowed by the Milwaukee Police Chief," said the Brennan Center's Justin Levitt. "The department's careful factual investigation primarily revealed administrative mistakes and, occasionally, negligence. It showed that much of what had originally been identified as potential fraud was in fact due to clerical error."

Sandvick cited his dubious findings to push lawmakers to implement new laws tackling voter fraud despite failing to prove a single instance. He ultimately resigned after his unit was barred from polling places and his police recommendations were rejected.

Vos told the Journal-Sentinel that his goal with the new investigation is to identify laws that should be changed in response to voters who he said "believe the election was illegitimate."

Wisconsin Republicans have already voted to approve multiple bills to make it harder to vote, though they face likely vetoes from Democratic Gov. Tony Evers.

Vos' probe comes even though Republicans already ordered the state's nonpartisan Legislative Audit Bureau to conduct a months-long audit of the election in February in response to Trump's failed lawsuits in the state. Vos said his investigation will run separately from the existing audit.

"I think it's unfortunate that the Legislature is using its resources to investigate what has already been thoroughly investigated and it is my hope that instead they could work toward expanding opportunities and ease of voting for Wisconsin voters," Ann Jacobs, a Democrat who heads the Wisconsin Elections Commission, told the Journal-Sentinel.

Jeffrey Mandell, a voting rights attorney who represented Evers and Democrats in court, noted that fewer than 30 instances of possible fraud have been identified in the nearly seven months since the election.

"Separate and apart from the fact that this is a fishing expedition in a dry lake, to look for fraud in 2020, I also just think that trying to perpetuate the big lie and continuing to give oxygen to this is just bad for democracy," he told the outlet.

"Wisconsin Republicans won't fund healthcare, schools, or infrastructure … but they will authorize unlimited funds to desperately prove conspiracy theories about the 2020 election," a spokesperson for the party said on Twitter.

Taxpayers are on the hook in other states where Republicans have refused to let up their election claims despite finding no evidence of widespread fraud in more than half a year since Trump lost.

Local officials in New Hampshire and Michigan have pushed for their own audits after questioning the certified results of the election. A Georgia judge last week ordered Fulton County, one of the state's most populous and diverse areas, to allow voters to inspect all 147,000 mail-in ballots cast in last year's election. And Arizona Republicans hired the private firm Cyber Ninjas to conduct a bizarre "audit" even though the company has no experience and auditors have spent time searching for traces of bamboo over conspiracy theories that ballots were printed in "Asia."

After Arizona Secretary of State Katie Hobbs, a Democrat, called the audit a dangerous and costly "farce," the Republican-led state legislature moved to strip her of legal powers and hand them to the state's Republican attorney general.