The lost art of not having an opinion on everything

On Joe Rogan, my old friend Tim, conspiracy theories, and the tyranny of the digital platform 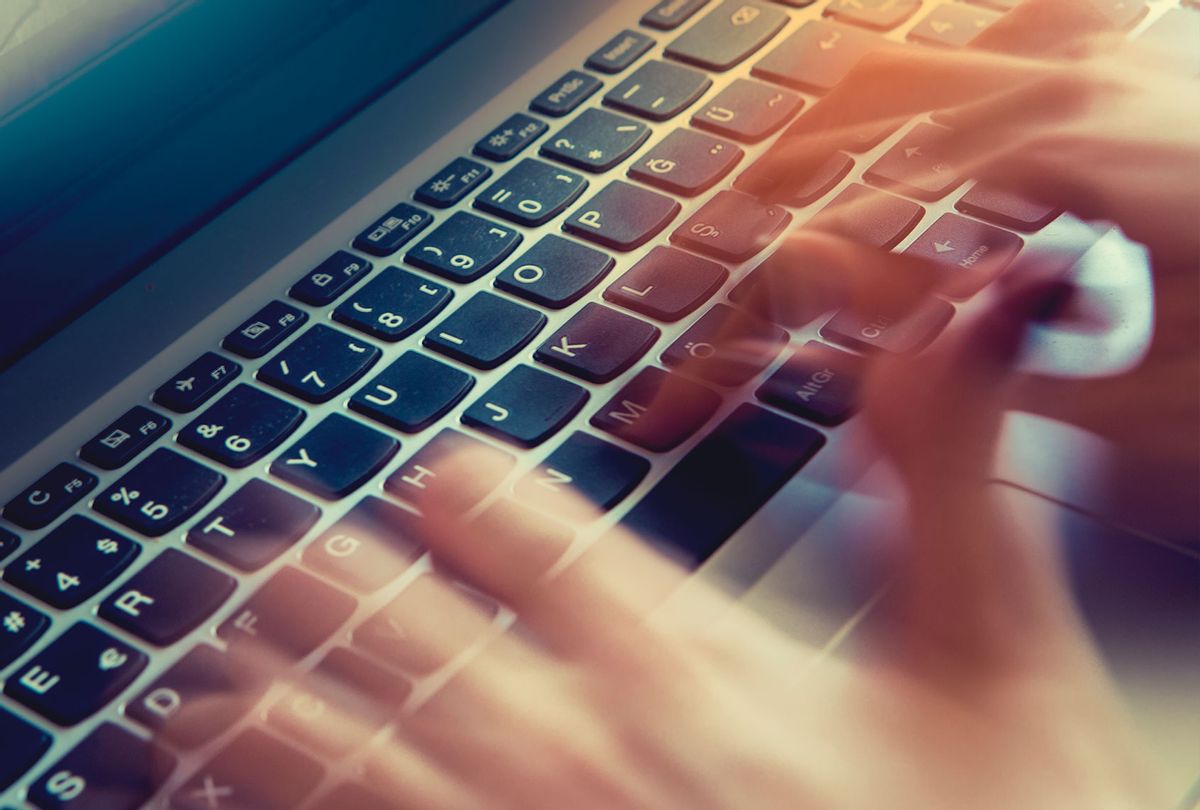 "Slavery is not real. Have you ever seen a picture of a slave with dreds? White people just tell y'all that to make y'all's dumb asses serve them and be inferior. And y'all just listen like sheep."

This is a paraphrased example of a social media post by an old high school friend of mine I'll call Tim. Ignoring the hundreds of years of research and brilliant scholarship on the topic — not to mention the 13th and 14th amendments, the millions of pages written, photos from the pre-Photoshop era, personal testimonies from actual people who were once enslaved like Fredrick Douglass, Olaudah Equiano and Harriet Jacobs, and the whole Federal Writers Project in general — to offer a hot take on a topic nobody asked him to weigh in on.

I usually don't reply to posts like this. But his words irked me in a way I shouldn't have let myself be irked. Against my better judgment, I replied.

"Believe it or not, your opinion on this topic is really not necessary," I commented.

"Don't tell me that brainwashed you too, Watkins. SMH," he spat back. "Please don't tell me you bought into the whole slavery myth. That is the oldest white man trick in the book!"

"What did you study, Tim? What have you unearthed in a world where many Black people can trace their American roots back to the plantations where their families were held hostage?" I responded. "What qualifies you to make these claims?"

"Hold tight," Tim wrote. "I'll send over some links. And Watkins, be careful with this information I'm about to give you, this ain't for the weak-hearted."

I know this is a wild and crazy idea — and I realize I already violated it by telling Tim what I thought about his absurd theory — but I truly believe everyone should consider trying this very simple practice: You don't have to give your opinion online. We could all try shutting up more often and keeping our two cents to ourselves.

Social media, mobile phones, algorithms that elevate debunked garbage theories, the 24-hour news cycle, 80 billion podcasts and countless think pieces written by people who don't think, this digital ecosystem encourages too many self-proclaimed geniuses and meme-educated amateurs who think Googling is research to give into a burning urge to share their opinions on any and every topic, regardless of whether they are qualified to do so.

A clear example of the need to stay in one's own lane came a few weeks ago from comedian and podcast host Joe Rogan, when he downplayed the need for the COVID-19 vaccine, claiming, "If you're a healthy person, and you're exercising all the time, and you're young, and you're eating well ... like, I don't think you need to worry about this." Of course nothing in Rogan's bio indicates anything about him studying immunology, virology, or any kind of medicine. After the backlash, Rogan backpedaled. "I'm not a doctor, I'm a f**king moron," he said later. "I'm not a respected source of information, even for me."

But I don't blame Rogan for jumping out there with his bogus vaccine statement in the first place. He's a comedian and that's what comedians do. They get paid to make jokes and shouldn't be taken seriously, even when they're on their own podcast trying to be taken seriously.

Rogan has a substantial platform –– millions of people follow his podcast and his social media accounts where they are exposed to his commentary. And in today's world, the products of digital celebrity — follower counts and engagement levels — equal currency. An abundance of currency. Everyday people with platforms who never had any interest in medicine or science until we found ourselves in a pandemic suddenly found their words and opinions holding as much weight with the public as doctors who have dedicated their lives and careers to studying medicine. Pseudo-experts compete with experts now — not because of earned authority, but based solely on their ability to attract likes to their posts, even if their accounts are largely focused on unrelated matters like cats, fashion, fitness or half-naked photos of themselves or others. Because it doesn't matter where or how you built your platform; your followers just have to be real people, and you need a lot of them. Build that army of followers out to 100,000 or more and you too can identify as an expert on whatever you like. You can be more relevant than Dr. Fauci.

I want to be clear: I do believe in the First Amendment. People should be legally allowed to speak their minds and state their feelings. However, like owning a firearm, raising a child, operating heavy machinery, or driving a car, we should understand that the privilege of doing so comes with great responsibility. Words can and do hurt others. Fake news and fake history is divisive and harmful.

I also know I'm writing commentary right now. I offer my opinion for a living, which sounds pretentious, but I take it seriously, bringing my life experience — all of my trials and errors — and my research into my work. And as a rule, I don't speak on what I don't know. For example: the other day I got a message from a former student telling me that he had been discriminated against in a hospital because of his skin color. I did not give him spiritual advice. I did not tell him to organize a BLM protest. And I didn't tell him that he had a $1 million lawsuit on his hands. I simply told him, "I know this is rare and strange, but I do not understand your situation, and I do not have the skill set to instruct you. Please contact a lawyer or a person who specializes in discrimination. I wish you the best." It is very simple to walk away from things we do not understand. It is easy to avoid being reckless in our reactions. I think and interview and study before I put words to page or open a social media app.

Back to my old friend Tim. After sending me his dangerous links that are not for the weak-hearted, I saw yet another outrageous social media post of his. This time he wrote about the pandemic.

"COVID is not real! And you people wearing those dumb ass masks and taking that poisonous vaccine are lost sheep!" Tim posted, ignoring the record number of hospitalizations and the more than half a million Americans who have lost their lives.

I thought back to the Tim I knew in tenth grade — a chubby, lovable, shy kid who sat at the end of my lunch table eating school-issued mashed potatoes, who never really said anything unless he was complimenting me or one of the other kids on our Air Jordans. I remember him getting punched in the mouth and not fighting back. I remember him dating a girl whose face he had airbrushed onto a t-shirt he wore religiously. I remember him always laughing, but never really contributing to our jokes. Was he shy, or was he dreaming up conspiracy theories even back then? Was he in history class with us thinking Frederick Douglass was some made-up folk hero played by Morgan Freeman, or that Harriet Jacobs was just a novel character dreamed up for our delight? I never heard him debate anything in class, on the basketball court, or even when our classes had our best arguments on days when teachers were absent, leaving a substitute to fill in. I never really knew what he thought about anything until I joined Facebook. I friended him and was greeted by a long rant he penned claiming Beethoven, Thomas Jefferson, Abraham Lincoln, Bruce Lee, every Native American, and a few people I can't remember, were all unarguably, 100 percent Black.

The explosion of Facebook must have birthed the monster in Tim. His false history lessons began getting more shares and likes over the years, to the point where he built up a small platform of over 1,000 followers. He started dressing differently, wearing headwraps, multi-colored dashikis and long wooden necklaces with heavy ankhs dangling from the end. Along with this new platform and image came a confidence he never really showed when we were young, and now like a Joe Rogan in miniature he has an incentive to issue hot takes on everything from Obama being a clone with a fake birth certificate to the microchips Bill Gates is planting in all of us by way of the coronavirus vaccine.

Right now, a platform is a currency more valuable than Bitcoin, and the stage has been set for anyone to cash in on bad opinions, dreamed-up medical advice, and fabricated history. I'm not picking on Tim or even taking shots at Joe Rogan. But 2016 should have been the breaking point for all of us, and yet this behavior persists. A 2018 Ohio State University study showed that fake news spread on Facebook helped elect Donald Trump — a racist, sexist, classist windbag who downplayed COVID-19 for political capital, causing hundreds of thousands of deaths in the process.

Here are the false stories, along with the percentages of Obama supporters who believed they were at least "probably" true (in parenthesis):

Trump — another self-proclaimed expert, gassed by his own opinions and made-up theories — actually raised the money to further back up his BS and rode a wave of privilege and lies all the way to the White House. The time this guy got on TV and speculated about whether you could kill the coronavirus by injecting yourself with bleach wasn't even the wildest claim he made in his presidency. Trump lowered the bar so much that I'm afraid now that any BS artist with a sizable platform can become the leader of the alleged free world. Is Joe Rogan next? Tim? A person like Tim is not harmless just because his platform is smaller than Rogan's or Trump's (before he was banned from mainstream social platforms). Small pockets of people are listening to him. They're liking his comments, reposting his memes, and helping his platform grow. They understand that platform is currency and will try to do the same for themselves so they can cash in, too.

We need a better educated and more media-literate public to balance the effects of the unchecked platform. In the meantime, what I can do is check myself and make sure I'm not giving commentary on every topic imaginable, especially on public forums. It is tempting. I have a platform, too. Sometimes I'm guilty of the same things I'm criticizing Tim and Rogan for. Opinions are fine on occasion or when requested. But like everything else they should be doled out in moderation. At the end of the day, minding your business is really not that hard.

I sent Tim a message telling him that I had checked out those YouTube links he sent me. Like an idiot, I clicked the first one, which sent me down a rabbit hole of conspiracy videos packaged so well I began to understand why so many people believe that crap. But I couldn't resist poking holes in his theories.

"I still got respect for you brother," he responded. "But you are brainwashed." Then he unfollowed me.