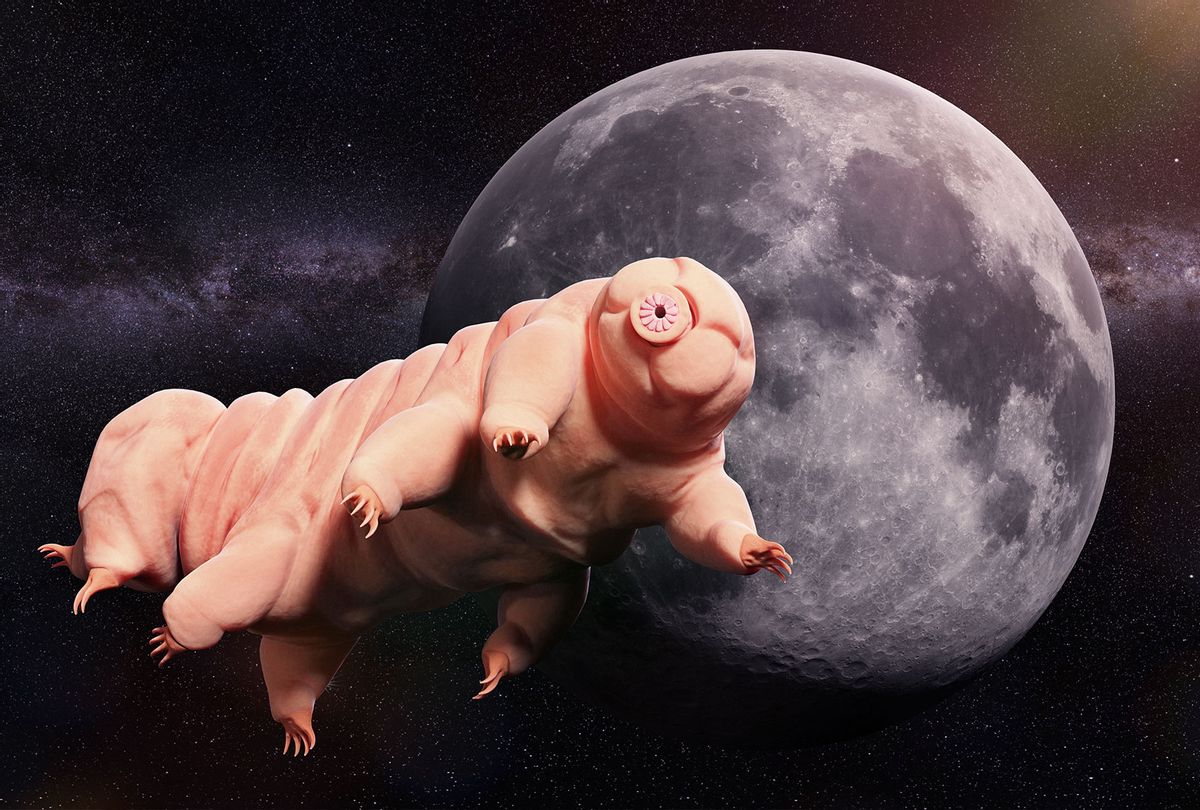 Imagine a fleshy microscopic caterpillar that lumbers around on its eight legs like a bear and seems to have a primitive camera lens jammed in the middle of its face. In a saner world, this would be a half-hearted Halloween costume depicting a child's poorly executed idea of an insect blob monster. Alas, we inhabit a reality where such a creature actually exists: It's known as a tardigrade (nickname: water bear) and is one of nature's most notoriously hardy animals (read: hard to kill). In fact, it can survive being shot out of a high-speed gun. Figuring that out wasn't just a mad scientist's lark, but had a real (and fascinating) scientific purpose.

As reported in Live Science, a group of researchers at the British college the University of Kent fired some water bears out of a "two-stage light gas gun," which shoots out the objects faster than a normal gun. The scientists first froze the creatures so that their metabolism would fall to only a fraction of its normal state; then they fired them from the gun at different speeds, so they could analyze how that variation might effect them. They found that the tardigrades could survive speeds of 3,000 feet per second and a pressure upon impact of roughly 1.14 gigapascals. Anything above those levels — which, in their own right, would kill the vast majority of life forms — and the water bears too will perish, according to the research they published in the journal Astrobiology.

This experiment, though arguably cruel, had a larger purpose — and the fact that it was published in a journal called "Astrobiology" might be your first clue as to what that purpose was. According to Science Magazine, a Ph.D. student at Queen Mary University of London named Alejandra Traspas led the study after she heard about a 2019 Israeli moon mission called Beresheet. There were tardigrades on board the lander that the public did not know about, and after it crashed on the Moon's surface, many scientists were concerned that they may have contaminated the lunar soil. Because the shock pressure generated from the lander's metal frame when it crashed would have been much higher than 1.14 gigapascals, Traspas told Science that "we can confirm they didn't survive."

While the water bears may not be living on the Moon right now, that does not diminish their reputation as one of the toughest critters known on Earth. Because they can enter a state known as cryptobiosis, one in which they expel all water from their tiny bodies and tuck in their legs (they then become known as tuns), they can protect themselves against extreme heat, extreme cold, dehydration, the crushing pressures of the deep ocean, the vacuum of space and pretty much anything else you might throw at them. Even an asteroid would have to be really, really big to wipe out every single tardigrade on the planet.

It is also worth noting that the new paper on tardigrades does poke a hole in the panspermia hypothesis, which posits that life may have developed on Earth after being brought here by an asteroid or other celestial body that slammed into our planet. While it is possible that an alien creature even tougher than tardigrades could have survived such a journey, the new research reveals that it is at least more unlikely than previously thought that this could have realistically happened.