Attorneys asked a federal judge to toss the lawsuit against Trump and Barr, claiming "presidential security" 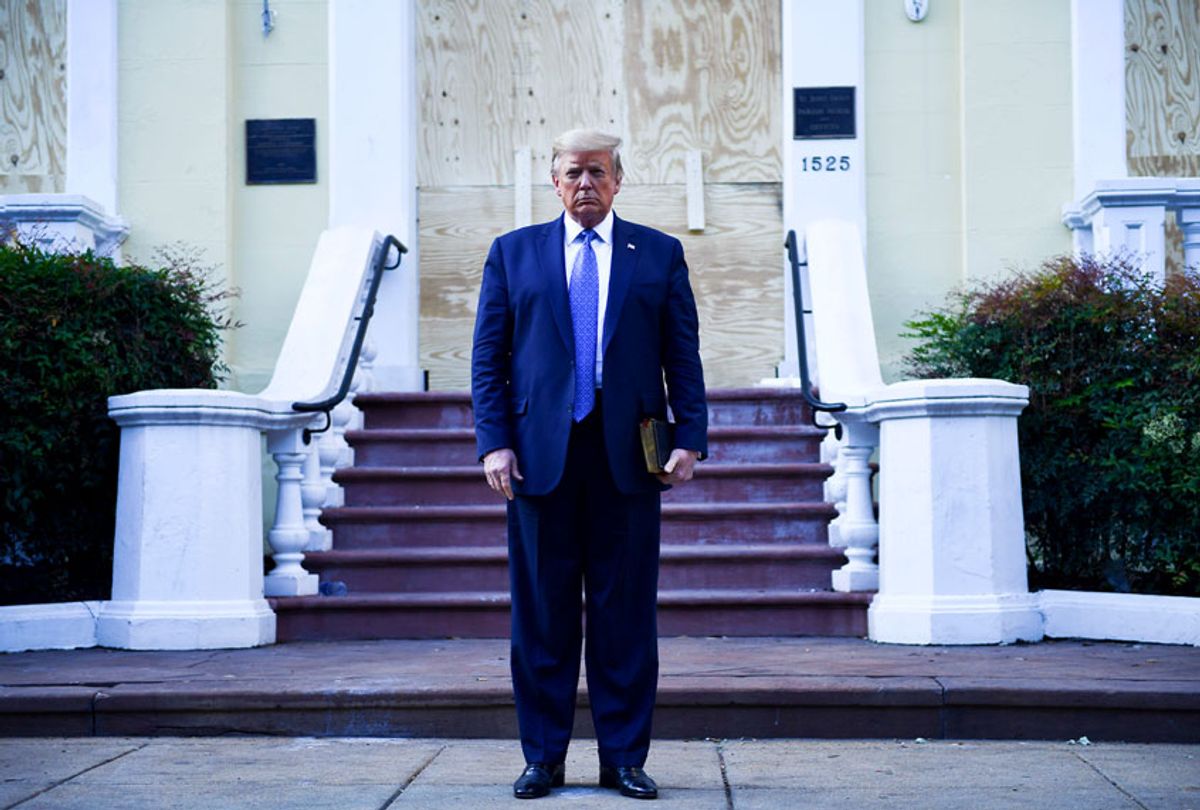 Attorneys at the Department of Justice asked a federal judge to toss out a lawsuit filed against former President Donald Trump and former Attorney General William Barr for violently clearing out a throng of Black Lives Matter protesters from Lafayette Square last June, claiming that "presidential security is paramount."

The suit, brought by The American Civil Liberties Union, Black Lives Matter, and other left-leaning civil rights organizations, was filed last June after Trump swept the area to pose for a photo op just outside of St. John's Episcopal Church, with a bible in hand.

The demonstration in Lafayette Square, organized in protest of the police killing of George Floyd and others, was largely peaceful until Barr ordered military and law enforcement officers to disperse around 1,000 protesters with smoke grenades, tear gas and pepper balls. Law enforcement also used shields and clubs to physically clear demonstrators from the premises.

The suit in question argues that Trump, Barr, and others "unlawfully conspired to violate" the rights of protesters. However, federal attorneys have rebutted that the assault was necessary to protect Trump, according to the Washington Post. Citing a 2004 case in which a judge ruled that Secret Service agents could not be held liable for damages incurred by protesters in the name of presidential safety, Justice Department trial attorney David G. Cutler argued on Friday that the plaintiffs "seek to hold the attorney general personally liable for damages for actions taken to ensure a safe perimeter for the president of the United States."

The presiding judge, U.S. District Judge Dabney L. Friedrich, appeared to be open to Cutler's reasoning, asking "How do I get over the clear national security concern over the president's safety?"

ACLU attorneys have, however, disputed the notion that Trump faced any significant danger at the time, instead claiming that the former President used the opportunity to target protesters "because of their viewpoint, their message, their speech." Dismissing the lawsuit, the lawyers concluded, would "authorize brutality with impunity."

Randy M. Mastro, co-chair of Gibson, Dunn & Crutcher, who is representing plaintiffs in the case, said that the DOJ's defense involved "shifting explanations," pointing to a spate of Trump's tweets leading up to the incident which indicated strong threats of violence.

Last summer, Trump took to Twitter to call on various state governors to "dominate your city and your state" amid the mass protests. "In Washington," he said, "we're going to do something people haven't seen before."

The former president even threatened to have protesters outside the White House be "greeted with the most vicious dogs and most ominous weapons I have ever seen."

It's in light of tweets like these that Mastro argued: "The conduct here was so flagrantly unlawful and so obviously unconstitutional that it requires a remedy, and we are here today, your honor, to see that nothing like this ever happens again in our country."

Friedrich promised there would be a ruling on the case in the "near future."