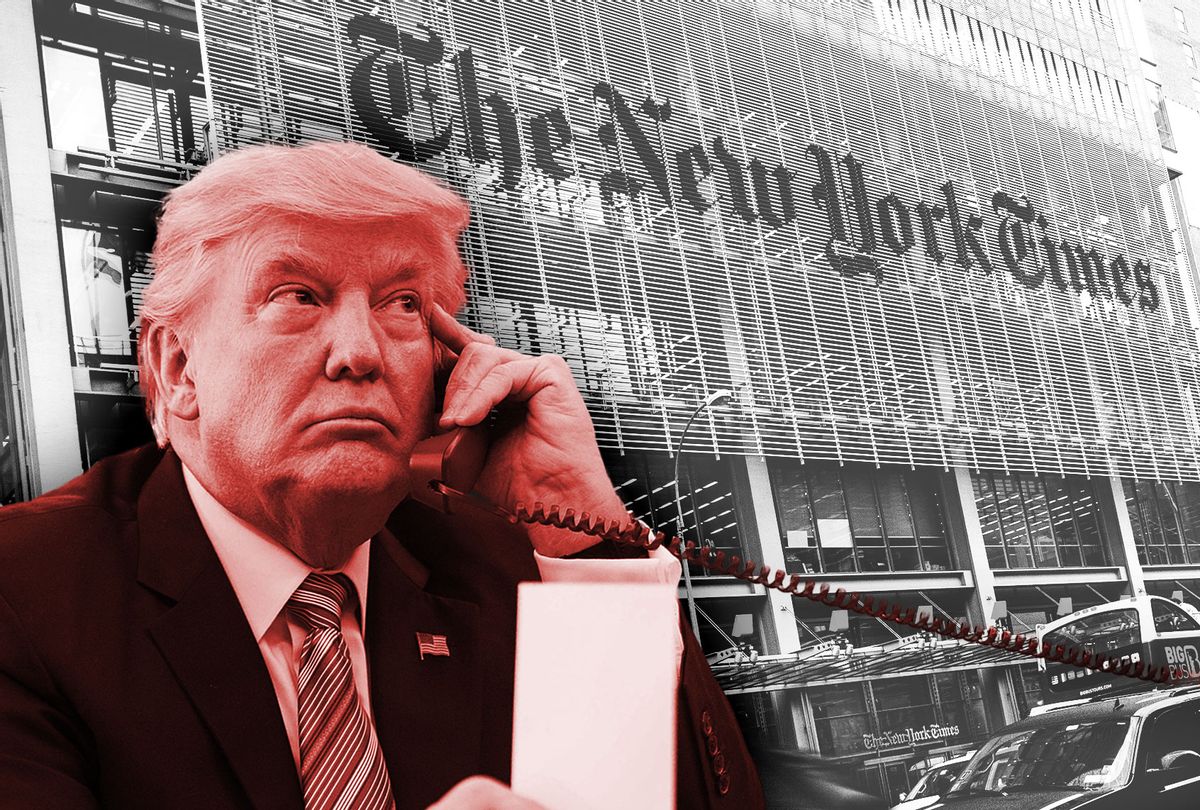 The Trump Justice Department quietly seized the phone records of four New York Times journalists in 2020 as part of a leak investigation, according to a Wednesday report from the paper.

The disclosure marks the third case made public over the last month in which Trump administration officials forcibly obtained the records of journalists covering the White House to locate their sources. A Department of Justice spokesperson told The Times that "members of the news media have now been notified in every instance" of records sought by the agency over a period spanning 2019-2020, during which time several inquiries were opened.

On May 7, The Washington Post revealed that Trump's Justice Department had seized three of its reporters' phone records in 2020. The department also attempted to obtain their email records at the same time, reportedly over several reports on Russia's influence in the 2016 election. It similarly seized CNN reporter Barbara Starr's email logs and phone records as part of an investigation into the alleged disclosure of classified information. Which story prompted the probe remains unclear.

"Seizing the phone records of journalists profoundly undermines press freedom," he said in a statement. "It threatens to silence the sources we depend on to provide the public with essential information about what the government is doing."

"President Biden has said this sort of interference with a free press will not be tolerated in his administration," Baquet added. "We expect the Department of Justice to explain why this action was taken and what steps are being taken to make certain it does not happen again in the future."

It is not clear why the Justice Department targeted the reporters. Based on the timeline of the investigation and the reporters involved, The Times speculated that the agency may be probing a specific article from April 2017 that explored former FBI Director James Comey's handling of a federal investigation into Hillary Clinton's use of a private email server during her time as secretary of state.

The Times also noted that the April 2017 report had referenced a classified document obtained by Russian hackers, wherein a Democratic operative expressed assurance that then-Attorney General Loretta Lynch would not let the investigation go too far.

In the wake of Wednesday's report in The Times, Goldman revealed that the Justice Department "has now secretly seized my phone records twice." The other instance occurred under the Obama administration, he added.

Justice Department spokesperson Anthony Coley told The Hill that the agency had forcibly obtained the records "as part of a criminal investigation into the unauthorized disclosure of classified information," pointing out the "journalists were neither subjects nor targets of the investigation."

"Forthcoming annual public reports from the department covering 2019 and 2020 will indicate that members of the news media have now been notified in every instance in this period in which their records were sought or obtained in such circumstances."

"I won't let that happen," Biden said at the time.

"This president is committed — strongly — to the rights of the freedom of press, as you have seen for decades, and to standing up for the rights of journalists," she said. "And the Justice Department conveyed yesterday that they intend to meet with reporters to hear their concerns about recent notices."

"And they, certainly, intend to use the 'Holder model' as their model — not the model of the last several years," she added, referencing Justice Department policy during the Obama administration under then-Attorney General Eric Holder.

Following Psaki's comments, many journalists pointed out that the Obama administration had routinely carried out leak investigations while Holder was attorney general. Though Holder later heightened the federal requirements to subpoena journalists, many argue that departmental overreach dealt lasting damage for government-press relations.

In 2017, former Attorney General Jeff Sessions said the number of leak investigations tripled under Trump. According to The Intercept, the Trump administration referred a record number of leaks — at least 334 — for criminal investigation.