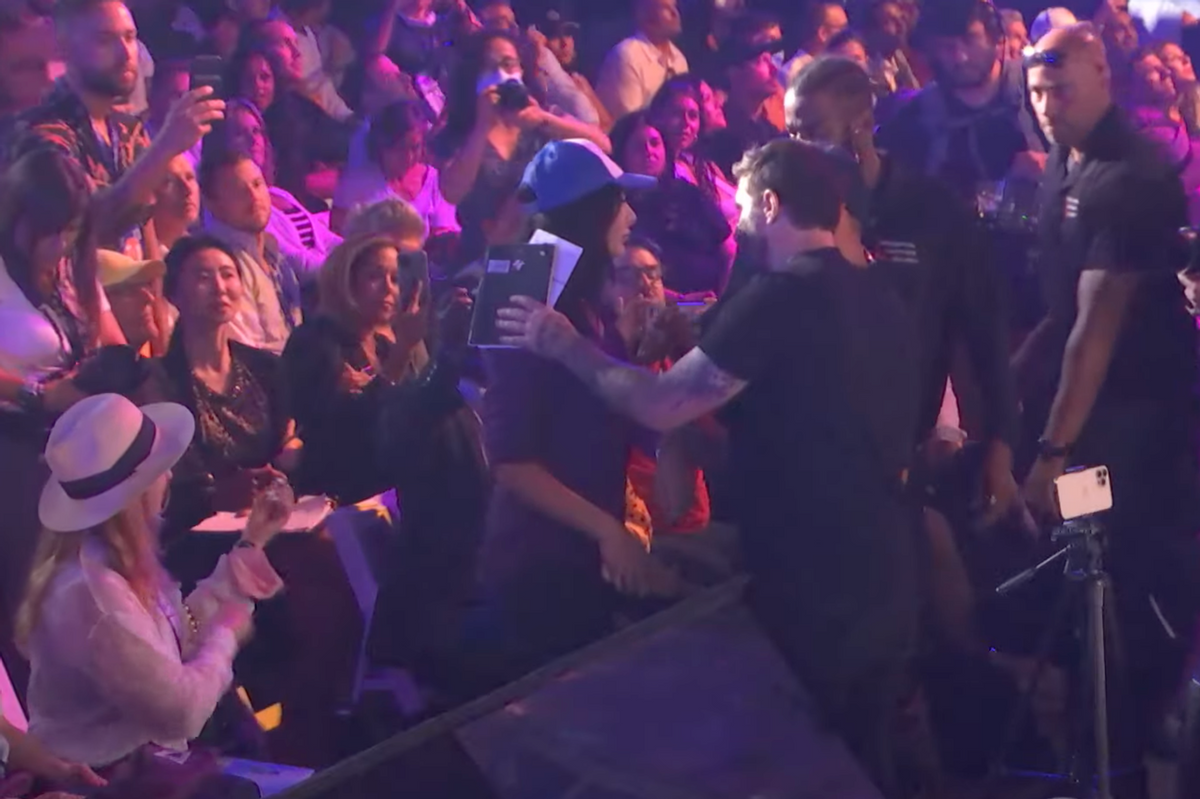 Minutes into Dorsey's speech, Loomer interjected and began screaming at the Twitter chief.

"Censorship is a human rights violation! You are censoring people, you are interfering in elections," Loomer yelled at Dorsey amid a loud and large crowd.

JUST IN - Twitter's CEO Jack Dorsey heckled over censorship during an #Bitcoin event.pic.twitter.com/DmebShinG0

Event security eventually moved in to remove Loomer from the venue.

Event security swiftly moved in to escort Loomer out... pic.twitter.com/HGAfXVNfqi

After the incident, Loomer delivered her own account of events on Telegram. "I just stormed the stage of the Bitcoin2021 conference to confront Jack Dorsey about his hypocrisy regarding censorship and decentralization," she wrote. "After I confronted him, I was removed from the conference. How can the King of Censorship and the tech tyrant himself possibly speak about decentralization and human rights? He's a hypocrite."

Loomer also said on Telegram that she had paid $900 for a conference ticket which yielded the seconds-long opportunity to heckle Dorsey. She then suggested that her followers should donate money to recoup her ticket cost.

This isn't the first time Loomer went public with her anger at Twitter and its CEO since being banned from the platform some years ago for a series of anti-Muslim tweets. In November of 2018, she handcuffed herself to the doors of Twitter's headquarters in Manhattan. "Twitter is upholding sharia when they ban me for tweeting facts about sharia law," Loomer stated at the time with an arm attached to one of the large front doors.

"After several hours of complaining about the cold, Loomer eventually requested to be removed from the door, and the handcuffs were severed with bolt cutters," The Verge noted in a report. "She was escorted from the door to a car, and was not placed under arrest."

Loomer was also recently banned from an up-and-coming app called Clubhouse for violating its "violence policy," after an extremely brief appearance on the platform. In March, the far-right activist was also revealed to have supported the idea of a "white ethnostate" during a 2017 podcast appearance.