"I am obligated to fight back against a wave of anti-democratic suppression," said Nikole Hannah-Jones 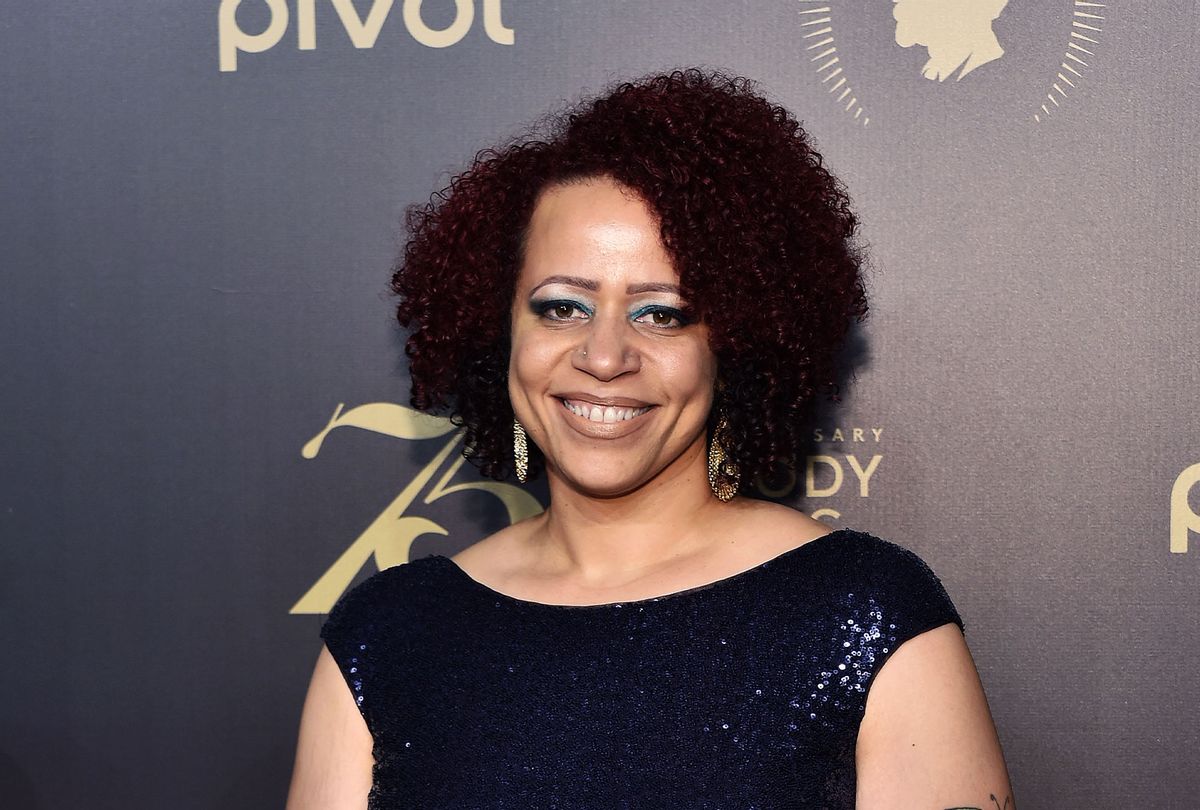 Last month, the University of North Carolina failed to offer tenure to journalist Nikole-Hannah Jones, despite how the university's Hussman School of Journalism and Media not only recommended Hannah-Jones for tenure, but also recently named her the Knight Chair in Race and Investigative Journalism.

Recent reporting in the Washington Post this week has suggested UNC's decision was impacted by donor Walter E. Hussman Jr., an Arkansas press magnate who has since denied involvement in the decision, but has said he expressed concerns about Hannah-Jones for not meeting his personal standards of "objectivity."

The funny thing about predominantly white, male media institutions' beloved "objectivity" is that concerns about it only ever seem to go one way. We only ever see women journalists or journalists of color questioned for being influenced and shaped by their lived experiences — we never question how whiteness or maleness shape the work and worldview of white male journalists, because their experience is treated as the default. And we never question how "objectivity," centrism, and neutrality are political ideologies themselves — they reflect the inherently political decision to choose to say and do nothing about injustice and oppression, and therefore, empower it to continue.

Journalism's primary goal, at the end of the day, is truth — not objectivity for the sake of old white men's comfort.

"I haven't said . . . 'Do not hire Nikole Hannah-Jones,'" Hussman told North Carolina Policy Watch on Thursday, denying his role in UNC's decision. "I never said, 'If you hire Nikole Hannah-Jones it could affect our commitment to the university or our donation.' I never said that. I basically said, 'Look, here are my concerns. Once I express them, they're totally up to you.'"

But Hussman expressed criticism of the "1619 Project," the groundbreaking New York Times Magazine series from last year that examines the ongoing legacy of slavery in America, which Hannah-Jones oversaw, and won a Pulitzer for her written introduction to the series. In particular, he expressed concerns with the accuracy of the findings of the series' Black journalists and historians.

The "1619 Project" has shined a light on the persistent socioeconomic impacts of slavery affecting Black youth and their communities to this day, despite how many white politicians and academic institutions would rather pretend slavery took place in the prehistoric era with dinosaurs, and have even tried to ban the "1619 Project" from schools.

NC Policy Watch reports that Hussman's problems with Hannah-Jones primarily came from his "concern" over the "1619 Project," and Hannah-Jones' writing on reparations for Black Americans. According to Policy Watch, Hussman said he "was concerned about how Hannah-Jones's work could clash with his vision for the school and what it teaches."

Since UNC declined to offer Hannah-Jones a tenured position last month, Hannah-Jones released a statement saying that she had retained legal counsel to respond to the board's "failure to consider and approve my application for tenure — despite the recommendation of the faculty, dean, provost and chancellor." Hannah-Jones is represented by the NAACP Legal Defense Fund, Inc., Levy Ratner, P.C., and Ferguson Chambers & Sumter, P.A.

"I had no desire to bring turmoil or a political firestorm to the university that I love, but I am obligated to fight back against a wave of anti-democratic suppression that seeks to prohibit the free exchange of ideas, silence Black voices and chill free speech," she said in her statement.

In the days after the snub from UNC, more than 200 academics, journalists, sports luminaries and thought leaders signed a letter in support of Hannah-Jones published by The Root. "The same anti-democratic thinking that blocked Hannah-Jones' appointment at her alma mater has also fueled efforts in state and local legislatures to ban the teaching of histories of slavery and its legacies through the 1619 Project," the letter states. "We call on all people of conscience to decry this growing wave of repression and to encourage a recommitment to the free exchange of ideas in our schools, workplaces, legislatures, and communities."

Journalists are foremost human beings, with a wide and important range of lived experiences — their diversity of lived experiences insights enrich journalism, rather than harm it. Without pioneering Black women journalists like Hannah-Brown, we wouldn't have had the "1619 Project" to shine a light on persistent, jarring racial inequities in this country. Journalists of color should be encouraged to challenge the deeply ingrained lies of white supremacy — not denied tenure for doing so.