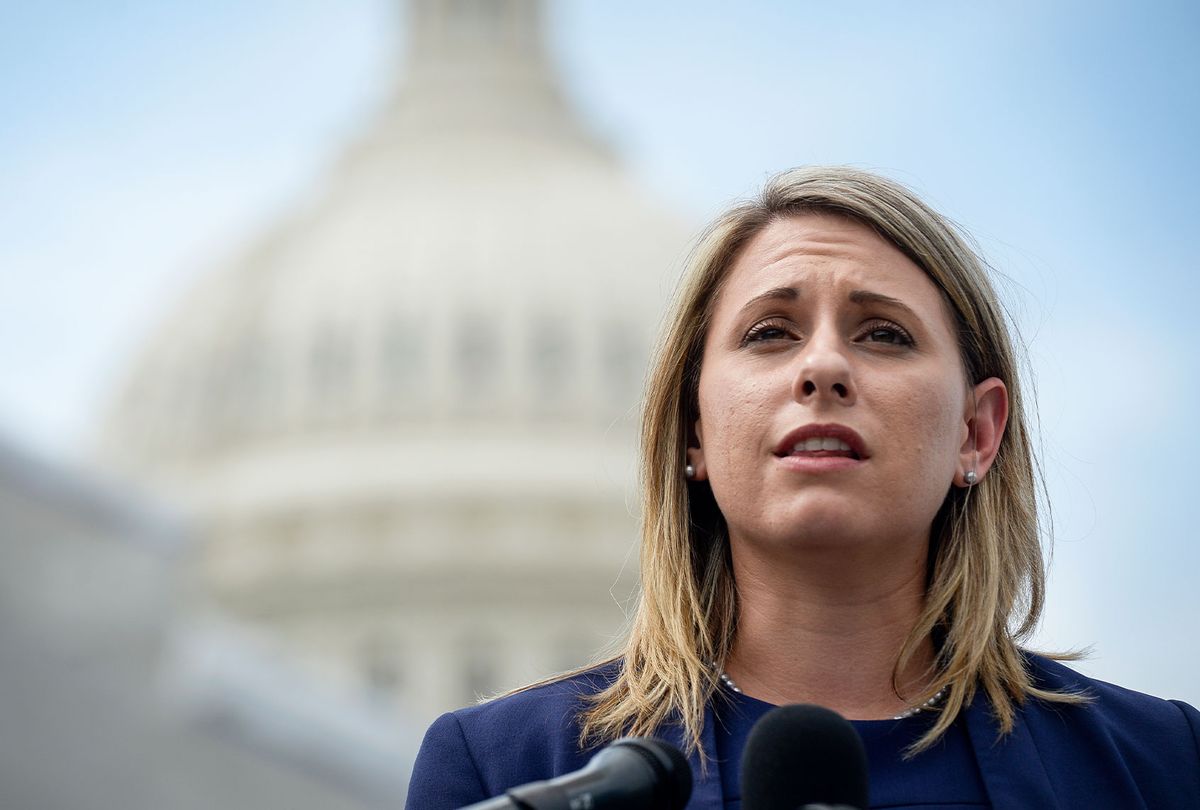 As the Los Angeles Times reports, the 2013 California law on nonconsensual porn "makes it a crime to distribute private images without the person's permission but has exceptions, notably if such sharing is in the 'public interest.'" That "public interest" exception was key to the ruling on Hill's case. Exceptions like this have previously been applied to reporting on disgraced former Democratic congressman Anthony Weiner, whose illegal and disturbing sexting with minors may have played an uncomfortable role in the outcome of the 2016 election. Exposing Weiner's unsavory private communications was legal, because it was notably relevant to his status and decision-making abilities as an elected official.

In Hill's case, the nude photos of her published by the Daily Mail were supposedly a matter of "public interest," the Mail argued, because they spoke to her character and qualifications as a member of Congress. As a refresher, Hill had been accused of having improper relations with a member of her congressional staff, which she denied, and also with a young female campaign staffer prior to taking office, to which Hill has admitted.

The nude photos allegedly depict Hill being intimate with her staffer, using a then-illegal drug, and "displaying a tattoo that was controversial because it resembled a white supremacy symbol," according to the Orange County Register. As a result, the judge ruled that the photos reflected on Hill's "character, judgment and qualifications for her Congressional position."

Just as driving Hill from Congress in 2019 arguably sent a dangerous message to young women who have ever taken or sent nude photos to consider that a disqualification from holding public office, this ruling on her case could set a dangerous precedent for all victims of nonconsensual pornography. As Hill's attorney, victims' rights lawyer Carrie Goldberg, has pointed out, "Anybody who dares enter the public eye should now have legitimate concern that old nude and sexual images can be shared widely and published by any person or media purporting to have journalistic intentions."

In 2019, Hill alleged that  her ex-husband had shared the photos to punish her for leaving him, and that he had been abusive for years. This points toward the obvious conclusion that the blame, shame or moral deficit when it comes to sexual cyber-crimes and exploitation, in nearly all cases, does not lie with the victim for taking or sharing photos, but with the perpetrator. Hill's ex is hardly the only partner or former partner to use nude photos to punish, blackmail or try to coerce a victim to remain in a damaging relationship.

Hill has since spoken out against the Los Angeles County judge's ruling, calling it a reflection of the "broken" justice system, and stating that her fight continues, in a Wednesday tweet.