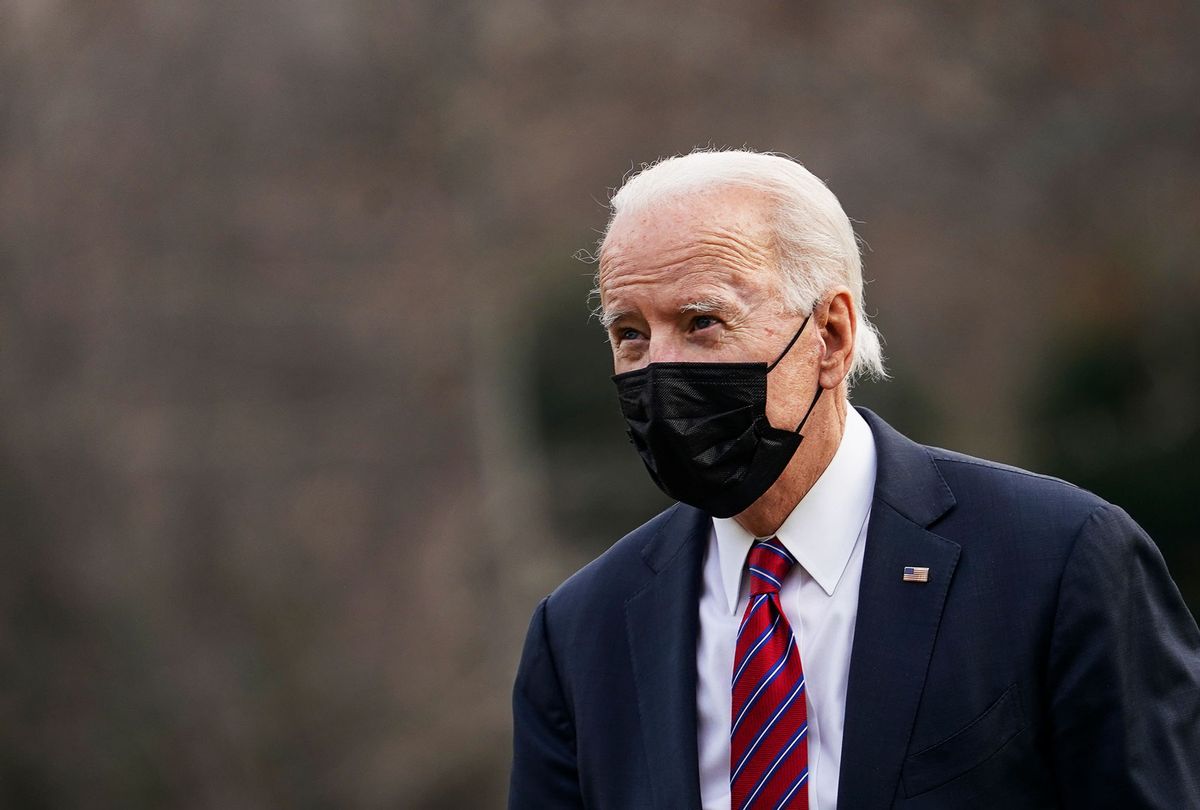 A potential progressive revolt is brewing over President Joe Biden's compromise offer to Senate Republicans on infrastructure, a proposal that would leave in place the corporate tax rate established under the Trump administration and cut the original $2.2 trillion American Jobs Plan in half.

In a statement issued late Thursday after details of Biden's new $1 trillion proposal began to emerge, Rep. Jamaal Bowman (D-N.Y.) said that "if what we've read is true, I would have a very difficult time voting yes on this bill."

"Two trillion dollars was already the compromise. President Biden can't expect us to vote for an infrastructure deal dictated by the Republican Party," Bowman added. "The crises we face are immense and urgent. We have an economic crisis, a climate crisis, and a racial injustice crisis. We have a historic opportunity to act, and history won't judge us kindly if we let it pass us by."

Bowman was far from alone in voicing deep concerns over the president's compromise offer to Republican negotiators, who have repeatedly shown they are unwilling to accept an infrastructure deal that includes significant spending on renewable energy, the social safety net, and other key progressive priorities.

"The pursuit of Republican votes cannot come at the expense of necessary, urgent, and popular investments," the nearly 100-member Congressional Progressive Caucus tweeted Thursday. "For a just, equitable package that meets this moment, both physical and social infrastructure are essential. Progressives will not be forced to choose between them."

As the Washington Post reported Thursday, Biden signaled during a closed-door meeting with the GOP's top infrastructure negotiator that "he would be open to significant revisions on the size of his infrastructure package and how it would be paid for in order to win Republican support, outlining a plan for about $1 trillion in new spending financed through tax changes that do not appear to raise the top corporate rate."

Instead of hiking the corporate tax rate to 28% as proposed in his original package, the president floated a new minimum corporate tax of 15% aimed at profitable companies that pay little to no federal taxes.

Morris Pearl of the Patriotic Millionaires, a progressive advocacy group pushing for higher taxes on the wealthy, said that "while we are generally supportive of tax minimums, the compromise the Biden administration is reportedly offering on corporate taxes is not good enough, full stop."

"Americans overwhelmingly support raising corporate taxes, especially when used as a pay-for," Pearl continued. "With a bipartisan majority of American voters backing him on this issue, President Biden must stand strong on all aspects of his plan to raise corporate taxes. Corporations and Republicans in Congress should not get to drive the debate on corporate taxes when they stand opposed to any increases at all."

White House Press Secretary Jen Psaki insisted Thursday that Biden hasn't completely taken the 28% corporate tax rate off the table, but progressive lawmakers were nonetheless alarmed by the president's apparent willingness to compromise on the proposed increase in a bid for Republican support.

Clinging to narrow majorities in the House and Senate, Democrats can't afford to lose more than a handful of votes even if they succeed in winning over some Republican lawmakers by accepting a dramatically weakened infrastructure bill.

With Republicans expected to counter Biden's latest proposal as early as Friday, progressives reiterated their demand that the president and congressional Democrats use their total control of the federal government to pursue an ambitious infrastructure package rather than appeasing the obstructionist minority party.

"One trillion dollars is a non-starter," said Evan Weber, political director of the youth-led Sunrise Movement, which has demanded $10 trillion in infrastructure and green energy spending over the next decade. "The president should be meeting with the young people who elected him, not the party who is abetting the lie that he wasn't duly elected. Are our futures negotiable?"

As infrastructure talks with the GOP have dragged on for weeks despite little discernible movement toward a bipartisan deal, progressive lawmakers have urged Democratic leaders to abandon the GOP and pursue a bold legislative package through reconciliation—an arcane process through which budget-related bills can pass with a simple-majority vote.

According to recent polling by Data for Progress, 58% of U.S. voters would support passage of the American Jobs Plan and the American Families Plan—Biden's proposed $1.8 trillion safety net expansion—using budget reconciliation.

But Sen. Joe Manchin (D-W.Va.), whose vote Democrats need to keep their slim Senate majority intact, indicated Thursday that he has no interest in pursuing an infrastructure bill with only Democratic support.

"Basically, we need to be bipartisan," Manchin told NBC News.

In his statement Thursday, Bowman countered that "Republicans have given Democratic governance the middle finger since the day President Biden was inaugurated."

"We can't—and won't—reward them by keeping Donald Trump's corporate tax cuts in place and slashing our infrastructure package in half," said Bowman. "No Republican vote in favor of an infrastructure package should supersede our mission: to build an America that works for the people, not for massive corporations. Getting Republicans on board is not necessary. Getting the American people back on their feet is."