Being autistic may amount to a language difference — not an impairment

For the neurodivergent, a study on autism and communication is reaffirming some lifelong feelings 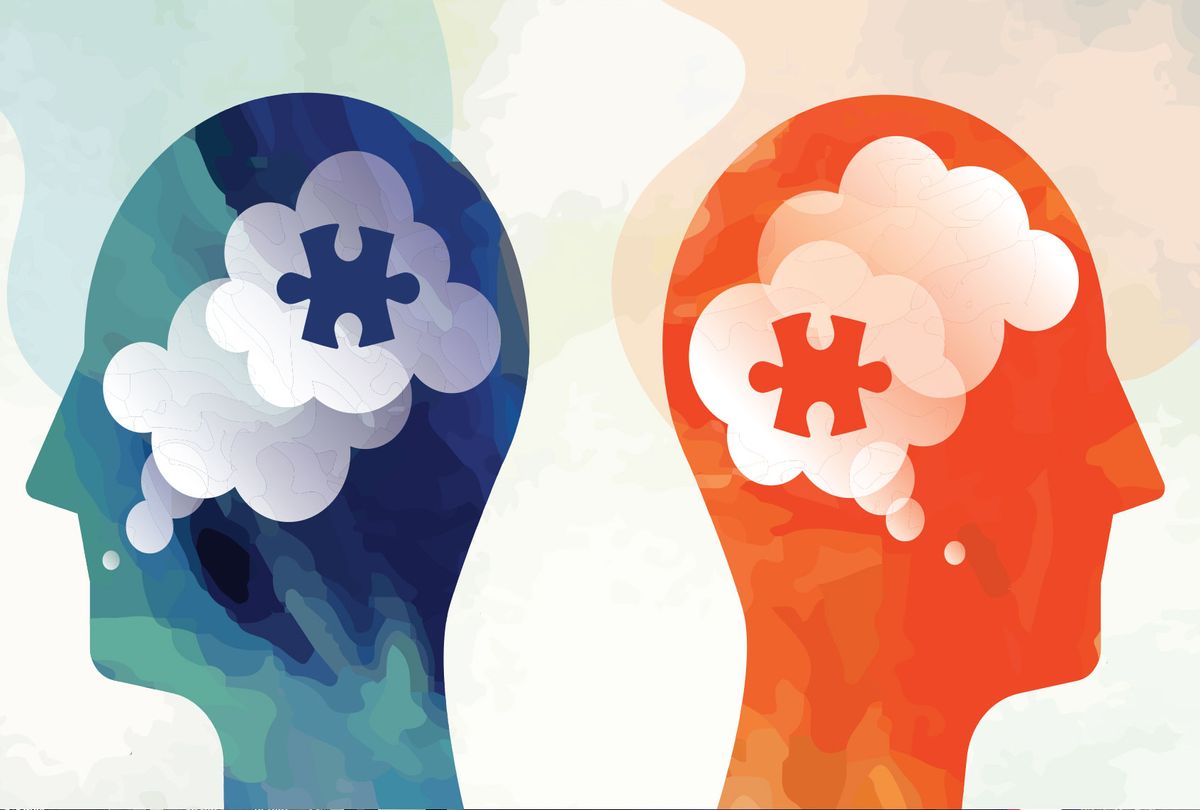 Experts generally agree that, no matter how many words you use, a large percentage of communication comes via nonverbal actions — facial expressions, body language, and so on. If you are autistic like me, that means you struggle with many aspects of this non-verbal communication.

Now, a new study now offers insights as to why that might be the case — though many autistic people say the study is reaffirming exactly what they've known for years.

The study, published in the Journal of Autism and Developmental Disorders, suggested that those on the autism spectrum find it difficult to accurately identify angry facial expressions when they are displayed with the intensity and speed that neurotypicals find "normal."

PhD researcher Connor Keating, the lead author of the study, elaborated on this issue in an email to Salon where he discussed the so-called "double empathy problem." This is the idea that empathy relies heavily on both how we instinctively express emotions and what we have grown to expect from previous social interactions — experiences that can be very different for autistic people. When that happens, there is a communication breakdown which upsets both autistics and allistics (non-autistic people).

"The double empathy problem was conceptualized by Damian Milton, an autistic academic," Keating explained. "Many autistic individuals over the years have endorsed the double empathy idea, agreeing that it matches their own experiences."

His study, he added, is the first "to show that a difficulty recognizing moving, rather than still, angry expressions is associated with autism, and not alexithymia." Alexithymia is a condition related to autism that impacts emotional communication.

It is fair to say that many autistic people, when reading that, will probably react the same way that I did: Of course!

"As a kid I only understood obvious outright expressions of anger and aggression," Jen Elcheson, a school support worker from Prince George BC Canada, told Salon by email. "Subtle ones? Forget it. Especially if the person had ambiguous body language."

Elcheson recalled incorrectly thinking other people were being humorous when in fact they were expressing facetiousness.

"My response would just further piss them off," Elcheson recalled. "Confusion, shame, and my own anger towards myself followed. I got it wrong, again!"

Even as an adult nearing 40, Elcheson says it is a "struggle at times" to understand subtle non-verbal and sometimes even verbal cues. "I don't always know what may be going on with someone who is not autistic," Elcheson added. "I can usually understand fellow autistic just fine. Ditto for people who are otherwise neurodivergent, as I have other [neurodivergent] diagnoses as well."

Alex Plank, founder of a popular forum site for neurodivergent people, observed that he often feels like he is speaking a different language from neurotypicals, particularly when it comes to emotions.

"I often have people think I'm being rude when I'm just being factual or trying to communicate urgency," Plank explained in an email. He added that he often overlooks social customs such as remembering to greet someone or avoid talking over them.

"I've noticed when talking with other autistics, we tend to talk over each other and it works fine — we stop talking if we need to or the other person does," he mused.

Indeed, this unexpected anger can be mystifying to those on the spectrum, and often seems to emerge entirely unprompted. Morénike Giwa-Onaiwu, a visiting scholar at Rice University who is also on the autism spectrum, recalled how both she and other autistic people often have the experience of communicating with people who suddenly become very angry.

"I would just be really confused," Giwa-Onaiwu told Salon. "I didn't understand where they were getting that vibe or what was happening because I'm thinking we're holding a conversation and I'm not taking up whatever cue I guess I'm supposed to be picking up from their face or their body language." This is more than a mere faux pas or embarrassment; as Giwa-Onaiwu observed, "it puts you in a really dangerous situation" because neurotypicals may not react well to an autistic person who does not correctly process their anger.

"I think they truly don't understand that we are not perceiving what they're perceiving," she added.

Podcast host and life coach Danielle Sullivan (who is late-diagnosed autistic) expressed hope that the study would help people better understand the precise nature of how autistic people struggle.

"I think this study's conclusions are absolutely correct," Sullivan wrote to Salon. "Although emotional intelligence varies in autistic people (the same way it does in allistic people) as a whole, autistic folks don't have impaired emotional intelligence. We do have a distinct and different language and expression for our emotions that can be just as hard for neurotypical to read in our faces as it is for us to read in neurotypical faces."

For what it's worth, not all autistic individuals feel this way. Iconic autism and animal rights advocate Temple Grandin, for instance, told Salon by email that "I have always been able to recognize anger. I use the tone of voice as the main indicator for anger."

Either way, if there is one common theme from all of the conversations I've had with autistic individuals — both for this article and many, many others — it is that our neurology simply makes us different, not worse. As British psychologist and autism specialist Tony Attwood once wrote, "I see people with Asperger's syndrome as a bright thread in the rich tapestry of life."