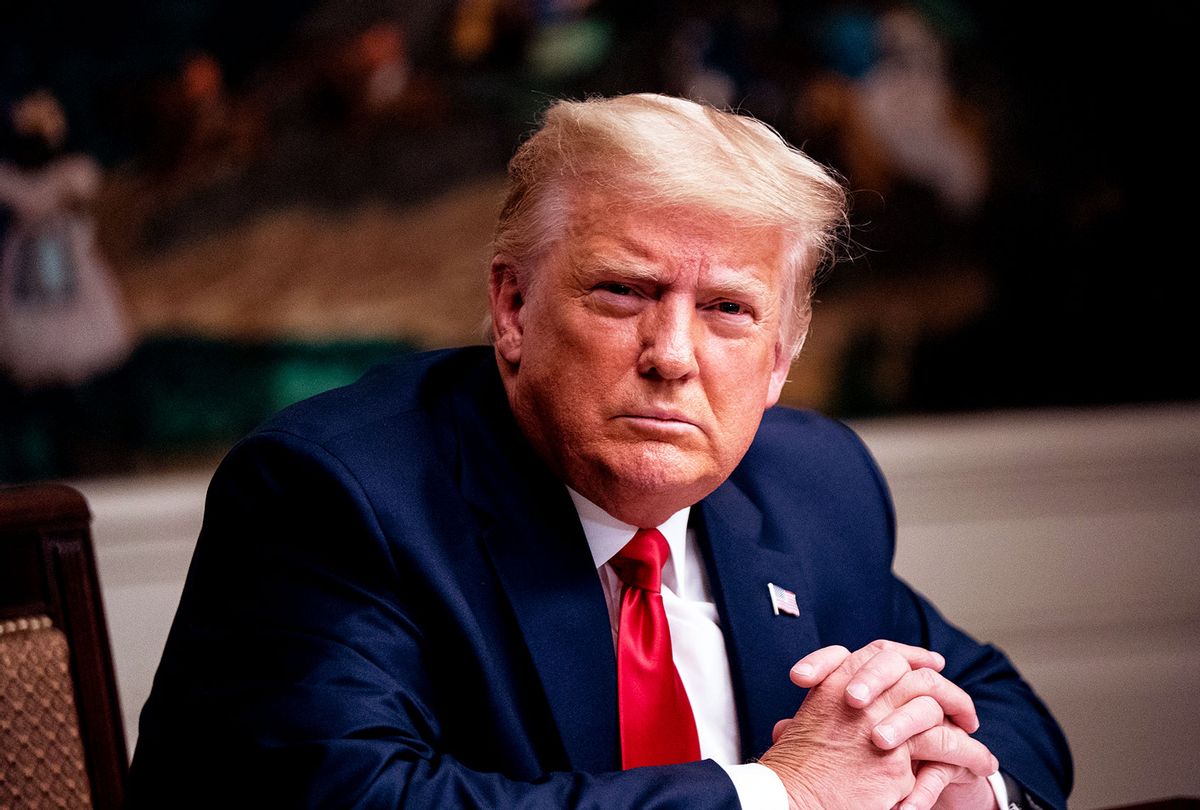 There are no public questions on my official 2021 New Jersey primary election sample ballot that came in the mail the other day. Yet one of historic proportions looms large over Tuesday's contest: the future of the Republican Party, not just here in the Garden State, but in the United States.

New Jersey, like the Commonwealth of Virginia, holds its gubernatorial election in the odd-numbered year following the presidential election, which has long provided the news media with an inflection point to view voter sentiment several months into the start of a new presidential term.

As such, both states' contests have been used in past years as auguries for the following year's midterm elections.

This year, however, the four-way race for the GOP gubernatorial nomination in New Jersey is only partly about who Republicans want to challenge incumbent Democratic Gov. Phil Murphy in November. (Especially since Murphy is likely to be re-elected no matter who they pick.) The hottest issue in this primary, believe it or not, is whether New Jersey Republicans believe that the 2020 presidential election was stolen.

Incredibly, five months after former President Trump directed an angry mob on Jan. 6 to head up to Capitol Hill and "stop the steal" of the 2020 election, the question of the last election's legitimacy dominated the May 25 101.5 FM New Jersey Election Law Enforcement Commission debate.

The broadcast face-off was between businessman and former state legislator Jack Ciattarelli, who has lined up the state's county Republican organizations, and Hirsh Singh, a Trump acolyte and perennial candidate who previously ran for governor in 2017, and since then has mounted losing campaigns for House and U.S. Senate. (Brian Levine and Phil Rizzo are also on the ballot, but did not qualify for the debate.)

Singh has billed himself as "the only MAGA candidate" in the race, and vowed to "make New Jersey great again." When asked by 101.5 FM's Eric Scott who actually won the 2020 election, Singh responded, "We all know Trump won," adding that "there are election results being disqualified all over the country."

Scott did not ask Singh to offer even just one example of 2020 election results "being disqualified" anywhere, let alone "all over the country."

"So, I hope we will get back to Phil Murphy and New Jersey, but Joe Biden won the presidency," countered Ciattarelli. "The Trump campaign and the Trump team filed 62 lawsuits around the country with regard to voter fraud and voter irregularity. Two of those cases made it up to the Supreme Court, which has a majority of Trump appointees and conservative justices, and the decisions went against the Trump team 9-0. Joe Biden is our president."

To buttress his so-called argument, Singh cited public opinion, such as the Reuters/Ipsos poll that found that 53 percent of Republican voters surveyed between May 17 and 19 believed Trump to be the "true president." According to Reuters, about one in four adults surveyed, including 56 percent of Republicans, believe the 2020 election — which Biden won by 7 million votes — "was tainted by illegal voting." That number had only dropped a few percentage points below where it was when pollsters asked the same question right after the election.

Singh insisted during the debate that his opponent was part of a cabal of Republicans, such as Rep. Liz Cheney and Sen. Mitt Romney, "who stabbed Mr. Trump in the back" and needed to be purged from the GOP. Early in the debate, Singh said that Trump "was the greatest president" of his lifetime and that Trump supporters were being unfairly maligned as "terrorists when we are just America-loving patriots."

Ciattarelli, who opposed Trump in 2016, but in 2020 more or less aligned himself with him, made his own effort to appease the Trump base, claiming that he "supported Donald Trump's policies" on China, border security, the economy and his conservative picks for the Supreme Court and the federal bench.

For Singh, like the folks that stormed the U.S. Capitol in January, the 2020 election is very much an emotional flashpoint, still sensitive to the touch.

The Capitol Hill insurrection, whose obvious objective was to obstruct or prevent the lawful certification of the 2020 presidential election, resulted in five deaths, including that of Capitol Police Officer Brian Sicknick, a New Jersey native and military veteran. Two responding police officers committed suicide after the attack, and more than 140 were injured.

Subsequently, federal prosecutors criminally charged hundreds of Trump supporters, including law enforcement officers and an active duty U.S. Marine, for their actions that day. A military contractor from Colts Neck in central New Jersey was among those arrested. The Asbury Park Press reported that a federal judge ordered him held in custody after concluding that "his extremist ideology and comments favorable to a civil war make him a danger to the community."

Almost a half-year since the bloody riot, the first of its kind inside the U.S. Capitol, it's not just New Jersey's gubernatorial candidates who are caught up in a debate over the outcome of the 2020 election and the significance of what came in its aftermath.

Last month, the two remaining Republican members of New Jersey's Congressional delegation split on the question of whether or not to authorize a bipartisan panel, modeled on the 9/11 commission, to investigate the Jan. 6 insurrection.

Rep. Chris Smith, who was first elected to his seat in 1980, was one of 35 Republicans to break with their party and vote in favor of a commission. Rep. Jeff Van Drew, who was elected as a Democrat in 2018 but switched parties to support Trump in 2020, voted against the investigation.

Ultimately, the measure was defeated in the U.S. Senate after Minority Leader Mitch McConnell announced his opposition. Democrats were only able to peel off six of their Republican colleagues to vote to form the panel, four votes short of breaking the filibuster.

Before that Senate vote, Brian Sicknick's mother and girlfriend had walked the halls of Congress and had face-to-face meetings with Republican senators. The pair told reporters they hoped to persuade the members, who themselves had come under attack that day, to vote for the probe.

"Usually I stay in the background," said Gladys Sicknick, according to NJ Advance Media. "I couldn't stay quiet anymore."

"If they look at the footage that happened, it's very obvious that that was not a peaceful day," said Sandra Garza, Sicknick's girlfriend. "Police officers were getting attacked, they were getting beaten, fire extinguishers were being thrown at them, they were being attacked by flagpoles."

Before the Senate rejected the commission, former New Jersey Gov. Tom Kean, a Republican, and former Rep. Lee Hamilton of Indiana, a Democrat — who jointly led the 9/11 commission — urged the Senate to authorize an investigation of the Jan. 6 assault:

Today, democracy faces a new threat. The January 6 attack on the U.S. Capitol was one of the darkest days in the history of our country. Americans deserve an objective and an accurate account of what happened. As we did in the wake of Sept. 11, it's time to set aside partisan politics and come together as Americans in common pursuit of truth and justice.

After the measure's defeat in the Senate, Kean told the Guardian its failure was "democracy's loss."

The real problem is that so many people think that what happened on Jan. 6 was justified, and believe that Trump should still be president. After Tuesday's primary we will have a better idea of how many of those folks live in New Jersey. The nation will be watching.