After negotiations broke down, a bipartisan group of senators held an almost three-hour-long meeting in the Capitol 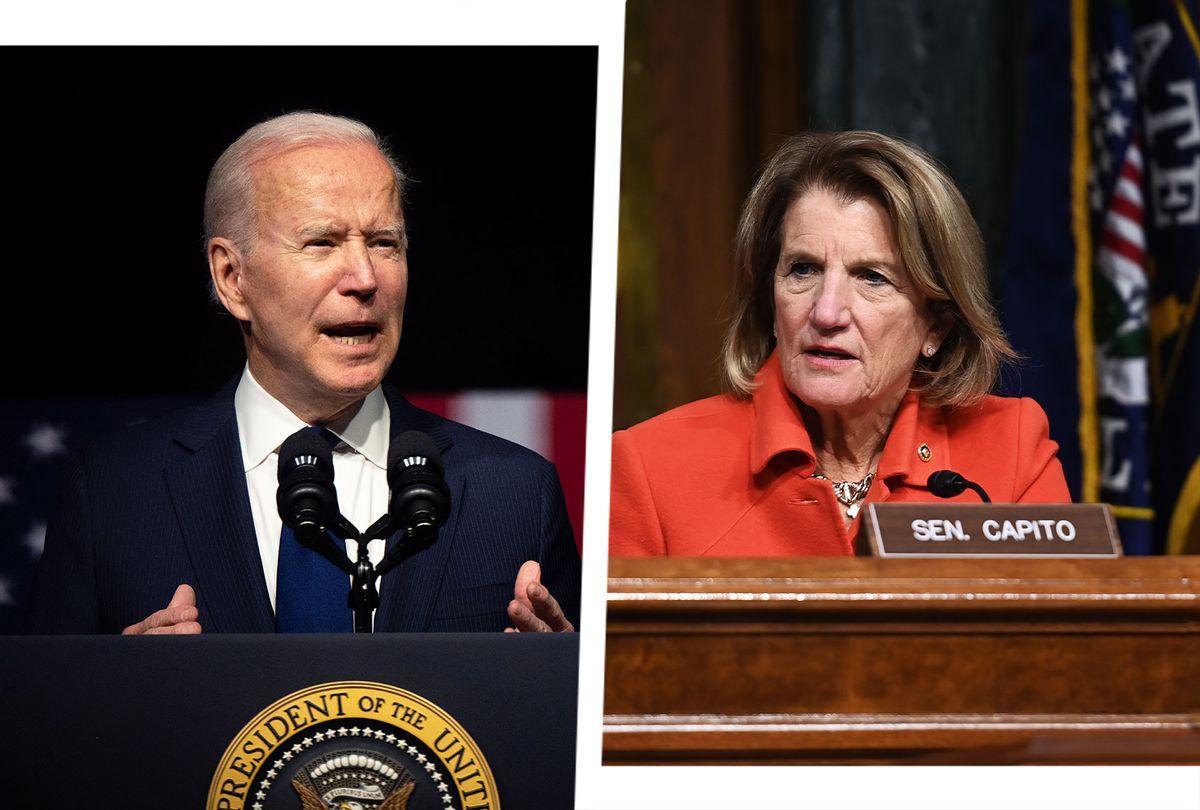 President Biden has stopped negotiating with the Senate GOP over his embattled infrastructure bill, instead setting his sights on a bipartisan group of 20 senators with whom he hopes to finally push the bill through Congress.

The move comes after weeks of stalled negotiations between Biden and the Senate GOP over the size of the bill and what provisions it would entail. Republicans have repeatedly prodded the president to ratchet down the bill's price tag from $1.7 trillion to $928 billion, scrap his proposed corporate tax hike from 21% to 28%, and use Covid relief funds from the American Rescue Plan to bankroll the infrastructure bill. Biden has largely refused to budge throughout the entire process.

On Tuesday, the president spoke in a five-minute meeting with Sen. Shelley Moore Capito, R-W.Va., who has led Republicans in the infrastructure talks, but the two could not strike a deal, with Biden saying that her counter-proposals did not "meet the essential needs of our country."

The president "offered his gratitude to her for her efforts and good faith conversations, but expressed his disappointment that, while he was willing to reduce his plan by more than $1 trillion, the Republican group had increased their proposed new investments by only $150 billion," White House press secretary Jen Psaki said in a Tuesday statement.

Capito also followed up: "While I appreciate President Biden's willingness to devote so much time and effort to these negotiations, he ultimately chose not to accept the very robust and targeted infrastructure package, and instead, end our discussions. However, this does not mean bipartisanship isn't feasible."

Other Republicans have been more strident about Biden's commitment to his own version of the bill. Sen. John Barrasso, R-Wyo., said that the president was trying "to satisfy an insatiable far-left agenda that demands massive tax hikes, and spending trillions of dollars on things unrelated to physical infrastructure."

With the negotiations having ended, the president is now putting together an effort to recruit other senators to his side, including Sens. Bill Cassidy, R-La., and two conservative Democrats Sens. Joe Manchin, D-W.Va., and Kyrsten Sinema, D-Ariz. –– both of whom have earned a reputation for stonewalling Democratic-backed legislation.

Senate Majority Whip Dick Durbin, D-Ill., a vocal proponent of Biden's infrastructure proposals, said that the president's moves were unexpected. "It kind of surprised me that this other group decided to try their luck at it. It's got to be different than Capito," Durbin told Politico. "We're running out of time. We have seven weeks counting this week until we break in August...we're running out of opportunities."

Going forward, Biden will have to persuade a coalition of at least 10 GOP senators to get on board with his present vision for the bill unless he decides to kowtow to Republican demands.

On Tuesday, Sen. Majority Leader Chuck Schumer told reporters that the Democrats would be using "a two-path approach."

"It may well be that part of the bill that is passed will be bipartisan, and part of it will be in reconciliation," he said. "But we're not going to sacrifice bigness and boldness."

Budget reconciliation – which was used by Democrats to pass the Covid relief bill back in March – would allow Senate Democrats to ram the bill through Congress with a simple majority vote.