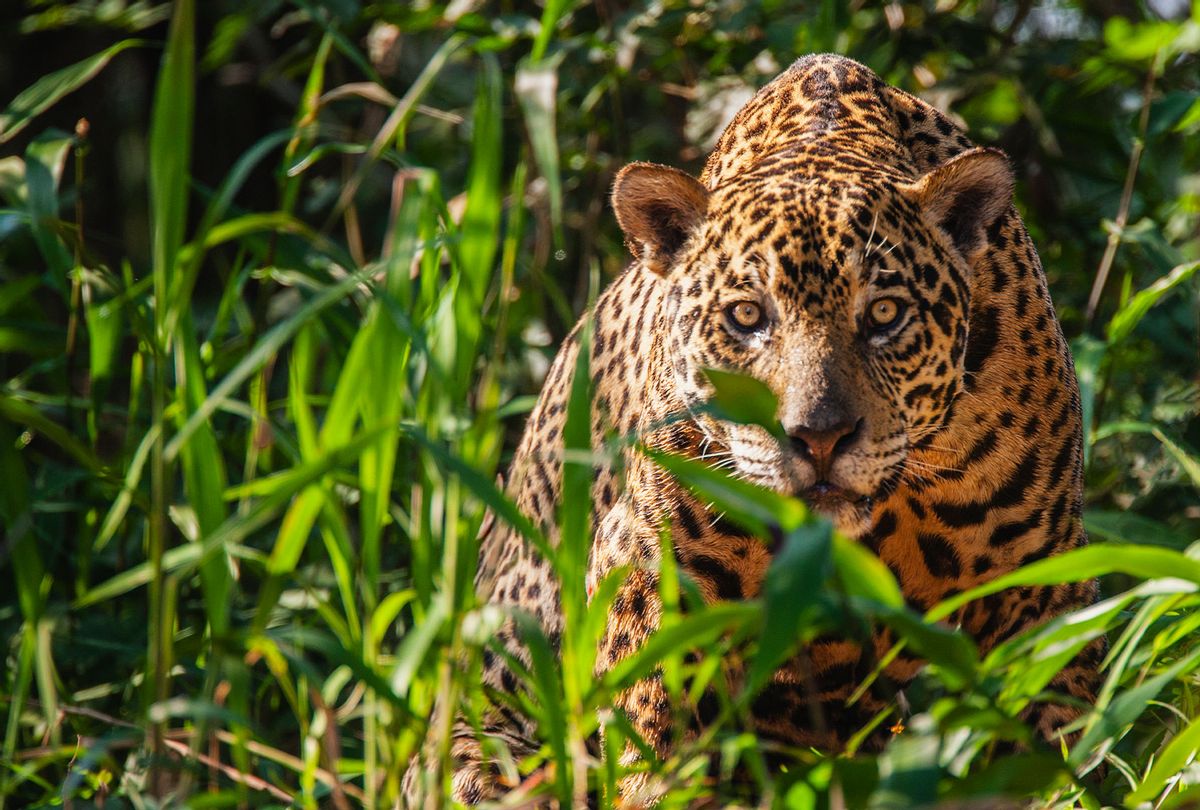 Elizabeth Unger is no stranger to the wilderness. The National Geographic Explorer and filmmaker has literally been to every continent on the globe, but as she spoke with Salon by email about her debut feature film, "Tigre Gente," you could hear the wonder in her voice as she recalled the experience.

"I very fondly remember my director of photography, Edward Roqueta, and I staying for weeks on the fringe of Madidi National Park in a little jungle hostel – sharing a room since we were absolutely broke – waiting for something exciting to happen," Unger recalled. "We spent a huge amount of time with the rangers. When we filmed them on patrol inside the park, we camped out with them on the riverbed under a stunning display of stars."

She described Madidi National Park — a national park in Bolivia's upper Amazon river basin noted for its biological diversity and being one of the largest protected areas in the world — as "one of the most breathtaking places on Earth."

"Experiencing the rangers' lives in that beautiful area with my director of photography, who is a good friend of mine, is something I will never forget," Unger told Salon.

Yet in this vital and beautiful slice of nature, there is also ugliness. In "Tigre Gente," Unger tells the story of the illegal jaguar trade that threatens to destroy the charismatic Bolivian animal and chronicles individual efforts to thwart it. They are met with frightening resistance, including a harrowing confrontation on a boat. The stories of Marcos Uzquiano, Director of the Madidi Park, and Hong Kong journalist Laurel Chor, at times seem like something out of a novel rather than real life.

In the post-"Tiger King" era, it is important to remember that big cats continue to be hunted down and otherwise endangered by human beings for reasons that would seem silly if the consequences weren't so tragic. "Tigre Gente" has its world premiere at the Tribeca Film Festival on June 11.

I interviewed Unger about jaguar conservation, Western misconceptions about the wildlife trade, and the mysterious "aura" of these majestic big cats; as always, this interview has been lightly edited for clarity and context.

What inspired you to make this documentary?

In 2009, I volunteered at a wildlife refuge in Bolivia to help rehabilitate jaguars and other wild cats who were victims of the illegal wildlife trade. That experience stayed with me and eventually I was inspired to work on a project about wildlife trafficking in South America — especially since most of the stories in the media were focused on the poaching of African elephants and rhinos. When I learned about this new jaguar trade for the Chinese market from Bolivian contacts in 2015, I knew from my background in wildlife that no one in the conservation world was really talking about it. I decided that a creative project, such as a documentary, could make as much (or even more) of a difference than an academic paper on the subject. I began to teach myself how to direct and produce in 2015, and now, six years later, the film is finally debuting.

Were there ever moments where you felt physically at danger while filming?

Yes. The boat chase scene in the film was actually filmed by me and that was a very, very risky moment for the rangers and myself. These types of chases are not common. When the poachers tried to ram the motor of the rangers' boat, we could have easily capsized and gotten swept away in the river. The poachers were close to attacking us as well and, because the rangers are not allowed to be armed, that would have made for an extremely dangerous scenario. Unfortunately in these situations, the rangers are only able to rely on their words – the only weapon they have to curb illegal activity in the park.

What are your personal views on the subjects of your documentary?

Marcos [Uzquiano, director of the Madidi Park] and Laurel [Chor, a journalist] are two of the most impressive people I've met in my life, for very different reasons.

Marcos grew up right outside Madidi National Park in a rural community. He was the valedictorian of his high school class and eventually rose through the ranks to become the director of the park. He is extremely passionate and determined to protect his home, Madidi, from any interests that seek to exploit it, at all cost. He risks his life every day doing his job. Marcos is a true hero.

Laurel is someone I know from the National Geographic Explorer community as we are both grantees. Not only is Laurel a legitimate badass and someone I consider fearless, she's extremely intelligent. She speaks four languages (Cantonese, English, French, and Mandarin), and she's currently in the midst of a Masters program at Oxford. Laurel is a serious journalist who is not afraid to tackle tough issues, even at risk to herself and her family in Hong Kong. I admire her a great deal.

What did you learn about jaguars as animals — their personalities, so to speak — while making this film?

Our team was not lucky enough to see a jaguar in the wild – this is rare – but when we filmed jaguars at a wildlife refuge in Brazil, being so close to them in that capacity was an incredible experience. They really are such powerful creatures, you can feel it emanating from them when you're nearby. Even the baby jaguars that we filmed were compelling in that sense – they're a force you just can't look away from. To me, jaguars are endlessly curious and intelligent. Their gaze pierces through you. And I wanted to honor that intensity and power in this film.

What did you learn about the Chinese wildlife trade? What are your views on it?

There are a lot of Western misconceptions about the Chinese wildlife trade that we hoped to counter with this film. For one, there's a big misconception that most Chinese people want these types of illegal wildlife products, which is simply not true. China is a country of over a billion people, and unfortunately, even if an extremely small fraction of the population is actively looking to buy these parts, it will cause a huge impact.

In the process of this film I learned about Chinese culture and tradition as it pertains to wildlife consumerism. Chinese demand does not stem from wanting to kill wildlife for the sake of destroying and consuming it. It really comes from a place of respect and appreciation for these animals, that by consuming or using a product from their body, they are honoring this animal. The issue, however, is the amount of misinformation on the demand side regarding how these wildlife products are sourced. Some Chinese people believe, as you saw in the film, that these animals die naturally and their parts are harvested as not to let them go to waste. Some are simply uninformed and honestly don't think to ask these types of questions. In the film we bring up the concept of eating beef versus jaguar trafficking. In the West, eating beef is commonplace regardless of the devastating negative effects it's having on the environment. Trafficking jaguars is also devastating for the environment, but if Chinese consumers don't understand that, it's going to be hard to curb the demand - just like folks in the West who eat beef multiple times a day. The cultural norms are different and, in order to make any progress at all, we need to better understand the mentality behind the demand for these types of products.