Grauer's gorillas, the largest of all gorillas, is still endangered — but there are thousands more than we thought 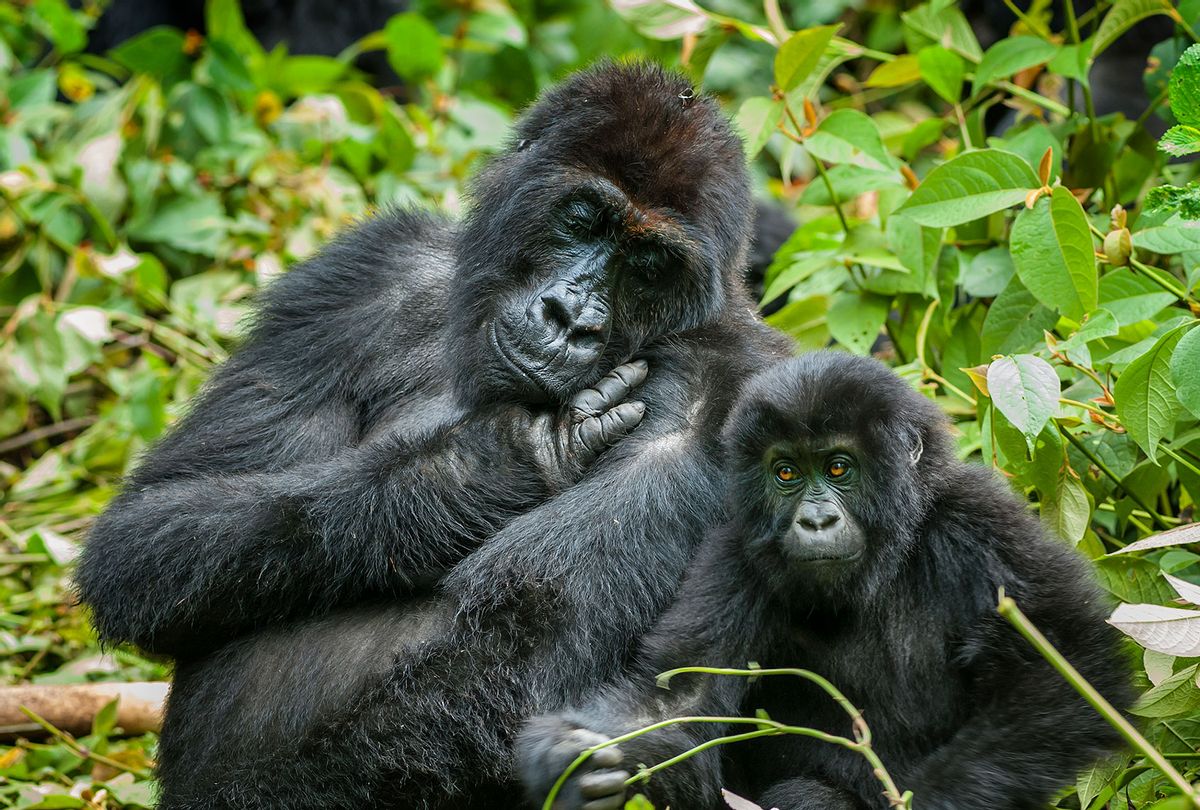 In movies like "King Kong" and "Planet of the Apes," gorillas are fearsome monsters who pose a direct threat to human survival. But in real life, human beings have played the role of monster in the human-gorilla relationship. Because humans have destroyed their habitat and poached them off, gorillas are now among the most endangered apes in the world.

Thankfully a new study offers a glimmer of hope for conservationists when it comes to the largest of the four gorilla subspecies, the Grauer's gorilla (also known as the eastern lowland gorilla). They are still very much in danger, but there are thousands more than previously thought.

It all boils down to location. In 2016 a study led by the Wildlife Conservation Society estimated the Grauer's gorilla population to be at roughly 3,800, a decline of almost 80 percent since the last major survey conducted two decades earlier. The newer study, however, did not include the full extent of the eastern lowland gorillas' range because of political insecurity in certain regions. Now that the Wildlife Conservation Society has been able to include data from field surveys in the Oku forests of the Democratic Republic of Congo (DRC), they can update that figure: They now estimate that there are 6,800 individuals left within this majesty gorilla species rather than only 3,800.

But conservationists say the news should be taken with a grain of salt — as 6,800 is still a low number for any animal population, and suggests a genetic bottleneck.

"The main findings are that gorilla numbers haven't declined as badly as feared . . . rather, than they have increased," Dr. Andrew Plumptre, lead author of the study, told Salon by email. "We show they have remained stable in the Oku region but have declined in the Kahuzi Biega Park, where rebels have been present for the past 20-25 years."

He added that chimpanzees have not declined as much, most likely because don't move in a group like gorillas but rather split up and coalesce again in a structure known as a fission-fusion social system.

"Both apes have remained stable in the Oku region west of Kahuzi where human population is very low, and there is some respect of the traditional law. Many traditional chiefs encourage conservation of gorillas and chimps," Plumptre added.

This brings up the next, and perhaps most important question: Are there any reasons for hope and, by extension, lessons for other conservationists?

"There is a need to remove the armed rebel groups from Kahuzi Biega if there is a hope to save the gorillas in the lowland part of that park," Plumptre explained. "However, there has been a lot of support over the past 20 years to conserve these apes and now traditional leaders and local communities are supportive of the conservation of these apes. The results from Oku show what is possible where rebels are not present and the local community respect traditional laws."

This, in turn, leads to what Plumptre has learned about how conservation efforts can succeed.

"The importance of local people and traditional society and laws that are respected locally has led to better conservation in the face of presence of armed rebels," Plumptre observed. "Rebel groups haven't been present in the Oku region so much and local community conservation has been successful here. The armed groups hunt the apes for bushmeat because they are relatively large and provide more meat per bullet."

This intersection between political complexities and gorilla conservation was also highlighted in the study's conclusion.

"The civil war in [Democratic Republic of Congo] and continued presence of armed rebel groups have made conservation exceedingly difficult," the authors wrote. "The focus of conservation efforts is now on the local communities that are able to live and operate in and around" the gorillas, they add.