The notion that the simpler explanation is usually right has been useful for centuries. New science may change that 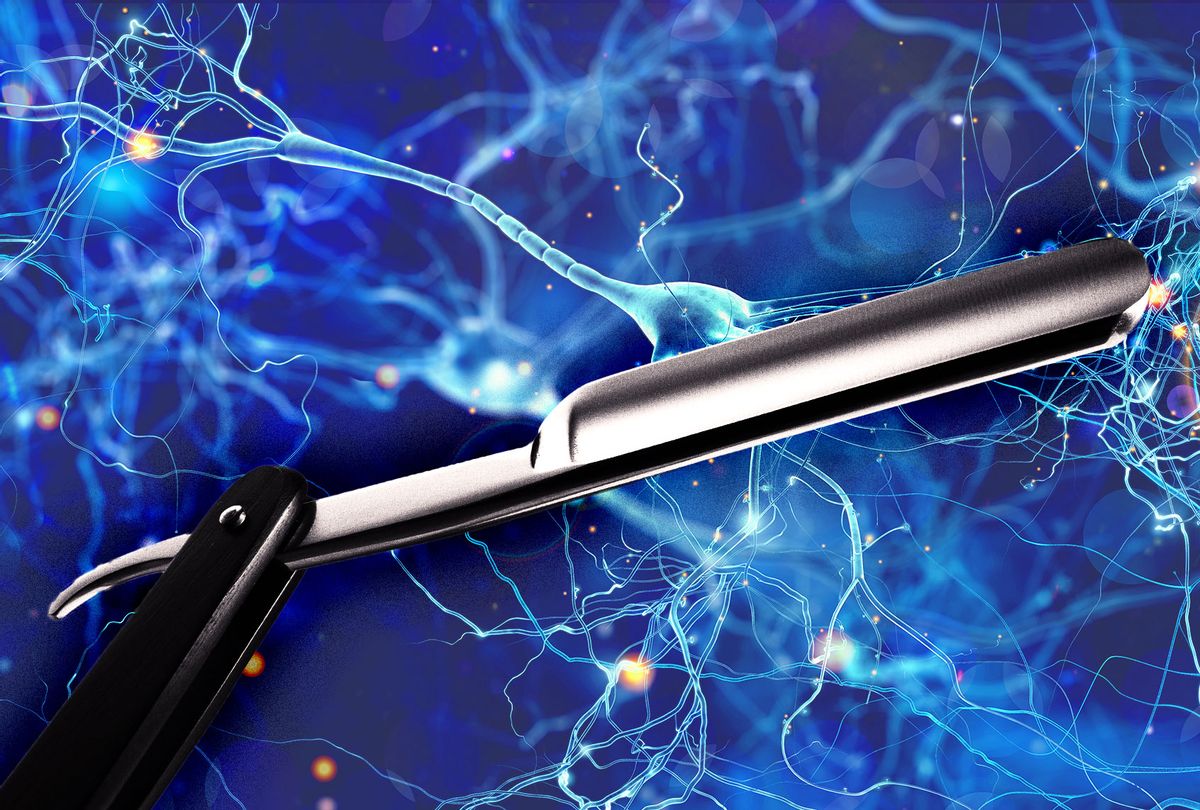 William of Ockham is the medieval philosopher who gave us what is perhaps the world's only metaphysical knife. Raised by Franciscan friars and educated at Oxford in the late 13th century, he focused his energies on what can only be described as esoterica, topics spanning theology and politics. In service of this occupation, he clashed with Pope John XXII and was excommunicated by the Catholic Church.

Ockham's exploration of the philosophical concept of nominalism and his preference for parsimony in logical arguments gave rise to the concept of Ockham's Razor (sometimes spelled "Occam"). Stated plainly, the Razor asserts that if two models equally explain a scenario, the simpler of the two is more likely.

Remarkably, this principle has been applied and contested for seven-hundred years, though the metaphor of the Razor itself surfaced after Ockham's death. Yet the boundaries of science have expanded into the territories of quantum mechanics, human behavior, and artificial intelligence — complicated fields, where "simplicity" may not always apply. To that, one might reasonably ask if Ockham's Razor is still a useful principle when it comes to science. In other words: Is the Razor still sharp?

The Value of the Razor

In his book "The Demon-Haunted World," the late Carl Sagan introduces a thought experiment of a dragon in his garage. When Sagan convinces someone to come look at the dragon, the visitor opens the garage door and finds nothing there. Sagan then counters that "she's an invisible dragon," and, naturally, cannot be seen. The visitor suggests setting up an infrared camera to catch the thermal emissions from the dragon's breath, but Sagan's dragon gives off no heat. The visitor then suggests layering the floor with flour to detect the movement of the dragon, but Sagan's dragon floats serenely, leaving no footprints nor stirring the air. At this point, most would agree with the visitor's logical conclusion: Sagan's invisible, floating, thermally-neutral pet dragon is a fiction. Ockham's Razor cuts through the chaff of Sagan's dubious explanations to suggest that given the state of the evidence – an empty garage – the most prudent interpretation is that there is no dragon.

For those who think the example above is far-fetched, consider instead some of the more outlandish conspiracy theories circulating on the internet. To their adherents, any rational challenge to them is met with a further amendment to the original theory. The theory becomes increasingly baroque and convoluted to respond to each subsequent challenge to its initial thesis.

If conspiracy theories are often characterized by a surplus of cobbled together amendments to shore up the original thesis, the challenges of many modern scientific research studies are more akin to a criminal investigation. The researcher finds an empty garage, looks inside, and attempts to infer what has transpired. The imaginative can concoct many stories to explain what they find, but each explanation will be subject to the biases of the investigator.

In his classic article, "Why Most Published Research Findings Are False" John Ioannidis explains why research that examines a "greater number and lesser preselection of tested relationships" is prone to this problem. Stated another way: "seek and ye shall find." Particularly in observational studies that capture vast numbers of predictor variables, it becomes quite possible that one or more of these many variables appears to have a relationship with the outcome due to chance alone. Preselection is important, as in the absence of a conjecture of what factors matter prior to the research, it is easier to concoct a story that links variables that may simply be random noise. This problem is compounded by modern statistical software packages that make it easy to test hundreds of variables against an outcome, even when the researcher has prior reason to believe that a given variable would be linked to the outcome.

Ockham's Razor is useful in these situations by challenging research where "everything but the kitchen sink" is tested against one or more outcomes. Sometimes, the simplest explanation of unlikely results is that the study in question is inconclusive, and any apparent relationships are more noise than signal.

The challenge of knowing where to cut

In physics, Ockham's Razor has long been associated with aesthetics. Simplicity and parsimony as formulated by Ockham become elegance and truth among Einstein and his contemporaries. It is said that Einstein was indifferent when told that experimental findings found evidence to support his theory of General Relativity. The theory had to be correct, he reasoned, as it was simply too elegant to be wrong. Or, in his own words, "the only physical theories that we are willing to accept are the beautiful ones."

But defining what is "beautiful" in science is as contentious as it is in art. Though Einstein's aesthetics were prescient, it is hard to build a scientific enterprise around such intuitions.

The essayist and science writer Philip Ball points out that Ockham's Razor has been used both to advance the "Many Worlds" interpretation of quantum mechanics as well as to critique it. (The Many World interpretation posits that there are numerous parallel universes in which all possible outcomes of binary quantum mechanical measurements are realized.)The simplicity and elegance of the theory are contingent on how we define the terms. The assumptions of the Many Worlds hypothesis may be simple, but its predictions and implications are vast and complex. So which way should the Razor cut?

It is also easier to apply the Razor when examining past paradigm changes in science than when using it to evaluate current scientific disputes. Take the renewed debate on whether COVID-19 began as a natural zoonotic illness or emerged from a lab. To apply Ockham's Razor we have to first be much more specific about what constitutes a simple explanation. We then have to ask an even more challenging question of which theory best fits the existing data. Such a question involves determining how hard it would be for COVID-19 to naturally evolve, examining both the molecular as well as the epidemiological evidence. The point being, invoking the Razor is often easier than applying it.

Nicks in the blade

Ironically the preservation of Ockham's Razor over the centuries may be due to its own internal simplicity. Simply by uttering the phrase "Ockham's Razor," it is possible to challenge everything from an interpretation of a new physics experiment, to the explanation of a social movement, to a possible account for a crime scene. The Razor has broad utility in pushing back against explanations that appear to be overly complicated or continue to amend their original thesis by layering secondary and contingent explanations in response to new challenges.

Yet in science, the Razor is just one concept that researchers might use in considering a theory. How predictive is the theory? Is it falsifiable? How well does it align with other explanations that we believe are correct? How internally consistent is it? These and many more questions all are part of the discourse of science. Ockham's Razor in and of itself is not the sole criterion for finding the truth — and applying the Razor outside of the narrow realm of statistical model selection is not so simple.

For scientists that would equate the Razor with beauty and elegance, this only sparks the question of who gets to define beauty? Past scientific revolutions have a habit of diminishing the centrality of humans; the heavens do not revolve around us, we were not created separate from the rest of nature, our minds are not perfectly rational in their function. Believing that the universe must accord with our own sense of the beautiful seems another case of hubris and unwarranted human exceptionalism.

Let's revisit the dragon in the garage. Imagine you are told that this invisible dragon can induce fatal burns without the heat and smoke of fire. You investigate further and conclude that since there is no evidence of a beast, neither the dragon nor its deadly force can exist. Hours later, you succumb to radiation burns from your exposure in the garage.

Though Okham's Razor may not be well suited to all types of knowledge, at the boundaries of scientific knowledge it offers a rubric to test hypotheses. The Razor continues to demonstrate utility to whittle down chaff at the margins. It would be convenient if the Razor alone was sufficient to settle all scientific debate. But the world, it turns out, is not so parsimonious.

Luke Shors is a researcher, consultant, and writer who focuses on global health and education.